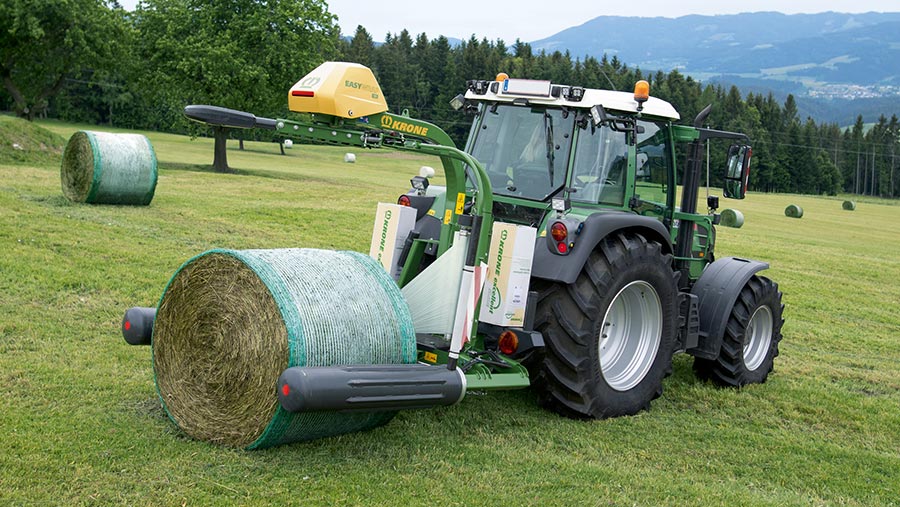 Krone has launched a three-point mounted wrapper for farmers who find its baler/wrapper combo to heavy and expensive.

The Easy Wrap 150 can handle bales from 1-1.5m and Krone claims it is the fastest three-point wrapper on the market, offering 36 revolutions per minute.

It has three modes – manual, semi-automatic and automatic – depending on what the operator requires.

In auto mode, the whole sequence is input free with the start initiated by the central bale turner being pressed as the operator reverses into the bale.

Semi-automatic automates everything after the operator presses a button to pick up the bale, while manual means every step requires a button press.

On the road, the two rollers move closer together to reduce width, while there’s also the option of mounting the wrapper on a telehandler or tractor loader. Prices are yet to be announced.