A redesigned nine-model range of Vendro tedders has been added to Krone’s grassland kit list and replaces the old KWs. 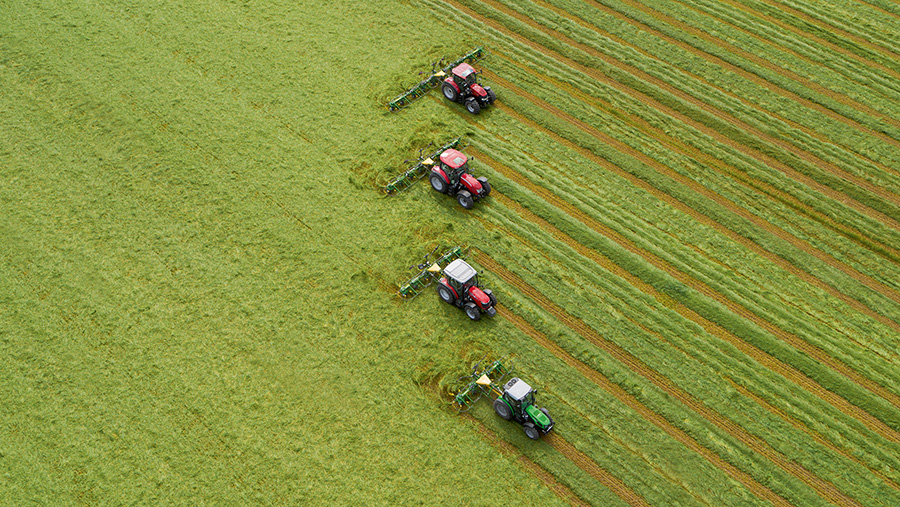 The Vendro machines are attached via a three-point linkage and use a short-end mounting concept, which means they sit closer to the tractors and shift more weight onto the front axle, reducing transport length and lift requirements.

Similar to the Highland models Krone recently launched, the new Vendros feature the Optiturn rotors and tines which sit about 20cm closer to the wheels to improve contour following. 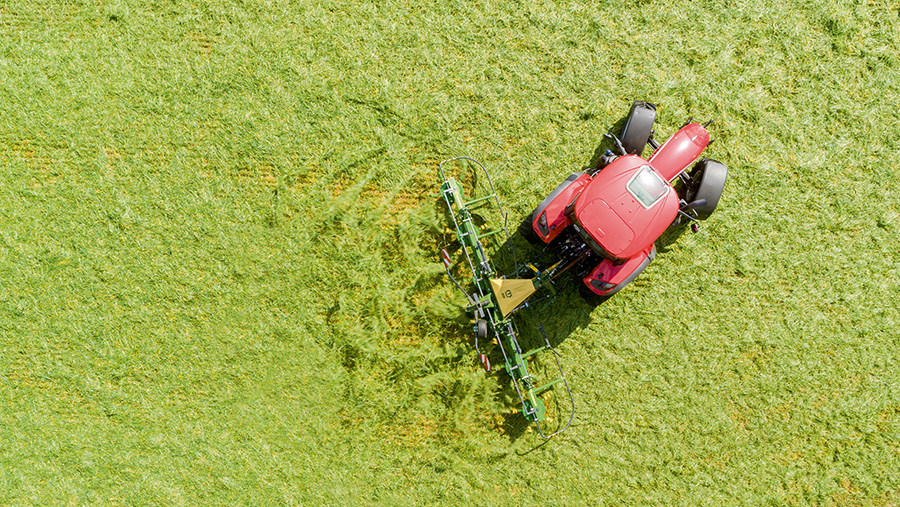 Helpfully, there are no tools needed to adjust the spreading angle and a jack system means the tedders’ wheels don’t suffer under the weight of the machine when unhooked. 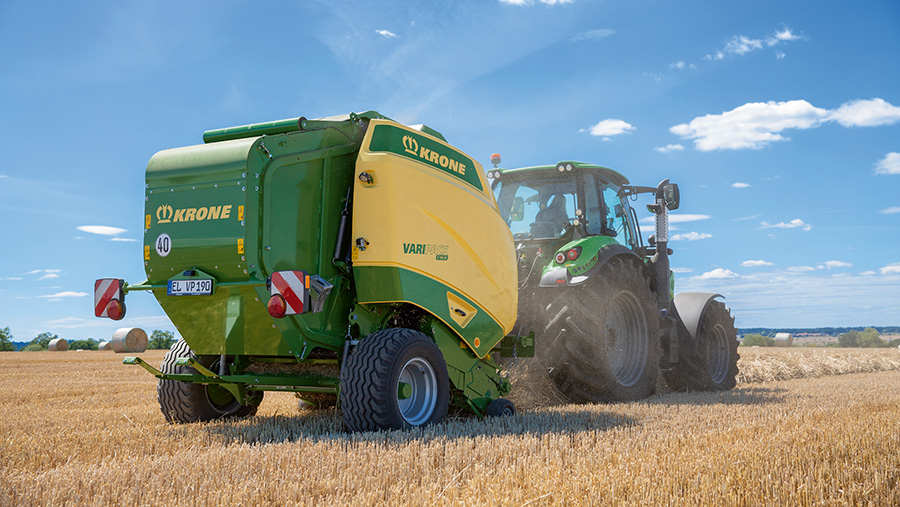 The integral feed rotor is 530mm in diameter and the firm has ditched the front-mounted feed auger, with an option of zero, eight, nine or 17 knives on the XC units.

A rapid rear door opens and closes in less than five seconds to reduce time waiting for the bales to discharge, while net tying times have also been trimmed and there’s an optional net refill chute at the side.

There are only three chains across the machine to reduce maintenance and an optional central lubrication system. All Krone’s other models remain, which include the Bellima, Fortima, Comprima and Comprima Plus.

Krone has also launched a fifth generation of its popular Big Pack square baler, which first came to the market in 1993.

The new design features a hydraulic power clean that uses two fans to blow air onto the knotters, keeping the area free of debris that can commonly cause stoppages.

There are six Varicut models that come with 26 or 51 knives, with the option of using combinations including 51/26/25/12/5 or 26/14/12/6/0. A Vario Filling System (VFS) offers electronic control of the pre-chamber to help improve bale density. 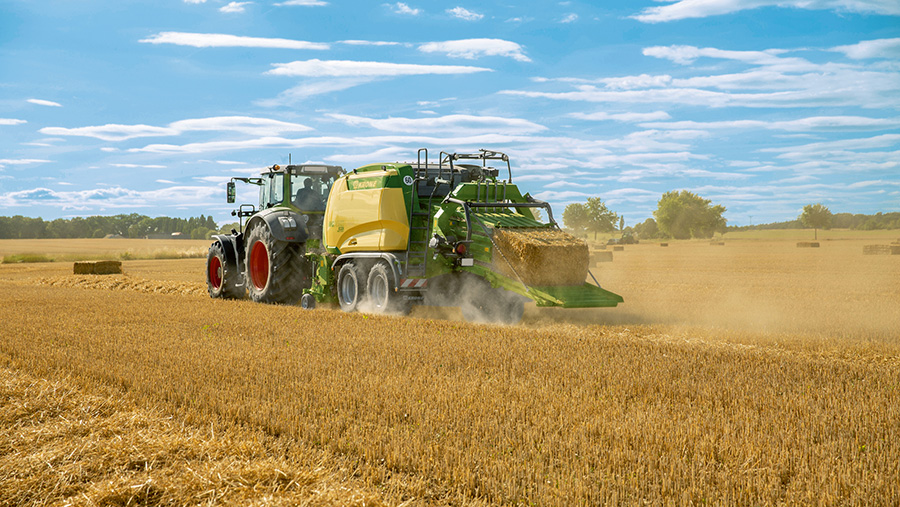 The change should produce a better bale shape and higher bale weights with settings altered from the cab, says Krone.

To help users carry more string, a hydraulically lowered twine box can store up thirty rolls of 10-15kg spools, while two additional twine boxes can increase the total to 42.

Krone still plans to offer some of the high-speed fourth-generation machines, which means there is a total of 24 Big Pack models to pick from.