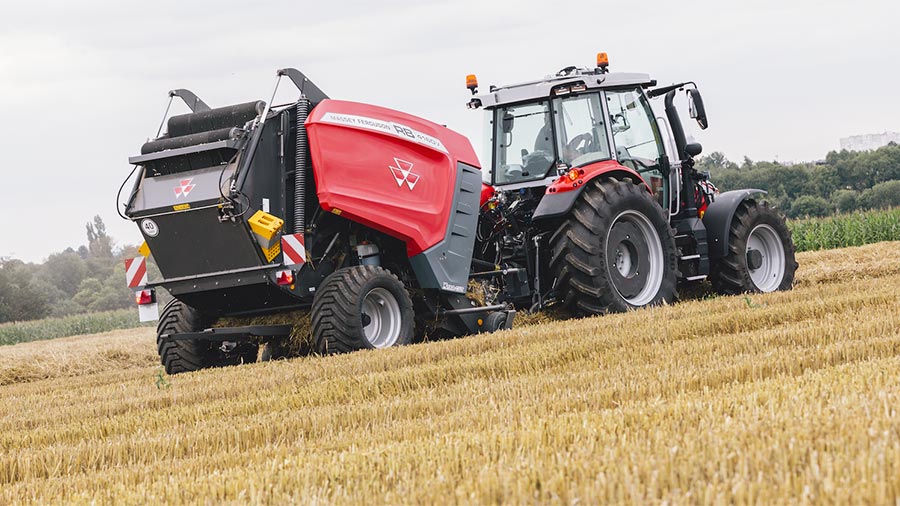 Massey Ferguson has added an “Exclusive” spec option for its RB Extra Solo round baler models that includes several automated features. These see the pick-up raised when the tractor reverses, the knives engaged during net tying to clear any debris, and the tailgate opened and closed – all without any operator input.

Bale moisture sensing and weighing is also part of the package, as is tractor implement management (TIM), which means the baler can communicate with the tractor via Isobus to automatically bring it to a halt ready to net and eject the bale.

Like the firm’s recently updated big square 2200 models, the RBs can be operated via a new BaleControl terminal on an entry-level 5in touchscreen. Other minor changes include the option of an automatic greasing kit and a redesigned bale tipper for RB Protec baler-wrapper combinations. 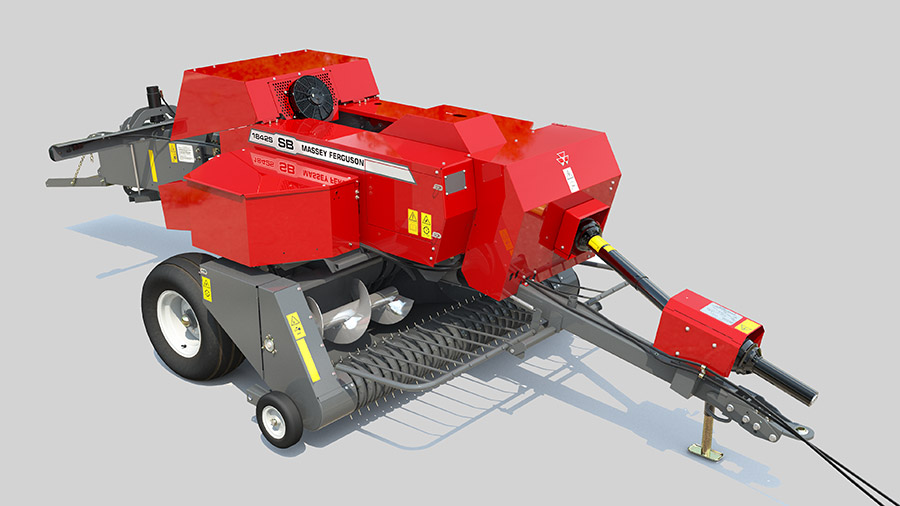 It has been developed at the Hesston factory in the US and makes standard 14x18in (355x457mm) bales – much like the firm’s established 1840 version.

According to Massey Ferguson, it uses plenty of components from the 185 big baler, which have helped increase feed-in capacity and bale density by 20% compared with  the 1840 model.

Features include a new heavy-duty driveline with a stronger primary shaft and heavier slip clutch. The 673mm-diameter flywheel is 20% bigger and heavier, too, and the gearbox should be able to handle more power and higher baling loads.

The same goes for the gearbox and plunger, says the company, with the latter offering a much longer stroke to increase torque and the reduce power requirement.

The low-profile, 1.98m-wide pick-up is inherited from the bigger 185. It lifts the crop to two cross augers and into a new tapered feeding chute, which has a wider front opening than before to increase capacity.

The chamber is also 100mm longer, with density set using an on-board hydraulic system that applies pressure to rails on the top and sides.

The Rasspe knotters are fitted with an electrical cleaning fan as standard to keep them clear of dust and debris.

Buyers of Massey Ferguson’s butterfly mowers now have a choice of conditioners to suit different crops, with two new tine (KC) and roller (RC) variants available on the 8.6m-wide 8612 TL. 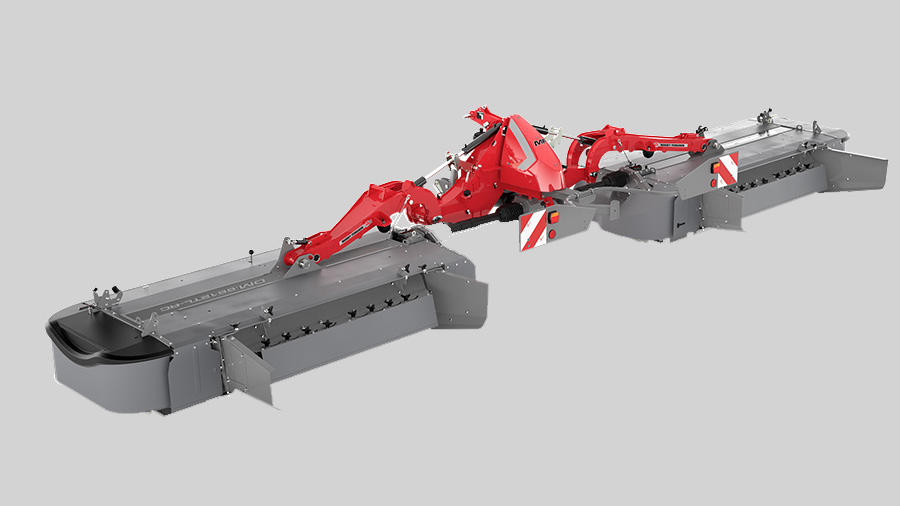 The KC has four rows of flexible tines that are 5mm longer. They process the crop against a thicker adjustable hood with four position settings to alter the ferocity of conditioning.

The RC features two rubber rollers that compress the crop, with the spiral profile producing a gentler conditioning effect for work with leafy species, such as lucerne.

The intensity of the roller pressure can be tweaked, and the sprung upper roller can lift to allow a foreign object to pass through.

It is also available with an option called Duo Drive, which powers both the upper and lower rollers – primarily for working in heavy, damp crop conditions.

The mowers come with MF’s hydro-pneumatic damping system and two-position width adjustment, which allows operators to alter the overlap with the front mower (2.8m, 3m or 3.1m models are available).

Elsewhere, the RK 1404 four-rotor rake – with working widths from 10.5m to13.8m – is now Isobus compatible and has a memory system that automatically returns the machine to its previous settings for swifter in-field setup.

Corrosion-resistant plastic guards have replaced metal ones and extra LED lights are available, too.