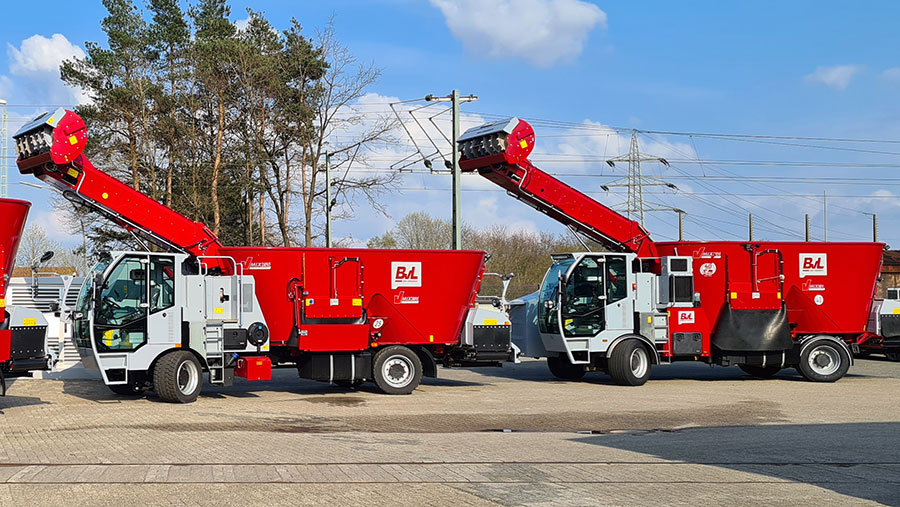 A creep speed and automatic mixing functions are among updates to BvL’s self-propelled diet feeder range – the V-Mix Drive.

The new creep speed setting has been designed to make loading the feed mixer easier at the silage clamp, with the ability to set a maximum speed and gain more sensitive control of the accelerator pedal.

Activated at the push of a button, the automated mixing function has a customisable auger speed and mixing time, ensuring the feed mix is uniform – something the maker claims increases animal welfare and health.

To save on diesel consumption, once the mixing is complete the machine automatically lowers the rpm back down to idling speed.

Both of these new features come as standard in the various size models and variants of the V-Mix Drive range.