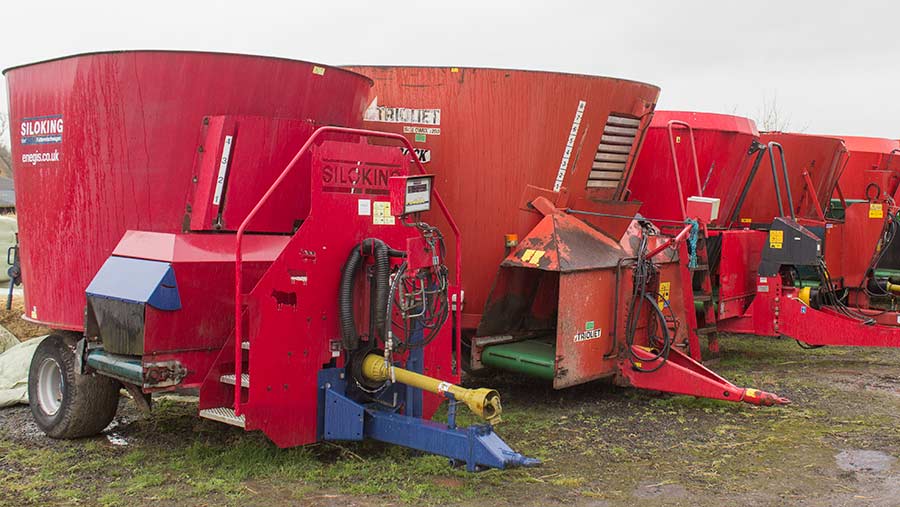 Livestock farmers might be notorious for their aversion to machinery maintenance, but that’s no reason to completely disregard the chance to snap up an older feeder wagon on the cheap.

Used wagons offer smaller beef units a pretty affordable feeding outfit to help speed up the job and deliver a more consistent ration, even if they are not eating blends quite as sophisticated as the average dairy cow.

And with larger farms running a set replacement policy of five years or less, there is always a constant flow of units dripping into the second-hand market, which means buyers can afford to be picky.

Of course, some of them will be best left well alone, as we’ll explain with the help of second-hand wagon specialist Gerry Conlon of Enegis, based in Evesham, Worcestershire. This time we’ll be looking specifically at tub mixers, but we’ll also cover paddle-type machines in another article.

The tub market tends to be a bit more competitive than paddles.

There are about 10 mainstream brands in the mix and the biggest of those (in the UK, at least) are Trioliet, Siloking (sold by Kverneland), Strautmann, BvL, Kuhn and Shelbourne Reynolds.

In general, the German-made machines tend to have a slightly better reputation.

These types of machines tend to suit farmers looking to feed 80-160 cows/load and those who include lots of round bale silage in the ration.

They are also more manoeuvrable for operating around small, awkward yards.

However, they’re a slightly riskier second-hand buy. That’s largely because they use a gearbox to transfer the drive as a standard chain and sprocket arrangement can’t handle the power required to run the machine.

It means they are better equipped to handle the heavy strain of chopping silage bales, but it is also harder to detect if there’s a problem and things can get hideously expensive should the gearbox go bang. 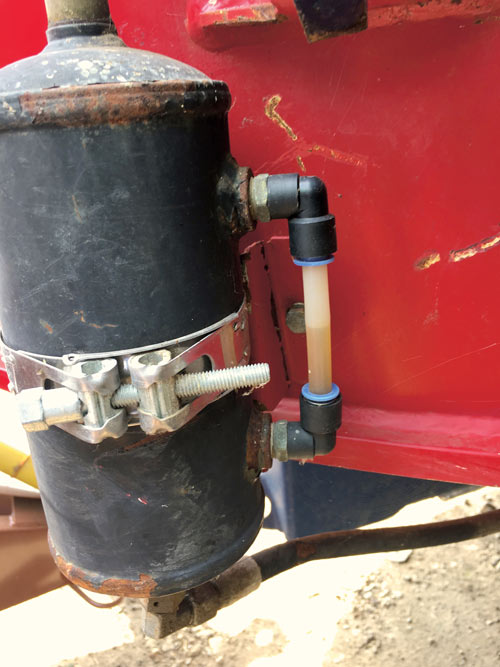 Blown gearboxes are far rarer now than they were on early-generation machines. That said, if there is an issue with the gearbox, the machine is worth very little because a new replacement will cost the fat end of £5,000.

Of course, used replacements from a donor machine come in much cheaper, but are also very difficult to find. If you’re in a hurry to get it fixed, it’s seriously unlikely you’ll be able to track one down.

To minimise the risk of any gearbox gremlins, get the machine up and running and listen out for funny rattles and clunks emanating from the cogs.

Once it has stopped spinning, climb inside and push the auger back and forth – there shouldn’t be any play. It’s also worth checking the gearbox oil to make sure it is clean and free of filings.

Bigger mixers often come with a two-speed transfer gearbox. Check they work (the fast one should run roughly twice the speed of the slow one) and that the transfer of drive sounds smooth.

Surprisingly, these two-speeders don’t tend to command much of a price premium over simple straight-drive wagons. 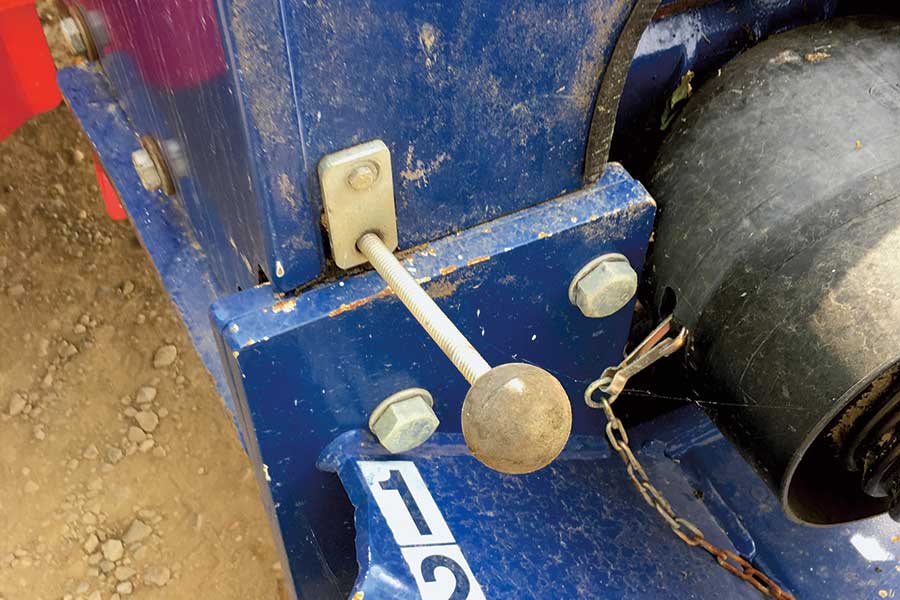 Basic models simply use a pto shaft to take the drive to the auger gearbox.

These are easily replaced for about £150, but it’s still worth checking they are in half decent order. Whip them off and pivot the universal joints to make sure they’re lubricated. 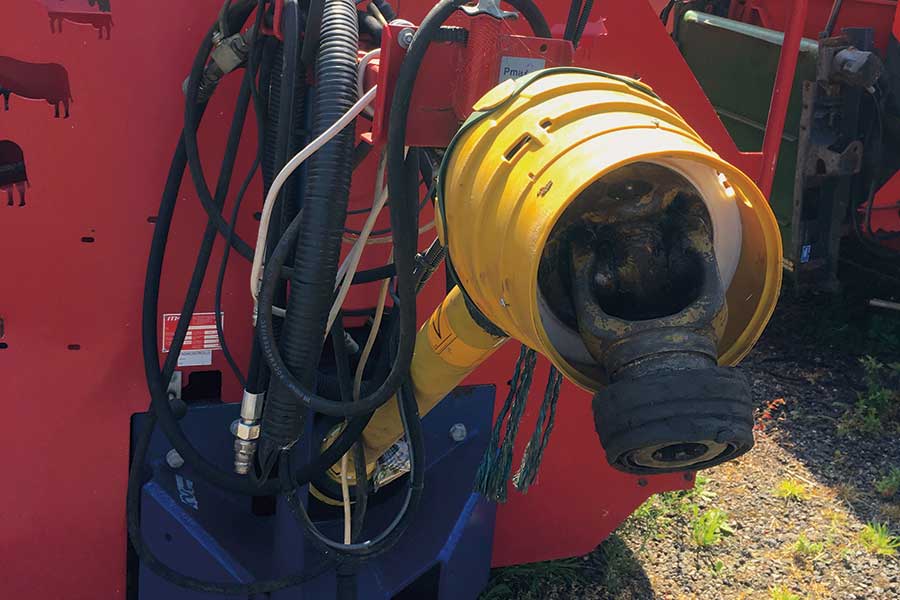 Some machines come with side doors, but those that use conveyors to dish out the food have another expensive and perishable item that could seriously alter the value of the machine.

Most are made from rubber and PVC, and it can cost from £350 up to £2,200 for a new one from the feeder manufacturer.

It’s sometimes a bit cheaper to go through a specialist company such as Apex Belting in Bury St Edmunds, Suffolk, or Rubber Manufacturing Services in Cheshire.

It’s pretty quick and easy to identify whether there’s a problem – look for scuffing and tears – but it is also important to check the state of the rubber lugs on the inside. 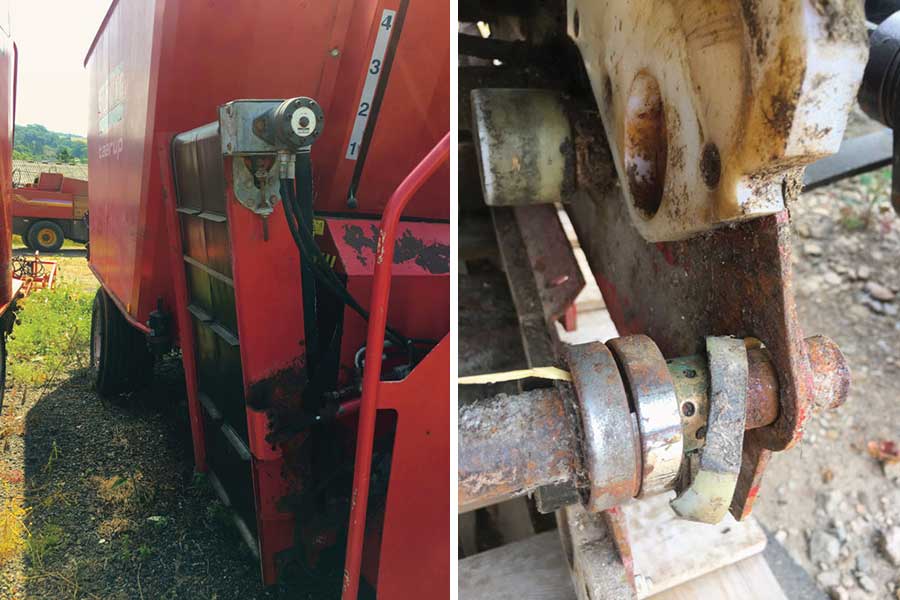 If you are making the switch from paddle to tub then it’s worth looking at something with an elevating conveyor.

Shelbourne Reynolds first came up with the banana-type conveyor that allowed it to drop feed into high-sided troughs previously only accessible with a Keenan machine, but most manufacturers now offer something along those lines.

While you’re there, check the rams that move the discharge conveyor for weeps – just wipe it clean with a bit of rag, operate the ram and then look for signs of oil.

The bearings in the conveyor are also a commonly neglected part that spend their life covered in silage, so check their condition and make sure they are still functional. 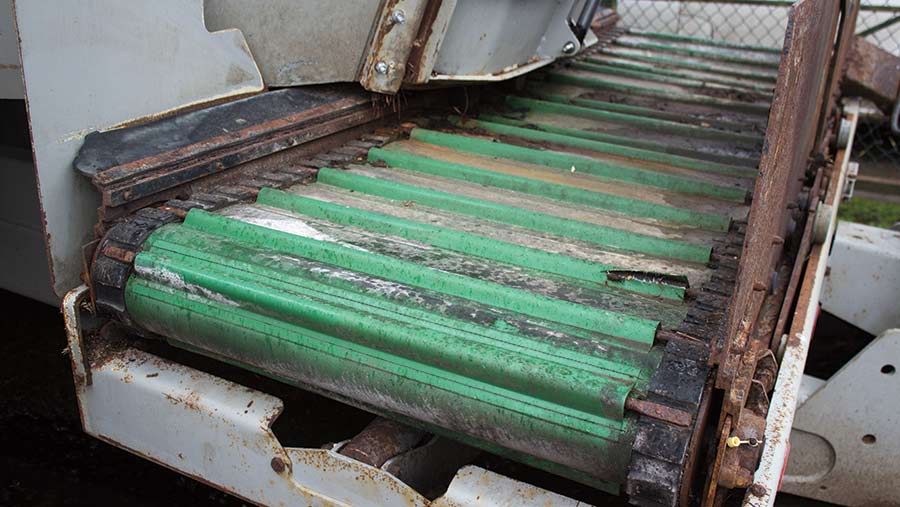 The auger spends every day in the firing line. The lower sections of the flights wear first and are expensive to replace, so be sure to check how thick the remaining metal is. 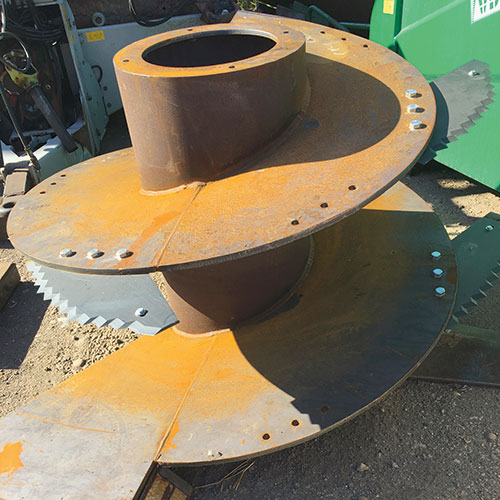 This can be done by feel – if they seem OK then the cheapest way to proceed is to fit an edging strip.

This costs about £25/m and most augers have an edge of about 11m.

If they’re wafer thin and worn past the point of saving then a reflight will probably run into the thousands.

Recently, Strautmann decided to start fitting heavy-duty wear strips on new models, which should extend the life of the flights considerably.

Generally speaking, manufacturers have beefed up their auger construction in recent years, so newer models tend to be a more reliable bet.

If you can find a model with heavy-duty 22mm or 25mm flighting, then even better.

The caps and knives are two other replaceable parts on the augers, but they are far less expensive that the flights. 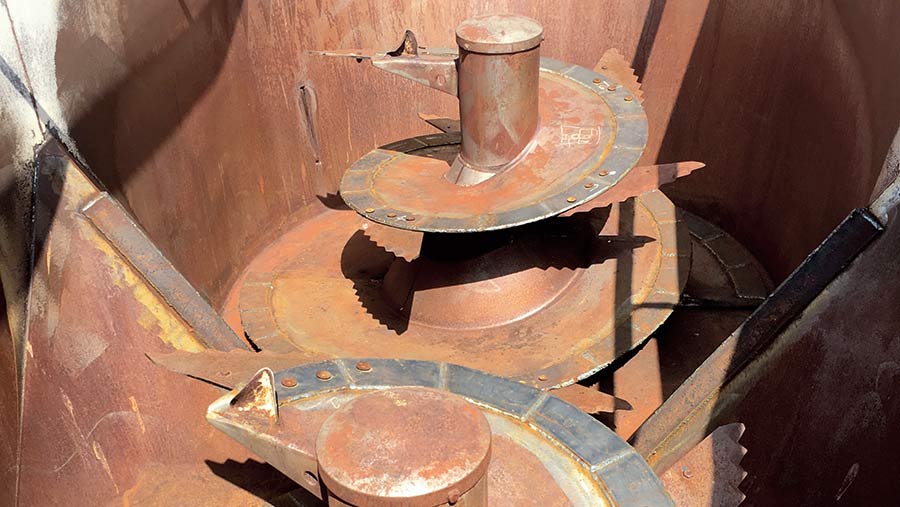 Re-edged auger plus caps and knives

As with the paddle-type machines, constant churning eventually wears out the tub walls. Typically it’s the bottom metre that suffers the worst, but the sections can be replaced. It’ll cost about £1,800 and will take about 16 hours for a larger machine.

Surprisingly, the floor section is rarely problem – they tend to be made of thick, good-quality steel.

As a guide, here are a few examples of the types of machines you can get and what you might expect to pay for them.

The debate around whether to run a tub or paddle-type machine has been rumbling on for almost two decades now and, in that time, there’s been a huge shift in demand.

After arriving in the early 1980s, Keenan’s paddle-type feeder dominated the pre-millennium era and, at one point, had as much as 95% of the British market.

Its ability to chop and mix material thoroughly was considered revolutionary at the time, but they have slowly been elbowed out by tub-type models – a design Keenan had been reluctant to consider until the recent takeover by Alltech and subsequent tie-up with Storti.

Almost all of the early tub-type machines hailed from Italy – a company called AGM was the first to sell them – and they had several perks over their paddle rivals.

Most significantly, their upright layout made them more manoeuvrable around the yard and they are also much better at chewing up round bales of straw and silage.

The earliest models had a few reliability problems, but the manufacturers cleaned up their act pretty quickly and the gearbox problems dried up.

They have had plenty of success, too – the paddle machine market share has shrunk pretty drastically and all of the main manufacturers, including Keenan, now build a tub.

Enegis sells second-hand feeders of all shapes and sizes from its base in Evesham, Worcestershire.

Wagons are typically specced up to order, so once you have picked a machine, you can decide how much of a refurb you might want to give it. For instance, a 17cu m model could cost anything from £6,500 to £15,000 depending on whether it’s sold as seen or renovated to a near good-as-new standard.