Armed with a £50,000 budget, he went in search of a reliable used machine that would be able to saw through the 10,000-plus bales he had already lined up for the summer. 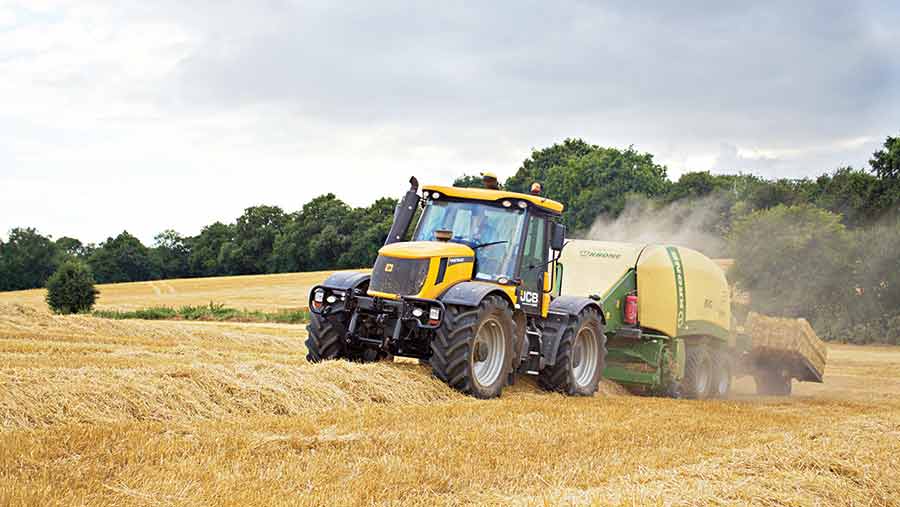 But with few suitable machines cropping up in his price range, he turned to an ex-demonstrator Krone Big Pack 1270 Multibale for sale at his local dealer, RW Crawford.

Costing £75,000, this was £25,000 outside his original budget, but it had only worked one season, had just 3,000 bales on the counter and had the added benefit of being able to produce up to nine mini bales within a 9ft big bale.

We caught up with him after it had charged through a full season’s work in his ownership. 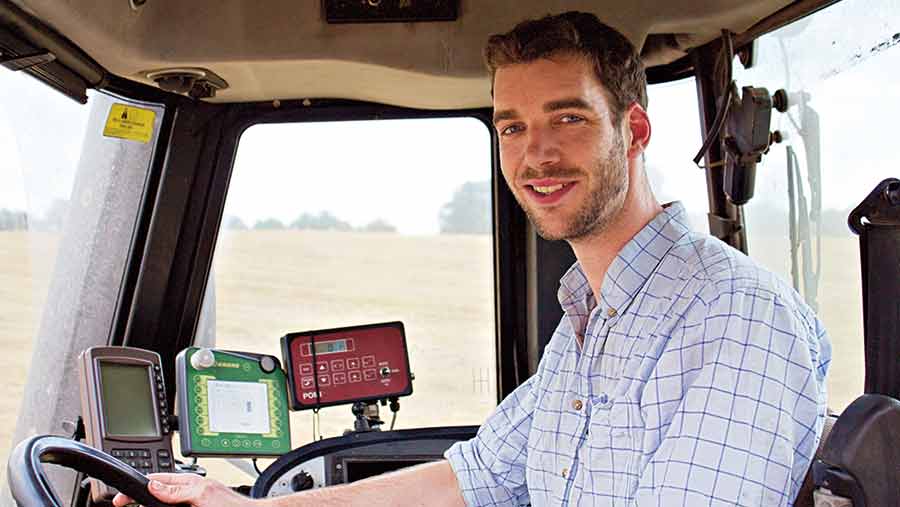 I have always been impressed with the quality of Krone machinery and I like the fact that the company specialises in forage equipment.

Another attraction is the fact that my local dealer, RW Crawford, sells them, so I get good backup too.

I went for the Quadrant-sized 120x70cm machine as it is really versatile. It is just big enough for doing straight big-bale straw and it has the added benefit of the double knotters and multibale function.

There are also plenty of people out there with 120×90 machines who I didn’t want to compete with directly.

How much power do you need to pull it?

I’m running mine on a 200hp JCB Fastrac 3200 and it’s just about powerful enough for the job. However, in really light, dry crops I was struggling to get up to speed on the steepest banks to keep the bale density up.

Ideally, you want one revolution of the baler to pack one full flake, but if you can’t go fast enough you need to drop the speed right down and do two revolutions, which seriously hampers progress.

Sometimes I also found it hard to keep the bale density up when multibaling, particularly when the straw was a little damper.

The tractor could do with having a soft-start pto too, as it almost stalls when you put the baler into work.

However, it varies massively depending on the thickness of the crop and how much travelling I have to do between jobs. Multibaling slows me down a bit, too.

This year I felt my output was reduced by the fact I had to wait a few days until the straw was fit. So for next year I’m thinking of investing in a front-mounted turner.

Hopefully by turning some of the straw behind the combine I will be able to reduce the amount of time I’m parked up waiting.

How much demand is there for multibales in your area?

There has been a steady demand and I have done about 1,500 straw multibales this year. Most of them have been eight 1ft packs, but I made a few twin 3ft packs for a local diary farmer to put under youngstock he was feeding in some small yards.

I have also done quite a few hay and haylage multibales for equine customers.

There’s definitely a market for selling small numbers of bales to single customers, but I’m just weighing up whether the premium for selling them direct rather than through a wholesaler is enough to warrant the extra work.

How much do you charge?

For contract work I charge £4/bale for a straight 8ft pack and £4.25 for multibaling.

That can be anything from two bales in a 6ft pack to nine in a 9ft pack. I’m selling straw that I have bought in the swath at £40/t for standard 8ft bales and £42.50/t for multibales.

I also have a few 8ft hay multibales that I am selling for £50/bale. 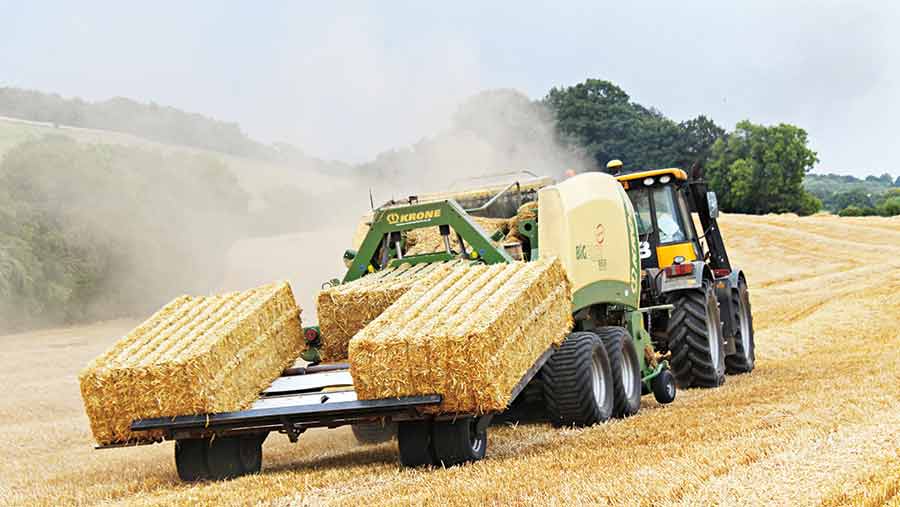 Any breakdowns or niggles?

I have only had a couple of breakdowns. One was a broken knotter and the other was the pickup pto popping off its splines. Both were replaced under warranty and didn’t hinder me for long.

The most annoying thing about the baler is the bale pressure release button in the control screen, which is far too easy to press by mistake.

If you don’t spot that you have touched it, you loose all pressure and it takes two or three bales before it’s back where it should be.

In really bulky swaths left behind 40ft combines you can also get straw bulldozing on the pickup crop roller. To get around it I am thinking of adding an extra roller on the front linkage.

Why did you buy a bale accumulator?

When I was phoning around to line up work, quite a few customers said they preferred 120x90cm bales as there were fewer to pick up. However, when I threw in the offer of grouping them into pairs at no extra charge, they seemed more interested.

It has worked well, but I have had a few problems with the automatic release system triggering at the wrong time. Pomi has improved the system on newer models and I’m planning to swap to this version in the winter.