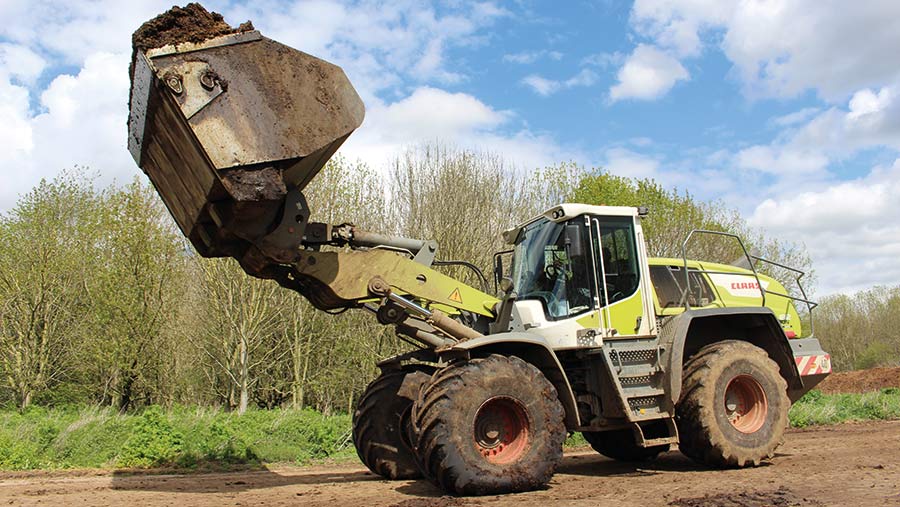 We get the lowdown on the Claas Torion 1812 loading shovel run by Norfolk contracting outfit Spring Farm Partnership.

A pair of long-in-the-tooth loading shovels – a Volvo L110 and a JCB 435S – had taken care of the lifting and shifting at Spring Farm Partnership for almost a decade.

But as age caught up with both of them, and the latter’s hydraulic performance tailing off to the extent that it couldn’t complete a full lift without lashings of engine revs, it was time for a change.

After demoing like-for-like replacements, it was a trial of Claas’ Torion 1812 that made the biggest impression.

Despite initial concerns over its extra weight and size compared with the 435S, an hour in a soggy field loading muckspreaders proved the Torion could tread lightly and was just as manoeuvrable.

That was enough to seal the deal and an ex-demo machine arrived on-farm in late 2019.

Two operators share the workload, with Andy Thurston handling the majority of muck loading throughout winter, and Jack Lanham taking care of the clamp.

Between them, they clock up about 1,000 hours annually. 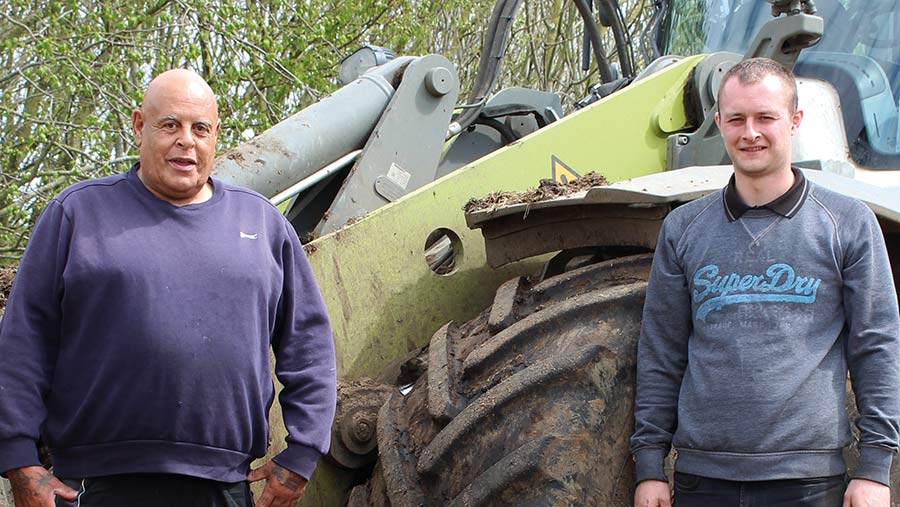 The biggest change from the old JCB and Volvo is that the Torion doesn’t require loads of revs to get the hydraulics working, as max power is available at just 1,100rpm.

There’s no need be heavy on the throttle and we’ve noticed that it drinks hardly any diesel when on muck loading and clamp work, which is probably helped by only having four engine cylinders and the transmission being nearly all mechanical at low speeds.

We can shift a trailer load of maize or rye in one push and don’t need to hit it at speed to get it moving. Balance is good, too, and there’s enough weight on the back end to keep it grounded when the 6cu m toe-tip bucket is brimmed.

It also has great views all round, which definitely makes life easier on the top of the clamp when we’re trying to get cosy with the edges.

We contract for some smaller farms and were concerned about the size of the Torion, but the turning circle isn’t that different to the JCB and there is a rear camera to avoid clunking anything.

The cab is a good size with plenty of space and the joystick has proportional loader controls, forward and reverse shuttle and a switch for the third service.

We also have luxuries such as return-to-dig but whenever we’re on soft fields or clamp work, we find that having manual control is easier than being governed by a pre-set height – the joystick is super smooth so tiny adjustments are easy.

It’s all neatly arranged with a bank of buttons on the right-hand pillar for boom suspension and electronic handbrake, while the 7in screen gives quick access to settings and clear readouts.

Access around the machine is good, with walkways and handrails on both sides making engine maintenance and window cleaning a doddle.

We are really pleased with it, but power on the road does let it down.

It will pootle along quite comfortably at 46kph, but when we hit a slight incline, there’s not much left in the tank and forward speed quickly falls away. We can be down to 37kph on some steeper roads.

Junctions must be approached with caution, too. The key is to keep a steady pace going and judge the traffic to avoid stopping, as it can be a nightmare to get going again.

We reckon this is one of the hangovers from converting a construction machine, as they’d rarely have to go on the road.

It is also thirsty on long journeys – some of our farms are 25 miles apart and it will see off a quarter of the 280-litre tank in that time (about two hours).

That’s in stark contrast with loading work, where it barely uses a drop as it runs at such a low rpm.

The Cmatic transmission switches from nearly fully mechanical at low speeds to more hydrostatic drive on the road, and this is where the power seems to be lost.

However, the box is super smooth and comfortable to use – we reckon the lack of oomph on the road is the compromise.

One other thing we would do is make the front mudguards a little longer to stop the cab getting covered with road spray in the wet.

We’d certainly have another Torion as there is little faulting it, but the road speed is something we’ve had to work around, especially when loading muck – it has to leave an hour or so before the Fastrac and spreader to arrive at the same time.

The latest JCB 435S would be on our list, too, as it seems a little more suited to shuffling between locations on a regular basis, but it will be a few years yet before we do anything – we had our last JCB for nine years.