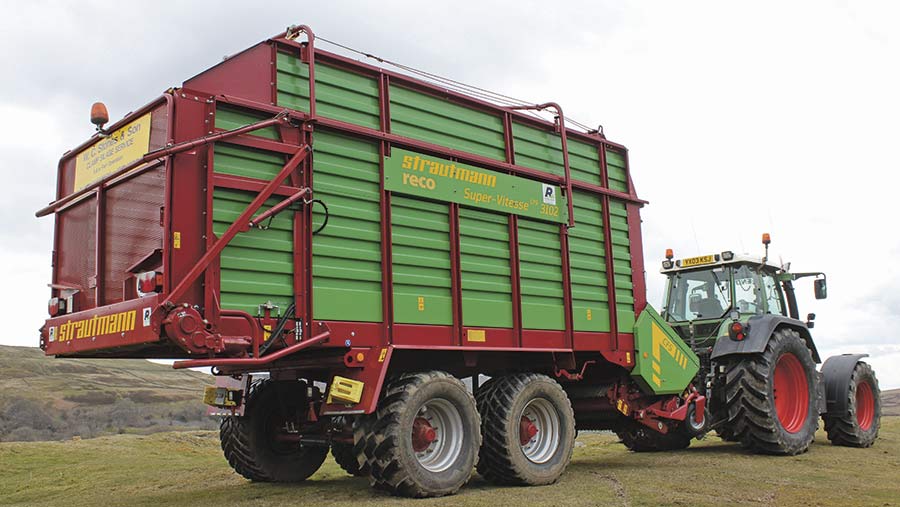 Why a forage wagon?

I have been keeping an eye on the forage wagon market for a long time, but they went through a dodgy phase in the 1990s where reliability and build quality was poor.

Things have improved since then, and the wet summer of 2007 forced my hand. The local contractor was well behind, so I decided to take a punt and bought an early Strautmann Super Vitesse.

I liked the idea of collecting large quantities of silage and getting it to the clamp fuss free, with no need for a huge gang of men or big fleet of machinery.

We now run three of them – two Strautmanns and a hired-in Pottinger – that can cover 80ha/day. You would need a big self-propelled and five or six trailers to keep up with that, and I reckon it would cost an extra £45/ha, too.

Fuel alone works out £12/ha cheaper than a forage gang. We are in a competitive area, so anything that sets us apart is a benefit.

Why did you go for a Strautmann?

We bought our first Super Vitesse in 2008. I picked it because it offered good value for money and the standard spec was generous.

It’s the same story with the SV 3102 that arrived as a pre-production machine from Russells in Northallerton last year.

They are well made, and there is something reassuring about buying from a small, specialist company.

On an average job we can cover 2-2.8ha/hour provided the haul isn’t too long. In a day that equates to about 24ha in first cuts, but our record is 40ha in a thick third-cut.

We use a 205hp Fendt 818 to pull it, which averages six litres/ha, but can drop as low as three litres on level land.

The problem is that there is not much of the flat stuff around here, so the Vario gearbox is a godsend when it comes to climbing up the steep hills without having to drop a cog and lose all momentum.

The quick-release, double-sided blade system is one of the biggest plusses, particularly because we take them out and sharpen them daily. Each set lasts about 1,000ha, but I can have them swapped in 10 minutes if we hit a few stones.

I have also been impressed with the low power requirement – Strautmann seems to have got the gearing just right.

The staggered pickup reel tines and fluted CFS roller help even the flow across the width of the pickup, preventing power surges that can increase fuel consumption. It also helps maintain 12-16kph forward speeds and I reckon we can fit up to 20% more crop in each load.

The other big thing with the new model was tyres. I went all out and specced 560/45 R22.5 Nokian Country Kings, which were expensive, but rated to well over 100kph. With us travelling up to 50 miles from base the wagon can be away for three months at a time, so decent running gear is imperative. 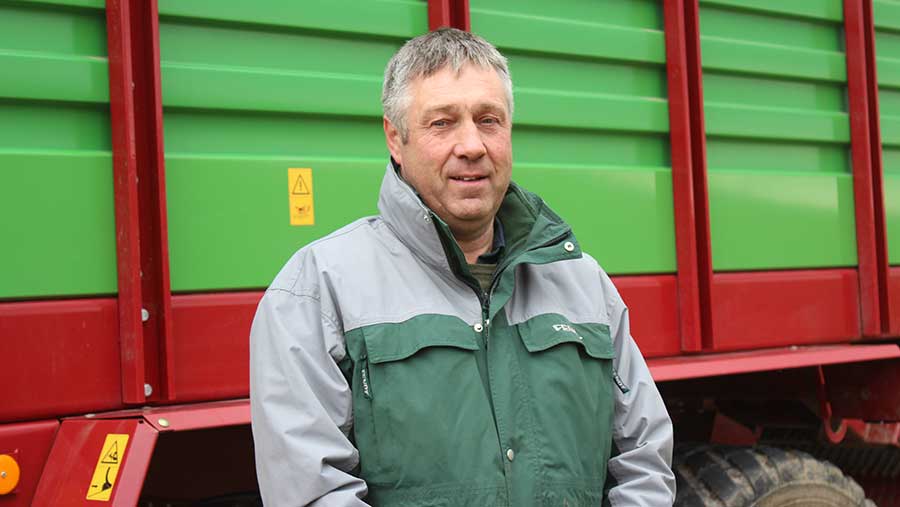 Ideally, it would be fitted with a slightly longer drawbar. We have had to remove the stand because it was constantly scuffing the rear tractor tyres on sharp turns. Being without the stand isn’t a big deal, anyway – the wagon stays on the 818 for the entire silage season.

There’s no auto-sharpening on our model, either. It is also a good thing – it means we have to get out and check them, and only sharpen them when necessary. It is easy to get lazy with an automatic system.

Grass quality and chop length have been pretty good and all our customers have been happy – there’s no doubt it can compete with a forager. 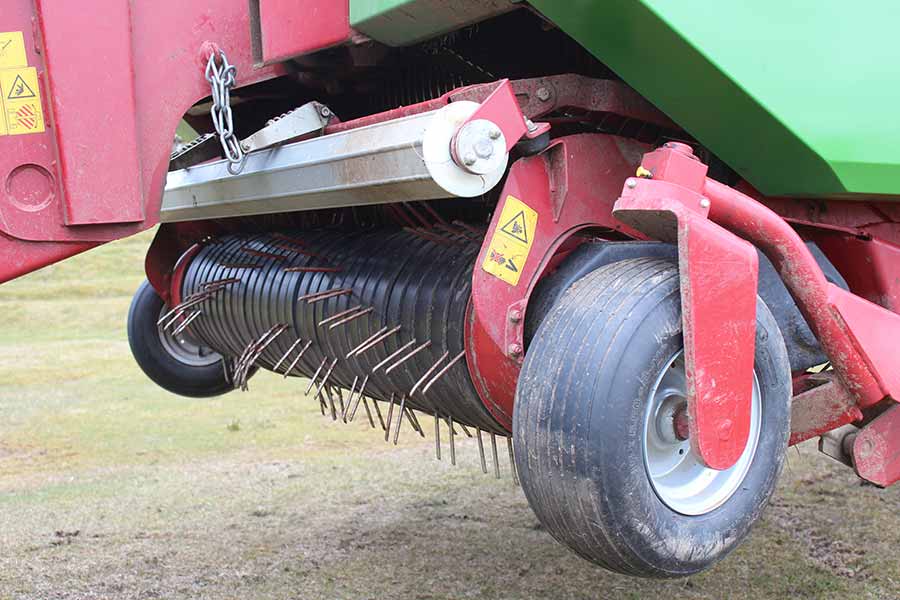 The mower on the Strautmann Super Vitesse

Have you made any modifications?

We sourced an additive tank to fit on the tractor’s front links because, like most manufacturers, Strautmann doesn’t offer one.

We keep the wagons on a four-year rotation – two years on the front line and two years as a backup. I’ll definitely buy another one because the size and spec of the Super Vitesse suits our needs perfectly.

The floor chains have a limited life expectancy. They will probably do about 10,000 loads, so ideally we would move it on before then. The second-hand market has traditionally been quite strong, particularly with exports to Ireland, but things have slowed recently.