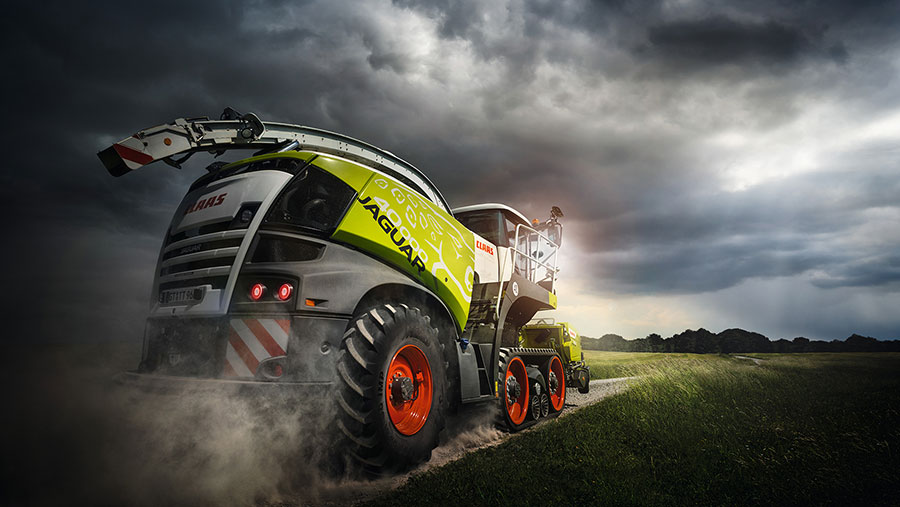 A landmark Jaguar self-propelled forager recently rolled off the production line at Claas HQ in Harsewinkel, Germany – the 40,000th model since 1973.

The original SF60 that started the ball rolling back then is a world away from the milestone Jaguar 960, which has been given a striking paint job and features the firm’s Terra Trac unit bolted in place of the front wheels.

The German firm has also launched a new satellite-correction signal called Satcor, which is accurate to below 15cm. It supports both GPS and Glonass and is compatible with Class S7 and S10 terminals.