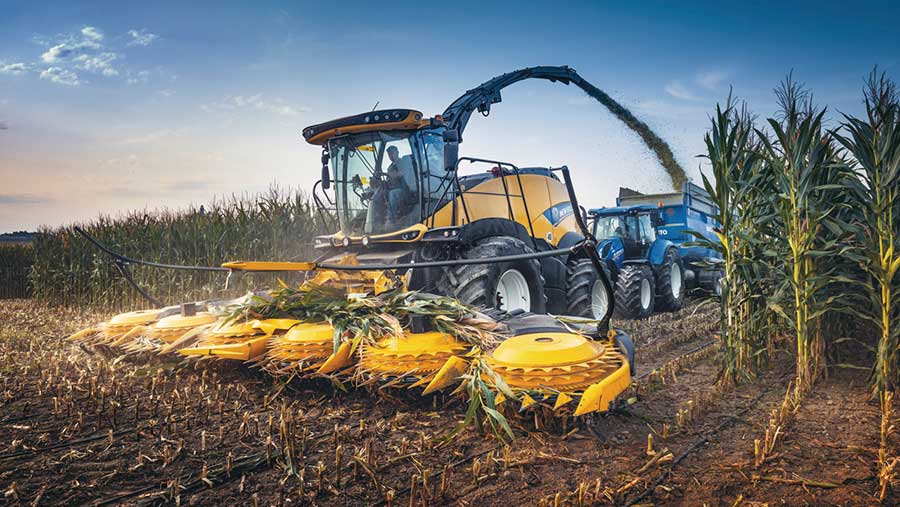 The launch of New Holland’s range-leading FR920 forager in 2017 flung the company into a battle at the top of the chopper market, but it has so far resisted the urge to engage in an all-out horsepower war.

Instead, New Holland is focusing on getting maximum performance from its engines – an approach that seems to have done no harm, with the firm apparently quite chuffed about raising its share of the 130 units/year market to a little over 10%.

The Belgian-built 920 replaces the old FR850 at the top of the Forage Cruiser range and, as New Holland’s biggest model, has been given beefed-up feed rollers and a heavy-duty crop processor to cope with the extra power and throughput.

Chunkier metal and more aggressive teeth in the feed roller department have apparently improved the smoothness of crop flow and extended life expectancy. The intake channel has also been widened to 860mm to handle thicker crops or faster forward speeds, with six solenoids on the second roller working to detect any metallic items ahead of the shear-bar.

The chopping internals remain pretty much as before, with chop length ranging from 2-33mm, depending on the number of blades specced in a chevron-style cylinder layout. Eight- and 10-blade versions will suit grass work, while 12-bladers offer the flexibility to deal with grass or maize crops.

There are also maize-only 16- and 20-blade drums that are likely to be combined with the firm’s new heavy-duty crop processor. The DuraCracker system carries rollers with 100 and 130 teeth, and can be ordered with a speed differential of 30% or 40%, depending on the processing power required.

The company says this is helping it achieve better chop quality and consistency – standards that are coming under intense scrutiny from AD plants that have cottoned on to the potential gas yield drop caused by inconsistent chop length and poor kernel cracking.

Opting for the high-performance processor adds roughly £8,000 to the price of the standard version, but New Holland believes more biogas plants will be stipulating such setups to improve uniformity. 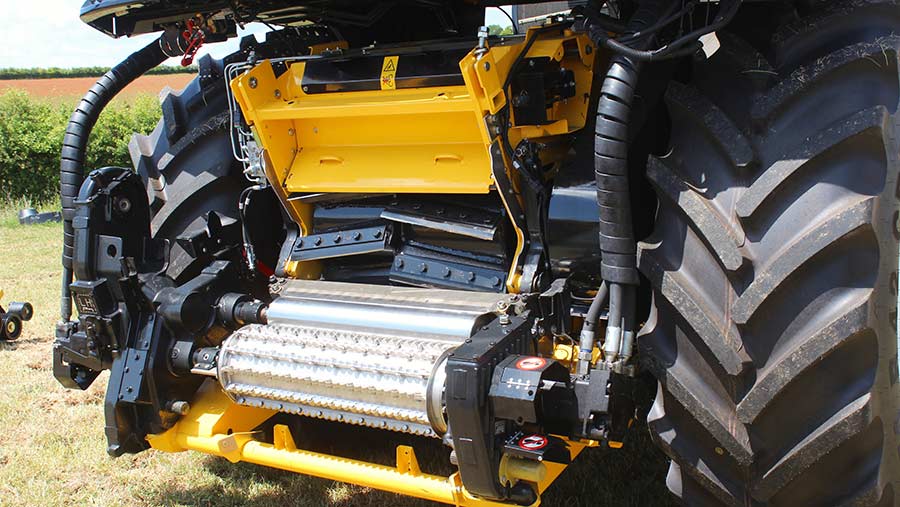 New Holland is making plenty of noise about the 920’s engine and the perks of having a close relationship with sister CNH outfit FPT. This is apparently helping it deliver a better service, having previously had to rely on Cat for engine support.

While the smaller 650 and 780 share their engines with the CR10.90 combine (FPT’s Cursor 16), the 920 has been given a motor mapped specifically for forage harvesting.

The 20-litre V8 block hits its peak 911hp at 1,600-1,800rpm and the shape of the power and torque curves mean it should respond quickly when it gets bogged down.

FPT also got involved in the design of the engine bay, insisting that the block was mounted lengthways to improve air flow and reduce the likelihood of hotspots developing that could eventually cause fatigue.

Drivers can work in one of two driving modes. The first is eco, which has a high range (2,100-1,950rpm) for grass and a lower range (1,850-1,700rpm) for maize. Once the operator has set the desired engine revs, the computer works to keep the engine fully loaded while maintaining forward speed.

New Holland calls its second mode Power Cruise. The system has been available on the firm’s other foragers for some time and automatically tweaks engine and ground speed in relation to actual load. This means engine revs drop during headland turns or are cranked up to handle heavier crops. Apparently, potential fuel savings can be as high as 15%.

At the back, there is a mechanical four-wheel-drive system that sees power taken to the rear wheels via a prop shaft. By comparison, most of the 920’s rivals opt for a hydrostatic setup.

The rear axle has also been strengthened to handle big 710 wheels and a Terralock system is able to engage/disengage the rear-wheel drive according to steering angle, which should reduce scuffing on headland turns.