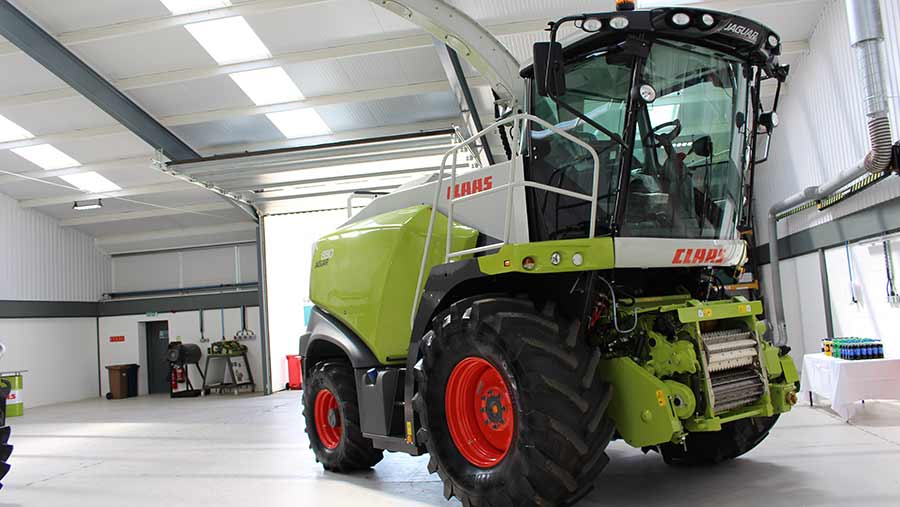 The four-model Jaguar 800 range now has a new model in the form of the flagship 880, which has the same power as the larger Jaguar 960, but in a compact and cheaper guise.

Details are sketchy at the moment, but it will run the same 15.6-litre Mercedes lump as its smaller siblings and some of the bigger 900 range.

Claas says this machine has been created to fulfil customers’ desire for more power from the 800 models, as they see the contractor-spec 900s as too big and expensive for what they need.

Designed as a long-chop model offering lengths of 5-21mm with a full set of blades or 10-42mm with a half set, the new 880 will have service intervals of 500 hours.

Aimed at large farms and contractors, it is going into a five-way slog-fest against JD’s 8000-series, Krone’s BigX 630, New Holland’s FR650 and the Fendt Katana 65.

Prices and availability are yet to be released.

Claas has moved to block companies such as Agra GPS (featured in 6 July issue of Farmers Weekly) from accessing the Canbus system on its latest-generation Lexion combines.

Although the company states that it is pleased to see more terminals coming onto the market to open up the communication channels, the firm prefers to direct its customers through the 365FarmNet data platform, of which it is a major shareholder.

This means that an “unlock” code – costing £1,500 – is no longer available for 2018 Claas Lexion models in Europe, which would have previously allowed access for external companies to transfer yield and other data. Claas says it has done this in order to protect customers’ data and prevent the system being infiltrated.