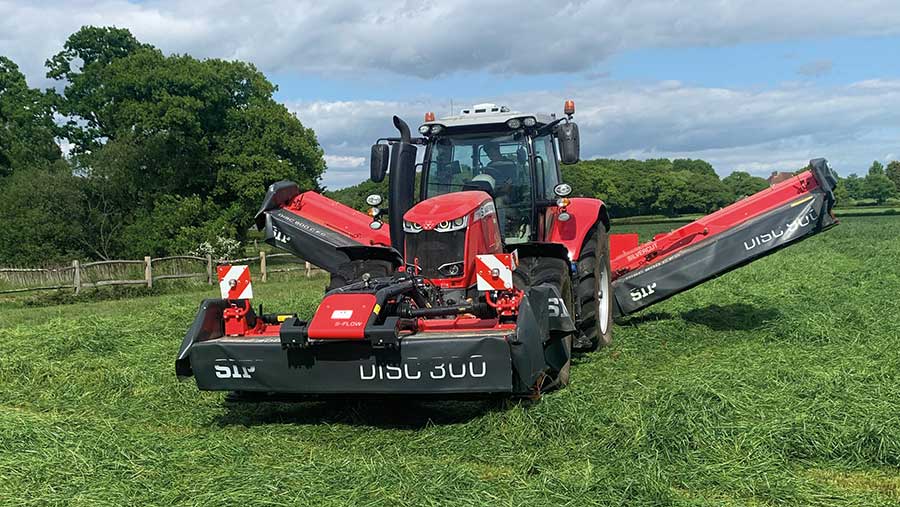 We find out what it’s like to work with SIP triple mowers run by West Sussex haylage specialist Chris Harris, driven by Will Kitcher. 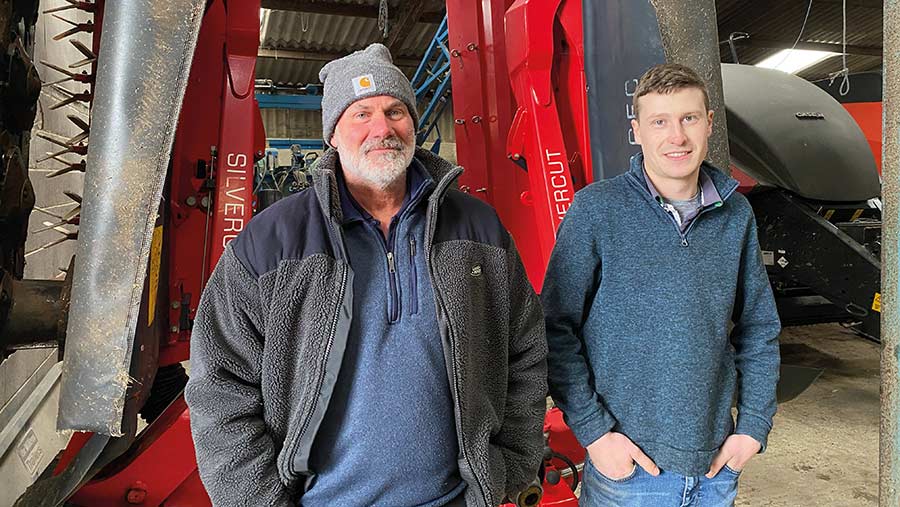 What made you choose SIP mowers?

They might not be everyone’s cup of tea, but they were so much cheaper than anything from the mainstream manufacturers.

It’s not a completely unknown brand, either – it has been around since the 1950s and, considering the company used to make mower beds for Claas, it has a decent track record.

Before the triples, I ran two mounted rear SIP Silvercut 340s combined with John Deere 131 and SIP 340F fronts. Ironically, it was the John Deere that tended to struggle to keep up. 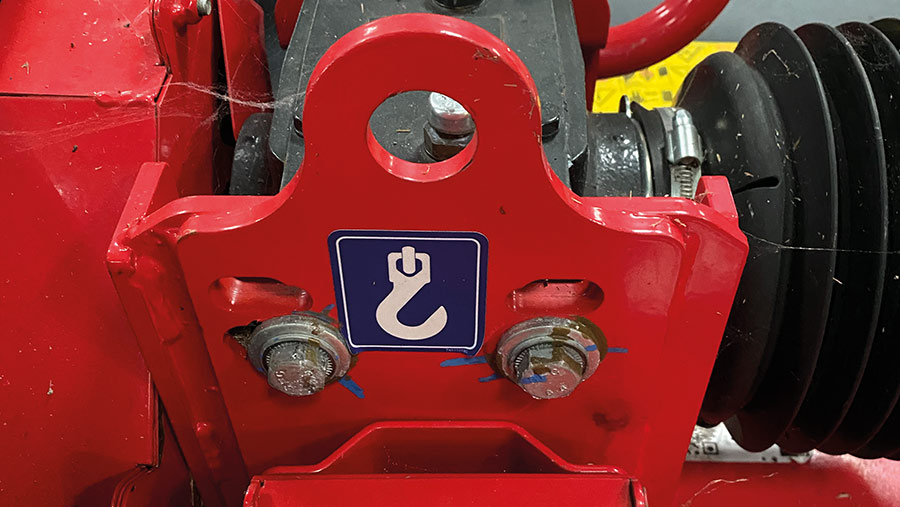 However, I only did that for a year before deciding to streamline the system and cut more with a single tractor. We want to make good-quality forage, so getting it cut and baled efficiently is key.

I stuck with the 3.4m front mower to start with, as it meant I’d have a decent overlap between front and rear, but I hated it.

It was like going up the road with a 12ft gate strapped on the front and didn’t feel particularly safe – which is why I’ve ended up with a pull-type 3m version instead.

SIP’s triples are light and take surprisingly little horsepower to run so, for the first year, they were on our John Deere 6930.

It’s much heavier than the 6930, more stable on the road and it’ll happily cruise along at 13kph in the field.

I’ve had a lot of mowers in my time and the SIPs are up there as some of the best.

They cut cleanly, take hardly any power to run and I’ve had very few problems.

The reversible blades last for ages, so much so that I’m still on the boxes of freebies that came with the mowers. I turn them a couple of times a season, but it obviously helps that we’re cutting our own grass and know where the obstacles are.

Plus, I like to leave a 3in (76mm) stubble, as we find the grass grows back quicker and it helps avoid mole hills and stones that contaminate the crop.

Similarly, we haven’t once broken the four shearpins that protect the driveline on each assembly, though the break-back system does occasionally trigger in fields with loads of mole hills.

And we’re just starting to replace the Hardox wear skids – partly because we’ve had a couple of dry summers and the ground has been fairly abrasive.

The nylon conditioner tines have lasted surprisingly well, too. Most of the originals are just starting to show a bit of wear, which is no surprise given they spin at about 1,100rpm.

That’s a fair bit faster than most other makes, so they fire the grass out the back and get it drying quickly. 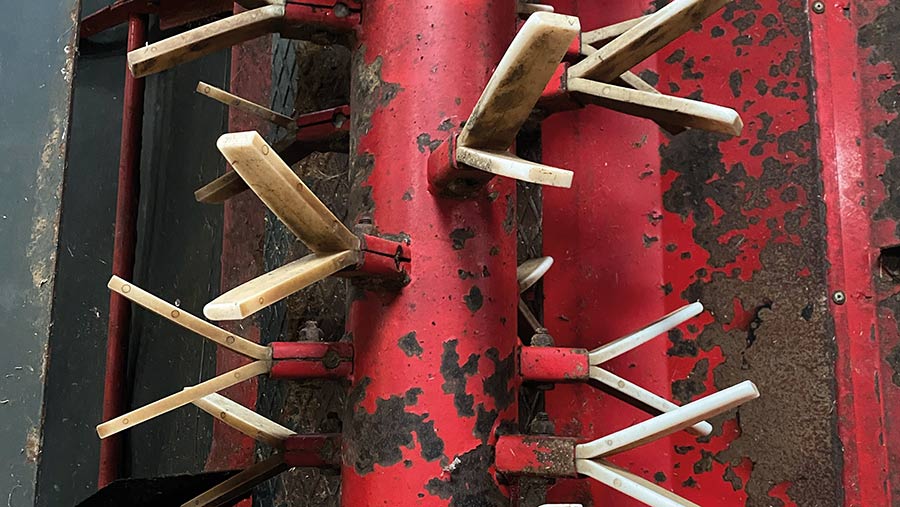 The biggest problem we had was with the toothed Kevlar belt that transmits power to the conditioner on the front mower.

It’s under astronomical tension, and that ended up causing the gearbox to move in its four mounting slots.

As a result, the pulley was spinning at a slight angle and it flung the belt off.

Ernest Doe wanted £450 for a new belt, which made me wince, but I managed to find an identical version for £200 from the local motor factors.

I got a fitter from Does to put it back together, as I wanted the gearbox to be mounted dead true.

I also needed a new pulley and it took an age to come, as SIP previously used a third-party logistics company to manage its parts distribution.

It was in the middle of summer, so it was a real pain, but things have apparently been improved in that department and SIP says it will be holding more parts in stock, so that should speed up the process in the future.

One thing I would change is the main front mower gearbox. It doesn’t have a drain plug, so the only way to swap the oil is to suck it out the top.

The front mower doesn’t lift particularly high either, and there was a leaky seal on one of the main butterfly rams, but it seemed to sort itself out. 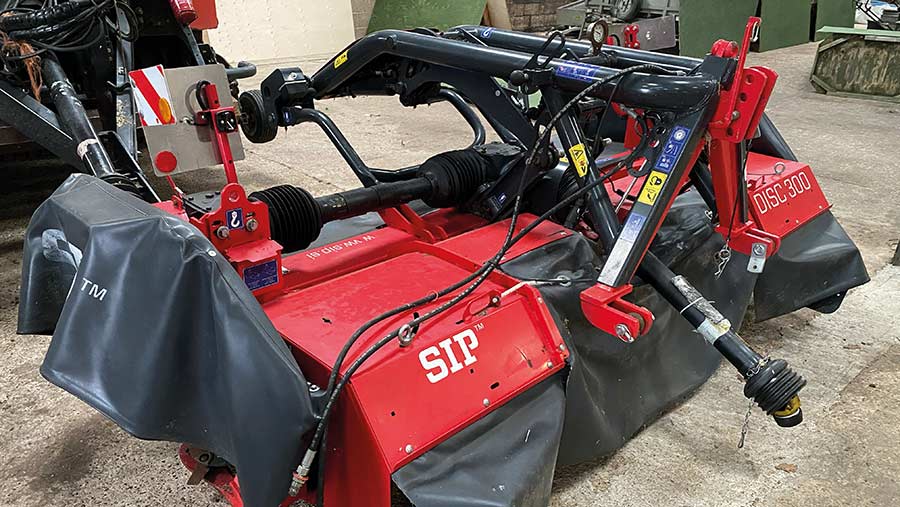 Chris Harris now runs a 3m front unit, as the 3.4m version was too wide for the road © MAG/Oliver Mark

One day, but I have no reason to change at the minute.

They’re not working particularly hard – they did a bit over 400ha last year and could probably do triple that workload at a push. If and when we do replace them, it would be nice to have the option of Isobus control.

I’d definitely go with SIP again, though. Last year I bought a new 10m SIP rake, and I also have a 9m trailed tedder, plus a 3m backup mower that comes in handy for small jobs.