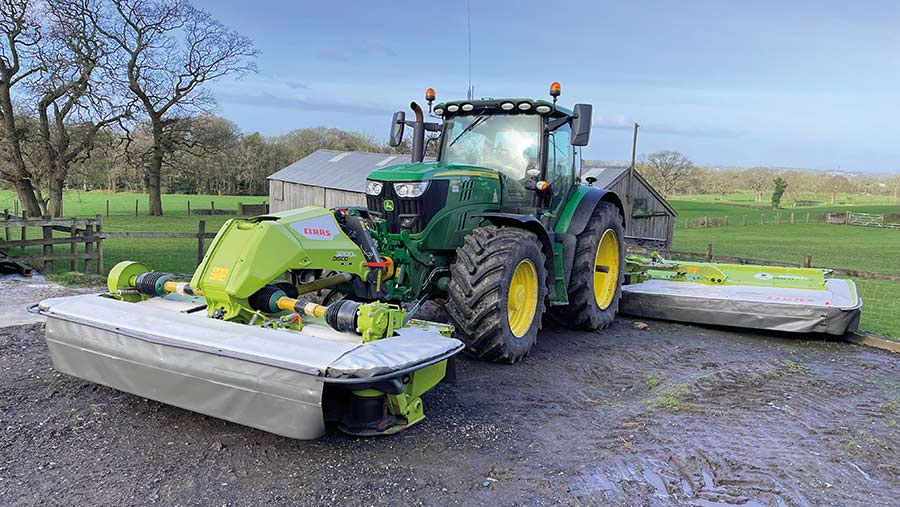 Find out how the Claas triple mo-cos run by Lancashire farmers and contractors Thompson Brothers performs. The driver is David Kirkham. 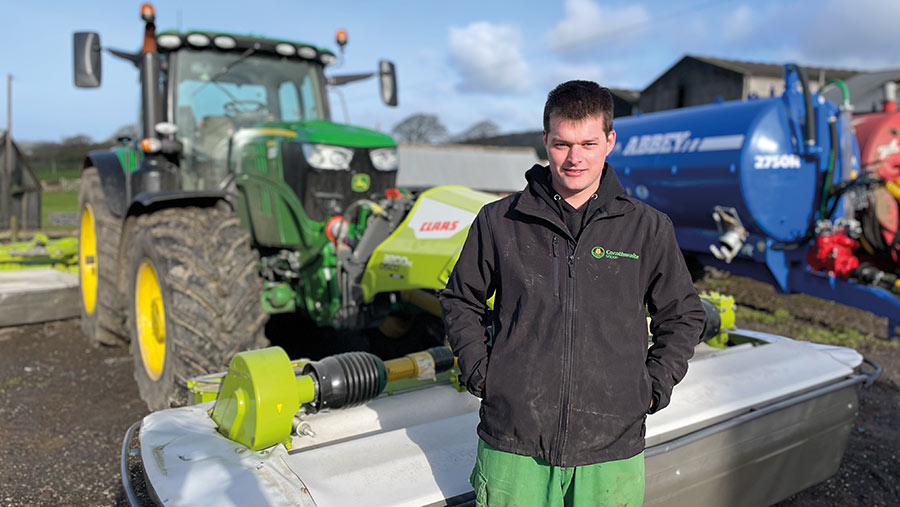 What made you choose Claas triple mowers?

For years we had been using a big set of Krone triples, which were good mowers, but they wore out and the tinwork was starting to crack.

The front went before the rears, and we were running a mixed outfit for a while with a Pottinger deck on the front – this was also showing its age.

It was time to replace them, and Claas was the obvious option. We’d already got a lot of the kit, including a set of front and rear mowers, all of which had been good.

We also get on well with Rob Bell at our local dealer, Rickerby, where we get great service and backup. The depot is just a few minutes up the road.

Although we liked most of the features on our Claas front and rear mowers, we didn’t have any time for the push-type frame on the front.

It just doesn’t follow the ground well and, as a result, you need to go a lot slower and constantly keep an eye on it.

With the triples, we opted for the F3200FC Move version instead, teamed with the 8500 C Contour rear butterfly.

Both are pulled from the front of the beds and have adjustable hydraulic suspension to help them follow the ground.

Together, they give an 8.1m working width. We bought the mowers three years ago and, all in, they cost about £42,000.

It absolutely flies along, and we can easily hit speeds of more than 20kph in an average crop.

On heavy going we’ll drop back to about 15kph, but that’s partly due to physically getting the grass through the mowers.

It’s also a comfortable tractor to drive and has Greenstar GPS, which makes the mowing job much more relaxing.

When we’re pushing the tractor on, it does run hot, but this hasn’t caused any problems yet.

If you put your foot on the cab glass near the exhaust when you’re working it hard, you can feel it’s red-hot.

We had a demo of a Fendt 724 a while ago and we put it on the mowers to see how much quicker it would be than the Deere.

The performance was disappointing, as it was only able to pull them at about 12kph. Perhaps this was due to power losses in the transmission.

Both the front and rear mowers have been excellent, but it’s the front that’s the most impressive.

The hydraulic suspension is far more responsive than sprung setups and it just hugs the ground, however fast you drive.

Even when you hit a lump it will bounce over and carry right on. Like the rears, it has accumulators to provide the suspension, which are pressurised off a spool.

We run the front at about 80bar and the rears at 90bar, and we haven’t felt the need to adjust them.

These mowers are a good bit narrower than the Krones we used to run, but because they follow the ground so well, we can push on faster and cover the ground just as quickly. 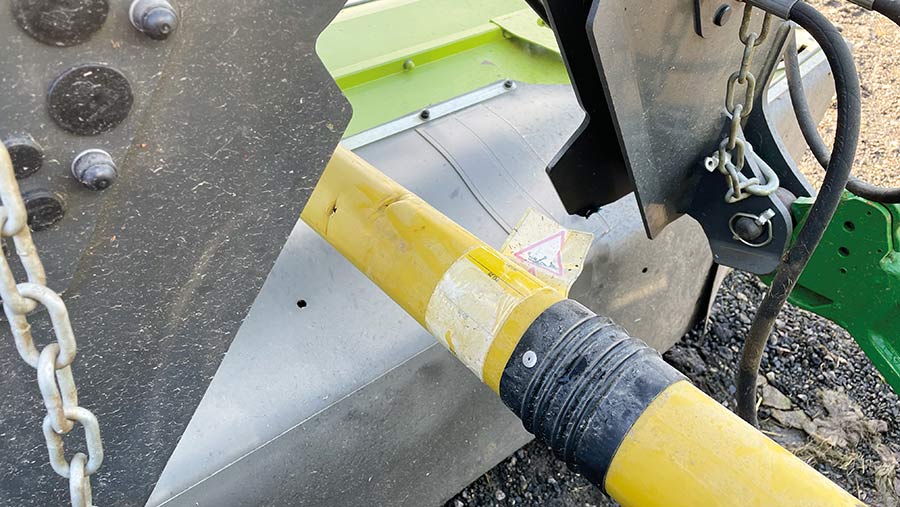 Thankfully, we’ve had no breakdowns or teething problems and we don’t break many knives. When we have needed to change them, the quick-release system is simple to use.

As for the conditioner, it has a set of V-shaped steel tines driven by a single-speed gearbox that runs at about 1,000rpm.

The aggressiveness is set using a baffle plate, which we mostly have in the farthest position ­– this does just enough to get the grass to wilt, without knocking it about too much.

The mowers are controlled on the spool valves, rather than Isobus, but we have them all set on the tractor’s joystick, so it’s simple to use.

There is also a control box, but I only really use it for activating road mode.

They are a well-sorted set of mowers, but they are noisy. There is a much louder hum than there was with our Krones, and at the end of a big day it does start to get wearing.

The only other thing to note is that it’s easy to bend the front pto if you’re not paying attention and lower the link arms by mistake.

This isn’t a problem when working in the field, but you need to watch out when you’re shunting them around the yard, particularly if someone hops on the seat who isn’t used to them.

There is a catch you can release to stop the frame dropping down onto the shaft, but we’ve also added some check chains in case this gets forgotten.

We’ve come close a couple of times and have got away with just a dent in the guard.

When we’re really pushing the mowers on at 20kph plus, the break-backs on the rear start to release and the beds hang back a bit.

These might want a bit of adjustment to hold them in place.

It’s a very good, simple set of mowers and we would have another, providing the price was right.

There are other good mowers out there, but the level of service we get from Rickerby means Claas would likely be our first choice next time around