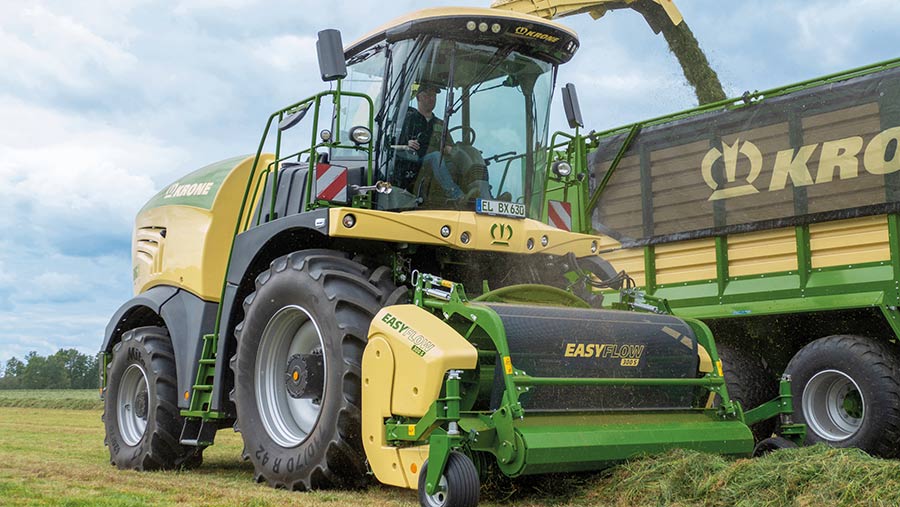 All Krone foragers are now fitted with the same cab

It comes in two spec levels, with the cheaper ‘Premium’ variant offering an 8in touchscreen. ‘Premium Comfort’ has a bigger 12in monitor and extra home comforts, including a fridge.

Running the MTU 12.8- or 15.6-litre engines, the revised choppers are now Stage 5 emissions compliant using a combination of DPF and AdBlue. The 480 and 580 models also have the option of Xtra Power, which offers a 50hp boost when the going is tough and reverts to standard output once the engine load is reduced.

Like other machines on the market, these foragers come with speed management, which drops the engine rpm automatically when the machine pauses from work.

Changes to the internals of the corn conditioners include a 25% longer roller, now 250mmthat provides a larger friction surface area. There are two versions available, 105/123 teeth and 123/144 teeth, which both have the option of being coated with Busa Clad technology to help extend working life.

A brace of redesigned mowers has been added to Krone’s Easycut range. The new models feature hydraulic instead of sprung suspension for better ground following, with the pressure dial visible from the cab. Krone says that all of its mowers will move to this type of suspension in the future. 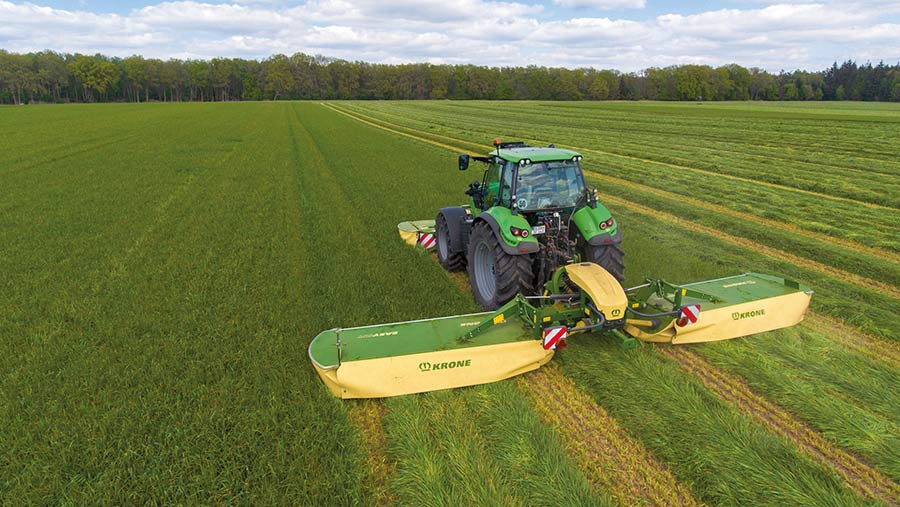 The smaller Easycut B 870 has a working width of 8.31-8.62m via a manual side shift, while the larger Easycut B 1000 stretches from 9.2m up to 10m, moving outwards using a double-acting hydraulic ram. It has an output of up to 14ha/hour.

A new frame and headstock design are said to have reduced weight compared with previous mowers, mainly as a result of ditching the bulky spring assembly.

Krone users will be familiar with the Easycut cutterbar and features such as Safecut, which helps protect the discs, and Smartcut, designed to reduce striping. The mowers can be specced with CR tines and merger belts, too.