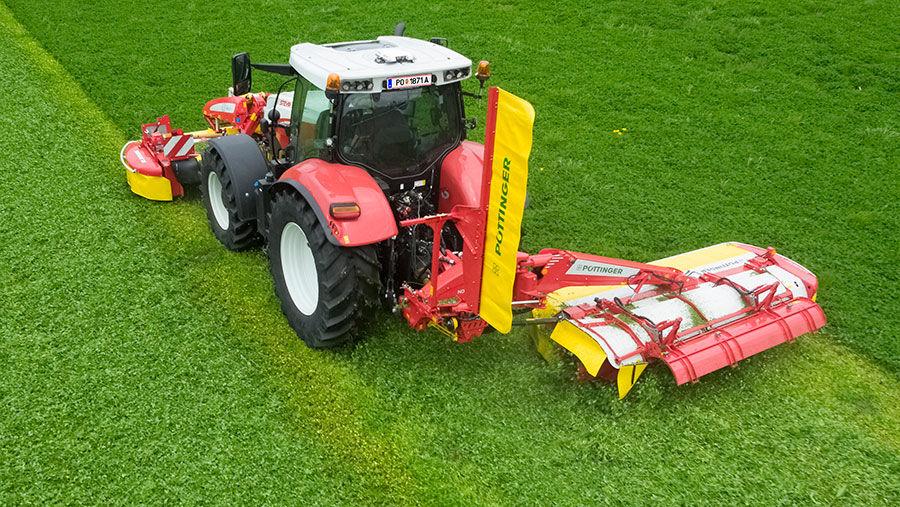 The cross-conveyor auger can merge swaths straight after cutting without the need for a conditioner – the auger catches the crop before it hits the floor to avoid any contamination and accelerates drying, with swathing no longer necessary.

Pottinger’s largest A10 combination and the rear 3.5m Novacat 352 already have the Crossflow option, but it has now been added to the 302 models.

The 3m units will run on a tractor of just 100hp, and a small terminal mounted in the cab controls the hydraulically opening rear flap for the Crossflow.

The benefit here is that a 3m mower can now group two passes into one row.