Shropshire-based machinery manufacturer McConnel says demand for its range of robotic mowers is increasing as hill farmers look to improve the productivity of their steepest slopes.

That’s because the Robocut range of mowers – built by Italian firm Energreen – can operate on slopes of up to 55deg, allowing them to work on terrain that couldn’t be tackled by a tractor. Also, if something does go wrong, there’s no operator in the cab to get injured.

There are are several models in the range, but there are four that will be of most interest to farmers. 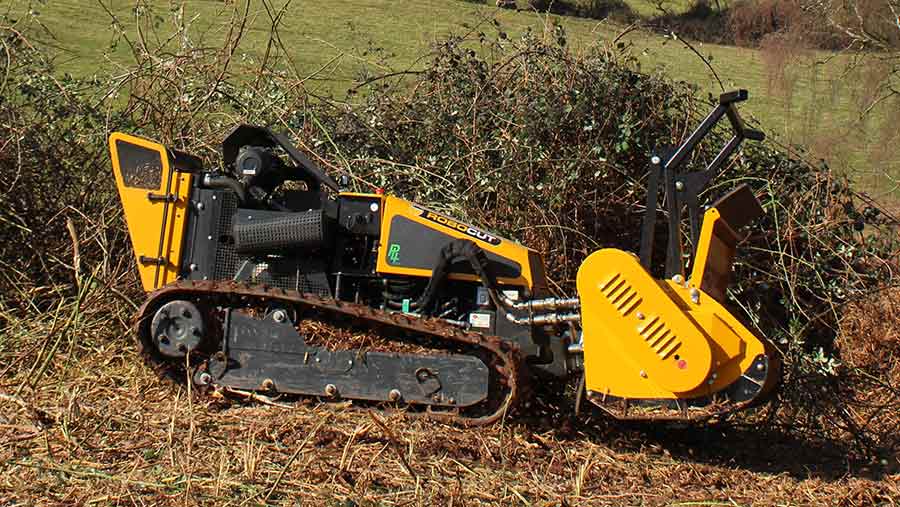 The Robomoz is at the more basic end of the spectrum and comes with a 33hp diesel engine, single-speed hydrostatic transmission and 1.3m grass flail head, as well as six other optional attachments.

This is capable of working on slopes up to 50deg and the remote control has a range of up to 150m. However, it’s recommended that the operator stays a good bit closer than that.

The next step up and the most popular model in the range is the Robocut. This has a slightly more powerful 40hp Isuzu engine, a two-speed hydrostatic transmission and the ability to take on slopes of up to 55deg.

It also has two auxiliary hydraulic services and a choice of 17 attachments, including a forestry mulching head for tackling tougher material.

The newest model in the range is the 80hp Yanmar-powered Robomax. A beefed-up version of the Robocut, it can be fitted with a larger 1.8m flail head or a tougher 1.5m forestry version.

At the top of the range there’s the 140hp Robopower. This self-propelled tractor and comes with front and rear three-point linkages and ptos meaning it can be fitted with almost any implement. It will work on slopes of up to 40deg.

For those that can’t justify buying a machine there’s also the option of hiring one. Shropshire dealer Frank Alviti and Essex-based Philip Liverton both offer the farmers the option of short or long-term hire agreements.

A Robocut mower with single attachment costs about £200/day or £750/week. Longer-term contracts are also available.