The range comprises the DX-200, a single-rotor machine with a working width of 2m requiring up to 80hp at the gearbox, and the DXP3-360 triple rotor mower, which performs best with about 120hp to cut 3.6m in one go.

Two of this machine’s rotors are mounted on wing sections that fold up to reduce transport width to just 1.05m. 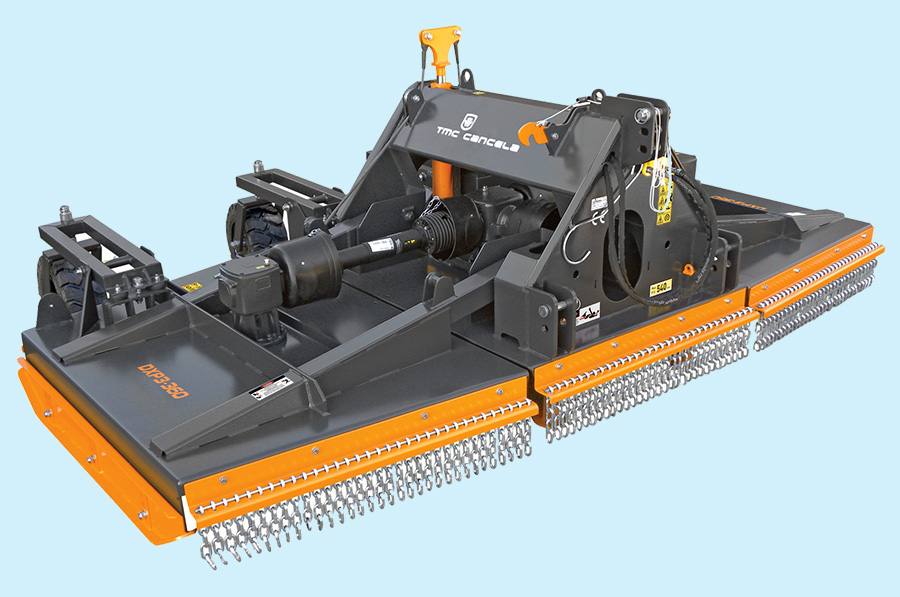 While the single rotor machine has a pivoting headstock with restraining chains, the wider folding model has a substantial steel plate frame and headstock structure with tapered reinforcing spars extending across the wing sections.

See also: Eight of the best slug pelleters on test

The wings are folded by a cable and pulley mechanism using a single vertical hydraulic cylinder.

Both machines are supported on sprung castor wheels with robust rubber tyres, while steel chains across the front and back of the deck to prevent stones being flicked out.

The rotors can be equipped with slashing chains for dealing with scrub or two swinging blades shaped to create an airflow that lifts lighter vegetation for a neat, consistent cut length.