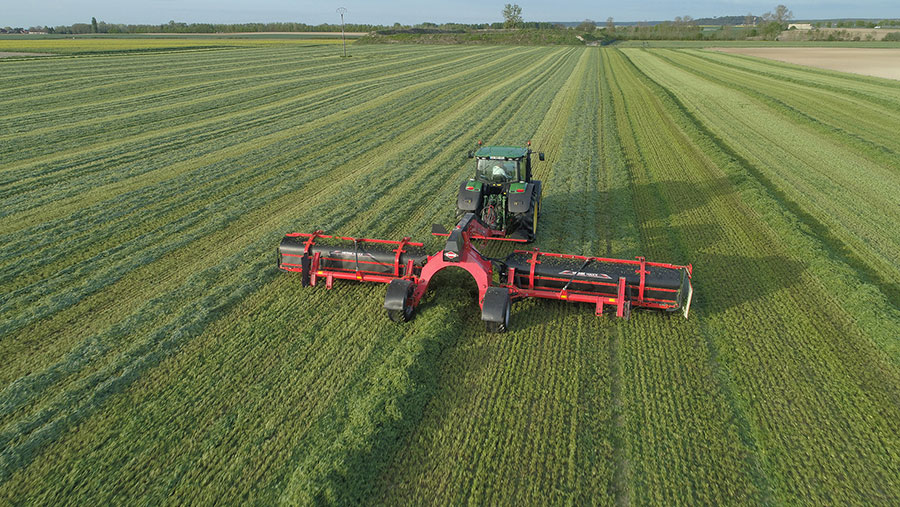 The growing interest in merging machinery has prompted Kuhn to add a larger width machine to its Mergemaxx range.

The bigger 1090 unit offers working widths from 8.85m when throwing to the sides, or 11m if the beds are split for rowing up a central swath. This model doubles the number of machines on offer from Kuhn and sits above the existing 950.

Kuhn’s mergers have two bi-directional belts sitting behind the pick-up reels, which act like a forager to flick the grass up and onto the conveyors.

Some of the benefits of running a merger are claimed to be cleaner swaths and reduced forger wearing parts. An increase in harvesting speed is also possible.