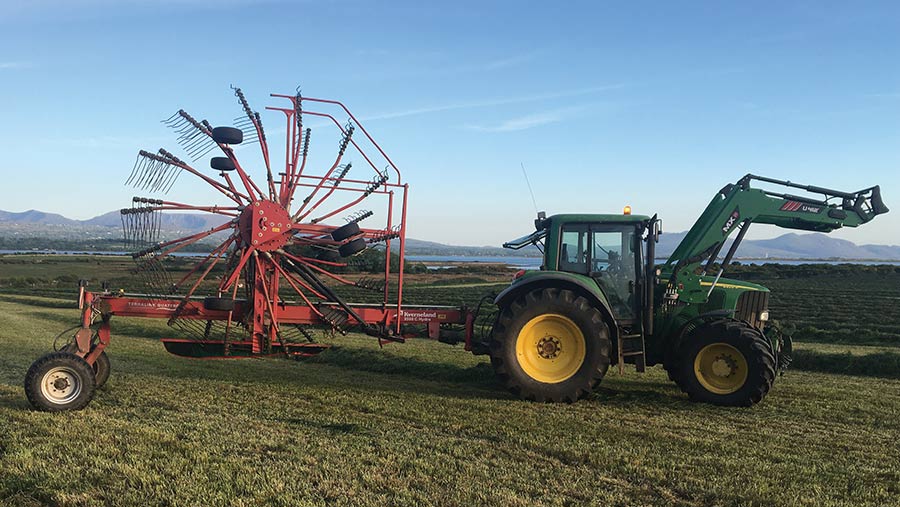 The busy firm uses a pair of Pottinger forage wagons and, a few years ago, chopped in a 17-year-old Krone rake in favour of a Kverneland 9590. Mr Sturrock explains the reason for the switch.

How much do you rake per year?

We are farmers and contractors dropping around 1,000ha of grass annually. Our contracting outfit is based around two Pottinger forage wagons and many of our customers work on a multi-cut system. We visit them three or four times over the season, so we’re pretty busy when it kicks off. 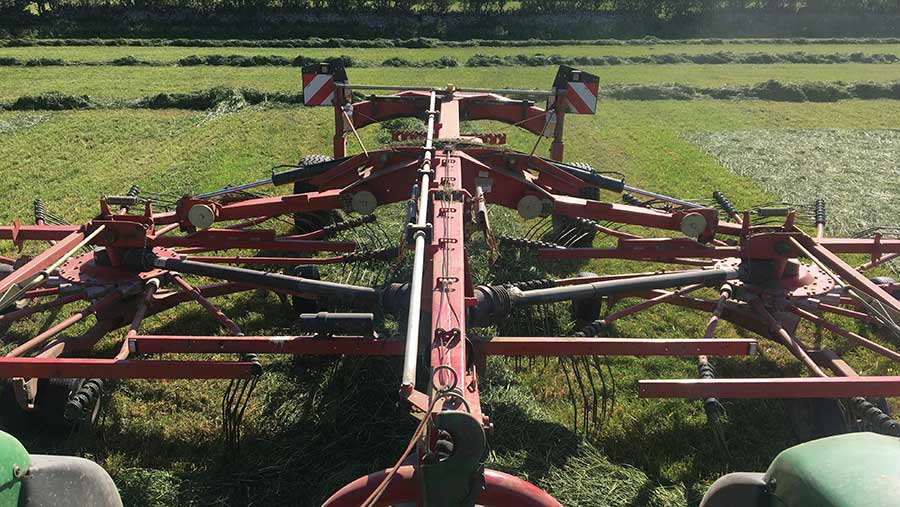 What did the new KV rake replace?

It replaced a 17-year-old Krone 880. We tend to look after our kit and, in return, hope it looks after us. It certainly didn’t owe us anything when we swapped it for the KV rake two seasons ago.

We had a look at the Krone option, as our old model had done so well. However, we’ve amassed a fair amount of Kverneland kit over the past few years, including two mowers, a mixer wagon, TS 6m drill and an Exacta Geospread fertiliser spinner.

A merger wasn’t really considered, mainly due to the multi-cut system many farmers in our area are running.

It means we cut it a bit higher to encourage immediate regrowth, so we’re rarely working really close to the soil when raking. If a rake is set up well, then there shouldn’t be any issues with swath contamination.

There also weren’t many around when we brought out rake two years ago, and I’ve heard they can be pretty expensive.

How does it fit into your system?

We’ve no complaints in the field, though it has proven to be a bit big on the road.

That said, a major selling point for us was the lowering axle, which reduces the height of the rake by around 60cm for road transport. There are two rams on the rear wheels that drop the chassis on a scissor mechanism, and we can also lower the arms on the tractor to make it level.

It makes such a difference in terms of stability, as it is pretty tall when folded up. In fact, the middle curtain almost touches the floor in the lowered position.

The control box is pretty neat so it takes up very little room in the cab, and it only requires two spools to run all the functions. We’ve also been impressed with the way it follows the field contours on some of the hilly ground. However, the cam adjuster is really awkward.

The rake demands very low power and we run it on a John Deere 6920, but it could easily be handled by a 100hp tractor if we had one. 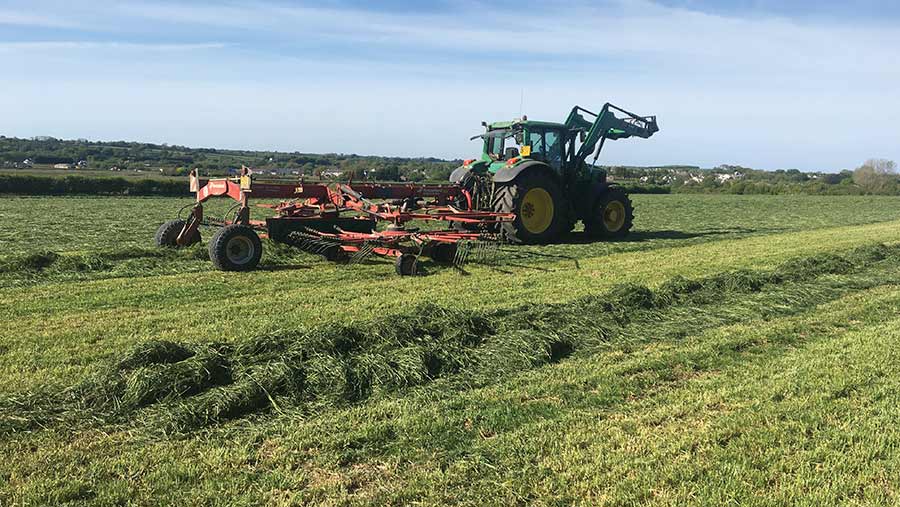 It’s pretty straightforward, apart from a couple of awkward grease nipples. We had to add side LED lights onto the front due to the width on the road, which can cause an issue with oncoming traffic.