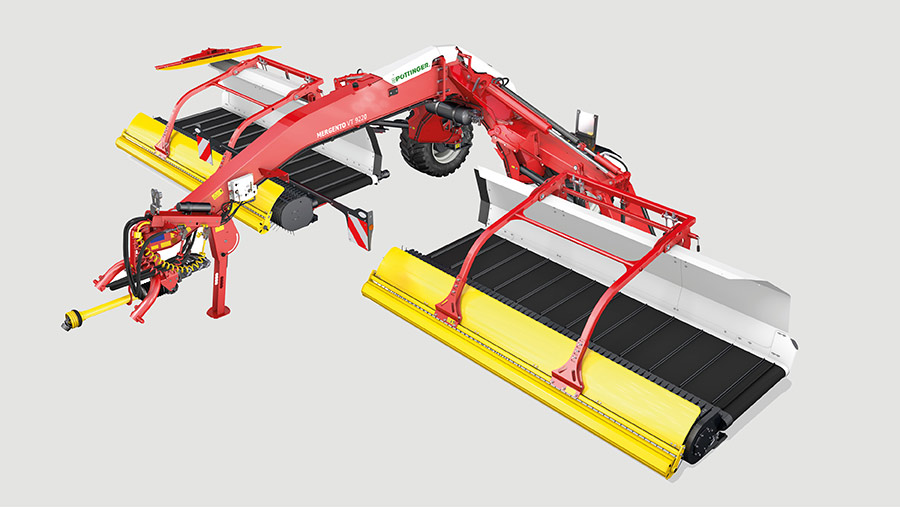 The success of the Kuhn Merge Maxx is attracting growing interest in the forage merger market – and it hasn’t gone unnoticed by Pottinger.

The Austrian firm’s own take on the implement, the Mergento VT, is set to go on sale in August and is comparable in size to Kuhn’s mid-range model.

It carries two six-row, cam-track pick-ups that drop the crop onto a pair of hydraulically powered belt conveyors.

These cover an 8.7m-wide bout when directed to the left or right, or 9.2m in centre discharge mode. In thin crops, it’s also possible to form one big windrow from two passes to improve harvesting efficiency. 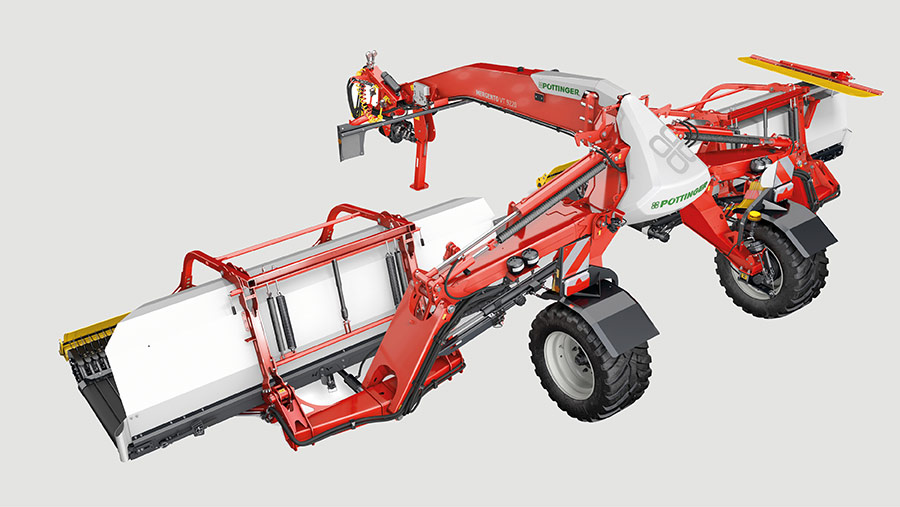 There is an automatic headland on/off system for the belts too, which helps leave neat swath ends and saves having to empty the belt beds at the end of each bout.

There are several widely accepted advantages to running a merger. In particular, it gently handles leafy, delicate and dry crops that can deteriorate rapidly when pummelled by heavy, aggressive rake tines.

Mergers can also reduce stone and soil contamination and, as a result, help produce silage with higher protein and less crude ash.

Generally speaking, the downsides are the significantly higher price and slower working speed compared with a rake. There’s no word yet on how much Pottinger intends to charge for the Mergento.