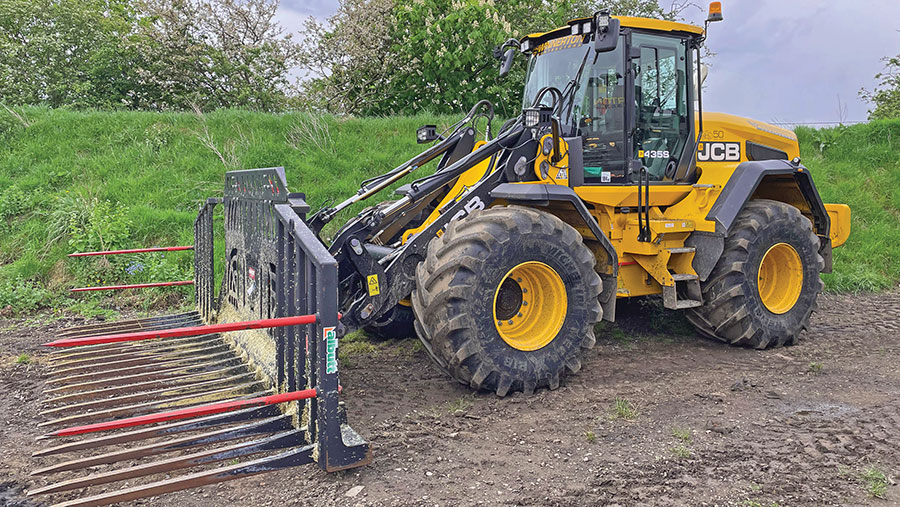 We get the lowdown on the 435S loading shovel run by Shropshire contractor Mikey Swinnerton.

Mikey Swinnerton runs a contracting business that centres around the needs of dairy farmers and anaerobic digesters in Newport, Shropshire, and the surrounding area.

To deal with the large volumes of grass, maize and wholecrop on his patch, his forage harvester of choice is a 790hp Claas Jaguar 970 with a 12-row maize header and 3m grass and wholecrop headers.

It is supported by a fleet of 16t and 22t trailers, so when the operation is in full swing there is a good quantity of grass coming into the clamp.

Handling that workload is a 2020 JCB 435S loading shovel, which is Mr Swinnerton’s third machine from the Staffordshire manufacturer.

The first was a 416 that arrived about 10 years ago to replace a tractor and buckrake.

“It was more of a yard loader than a machine for climbing the clamp, and when you pushed it into a heavy load it would just rev and sit there,” he says.

“We ran it four or five seasons before upgrading to a 435S, which was a completely different animal.”

That machine also worked five seasons and clocked up 5,500 hours before being replaced with this Stage 4b model, which he chose over the current Stage 5 version as it was considerably cheaper. 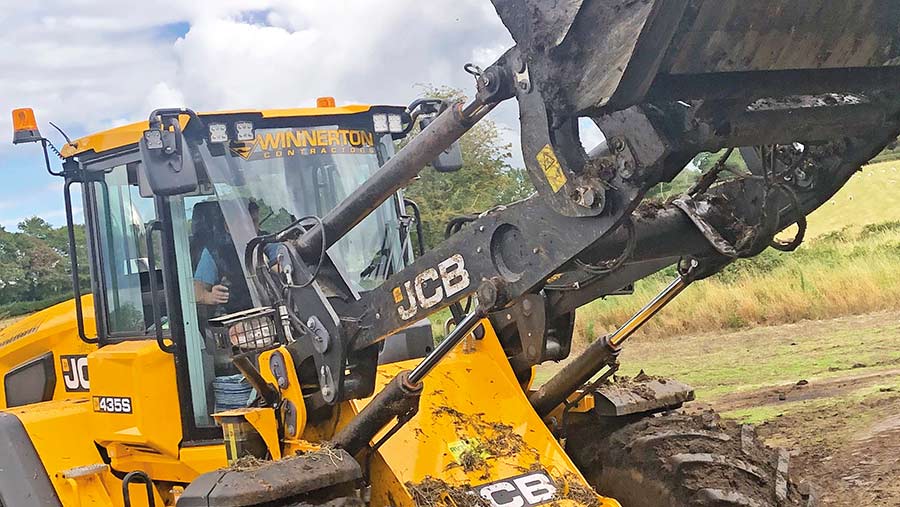 It is kept busy most of the year, building silage clamps in spring, summer and autumn and loading muck through the winter.

On the clamp, it just feels like it wants to push hard and, if the conditions are right, it will take a 19t trailer load up in one hit.

Generally, we run it in second gear and it only needs to be dropped into first if it’s a particularly heavy crop.

If we do overload it, it tends to spin the wheels and dig holes before the engine or transmission show any signs of slowing down.

One thing we have noticed is that it operates at surprisingly low engine revs compared with the old model.

The hydraulics are also far more responsive and there is no delay when pushing into a load and doing the first lift, even though we have a 0.6m wider fork.

This time we decided to try an Albutt model running Hardox tines, as we had some problems with the bushes wearing on the old Strimech one.

This caused the wings to sag and the outside tines would wear away; we tried to reinforce them, but never managed to stop it happening. 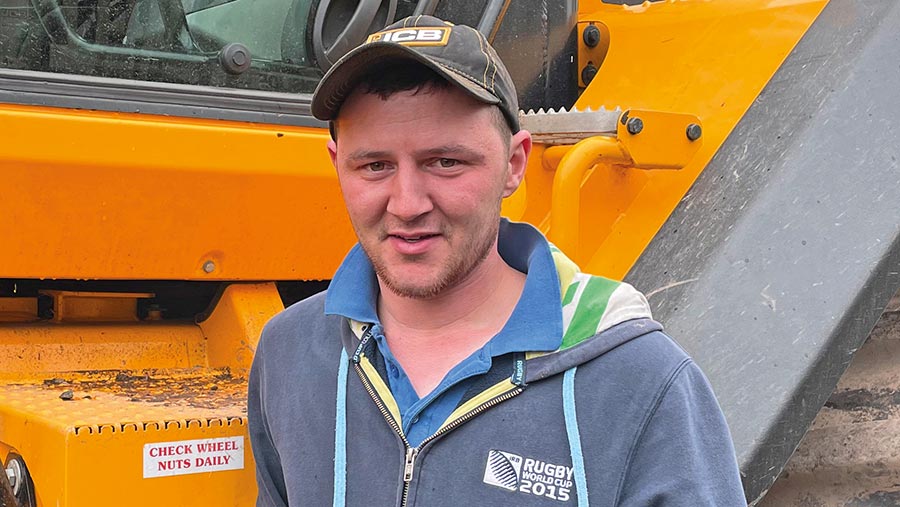 When the shovel moves on to loading the muckspreaders, we fit it with a big Albutt toe-tip bucket that’s almost 3cu m. It handles this easily and the only limiting factor is keeping the rear wheels on the ground.

As for the cab, it’s far smarter than before, which makes it a much nicer place to work.

The biggest improvement was moving the joystick from the side console to the seat, but the control layout is also neater and there is an electric handbrake that has made space for a fridge next to the driver’s seat.

Better adjustment of the steering wheel also means it is easier to find a comfortable seating position.

It’s now worked about 1,700 hours and there have been no major issues.

The dealer has had to come out to it several times for niggly problems with the AdBlue system, but that just seems to be the way with modern machinery.

There is not a lot to dislike about it, which is probably why JCB has done so well with it. It’s heavy, powerful, has loads of torque and is nice to drive, which is all you need from a shovel.

The only real comments we have (other than the AdBlue problems­) are in the cab. It’s clearly a big step up from the previous version, but there are a couple of slightly annoying features. 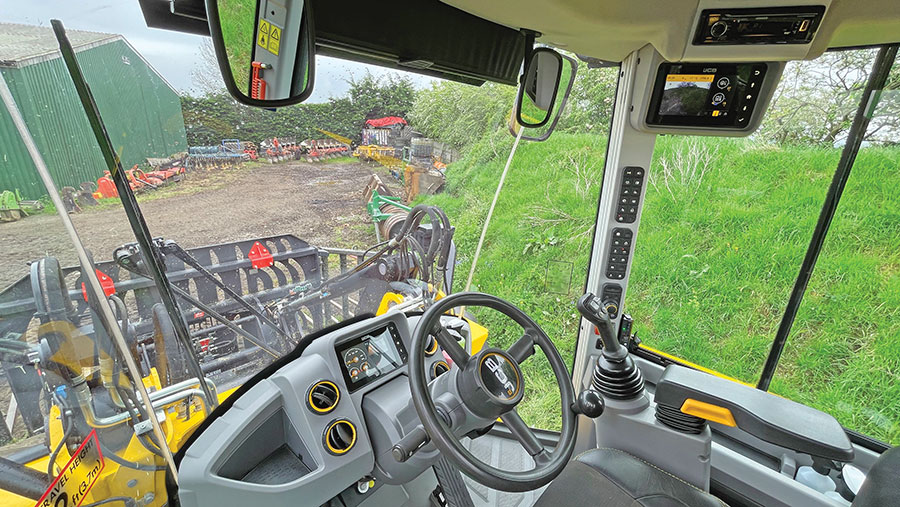 Firstly, JCB changed the door so it hinges from the front rather than the rear, which is far less handy for hopping in and jumping out.

We think the company did it to make it easier to climb up to the engine bay, but we rarely need to access that area.

Also, there is now a screen in the top right of the cab that houses most of the readouts and the feed from a camera that’s integrated into the bonnet.

This is a nice idea, but the camera isn’t anywhere near your eyeline and it’s actually more of a distraction than a help – particularly as it flashes in the corner of your eye every time you shift into reverse.

On the old model we had a camera mounted near the dash, which was far more useful.

It’s still early days for this machine but, based on the performance of the old 435S, I can’t see why we wouldn’t have another.

Our dealer, Rea Valley Tractors, is also very convenient and backs us up well, so there has never been any need for us to get a rival machine out on demo.