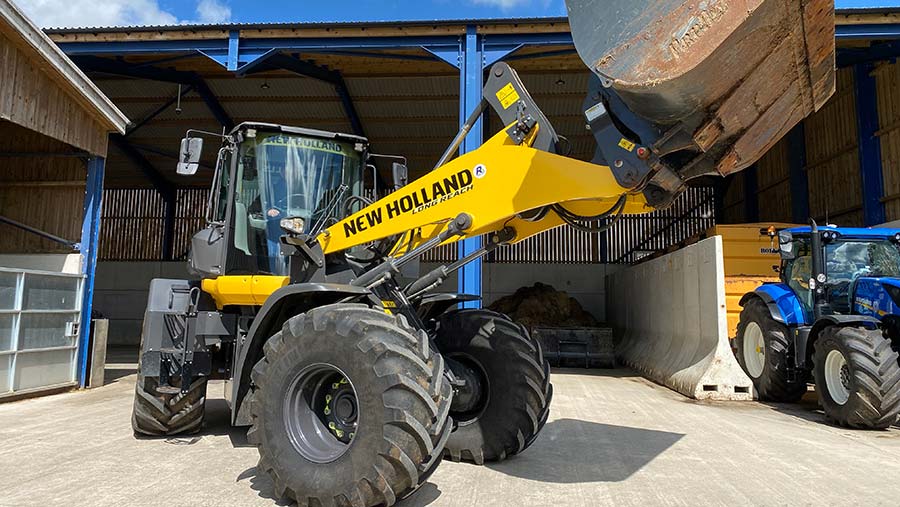 JCB might be the dominant force in the loading shovel market, but New Holland is intent on muscling in.

We get the lowdown on the W170D loading shovel run by Yorkshire business Starfitts Farms.

New Holland now has a fleet of five models adapted from the industrial sector and they are gradually making their way onto UK and Irish farms thanks to competitive prices and quarry-proven build quality.

One such example is the W170D run by Starfitts Farms at Kirkbymoorside, which arrived to coincide with a switch from baled to clamped silage last year.

The business runs a relatively simple three-cut silage system that sees its 345ha grass crop collected with a single Pottinger Jumbo 7220 forage wagon that can get through up to 30ha/day, leaving the shovel in charge of clamp consolidation.

Originally, we wanted the bigger 190D, purely because of the weight – it’s about 3t heavier than the 170.

All the silage we make is our own and we’ve invested in new grass leys to try to reduce the money spent on concentrates and proteins, so we wanted something that would help maximise consolidation and minimise spoilage.

But at the same time, we load a lot of grain, muck, sludge and lime with it and the extra weight of the 190 would have meant making a mess on the headlands when the weather was against us. 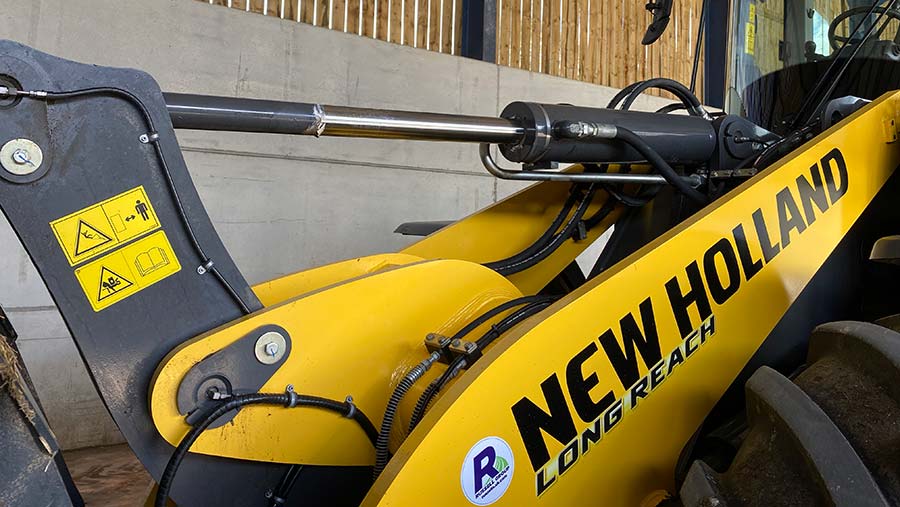 Ours came ex-demo from Russells at Malton, so we didn’t have much of a say on optional extras. It doesn’t have joystick steering – though opting for that would have taken the 45kph transmission out of the equation – but has pretty much everything else.

The auto-greaser leaves just a handful of nipples on the headstock for me to whip round on a weekly basis and the reversing fan is handy on the clamp – I have it set to engage every 10 minutes for 10 seconds.

The one thing we did want was the Long Reach boom. It’s 400mm longer than the standard version and has made a massive difference when loading our Bunning wide-body muckspreader and, in particular, grain wagons.

It used to take 20 telehandler loads to fill a bulker, whereas we can now do it in seven with the shovel and 3.8cu m bucket.

The only major downside is that it’s impossible to get to the back of an enclosed clamp, particularly near the corners.

I often get a tractor in to start with, just to make sure the whole lot is compacted nicely.

For the silage job I use a 12ft Prodig buckrake.

We haven’t got big, wide clamps so there’s no need for a 16-footer, though I reckon the 170 would handle it, and the beauty of the forage box system is that it gives me time to properly work the heap.

It needs revving flat out to push up the load, particularly as traction can be hard to come by on concrete floors.

The engine is the same as the T7 tractors. It might not have the power to match some of the competition, but it’s worked out perfectly for us and could probably still push through a shed wall with the wrong man on the seat. 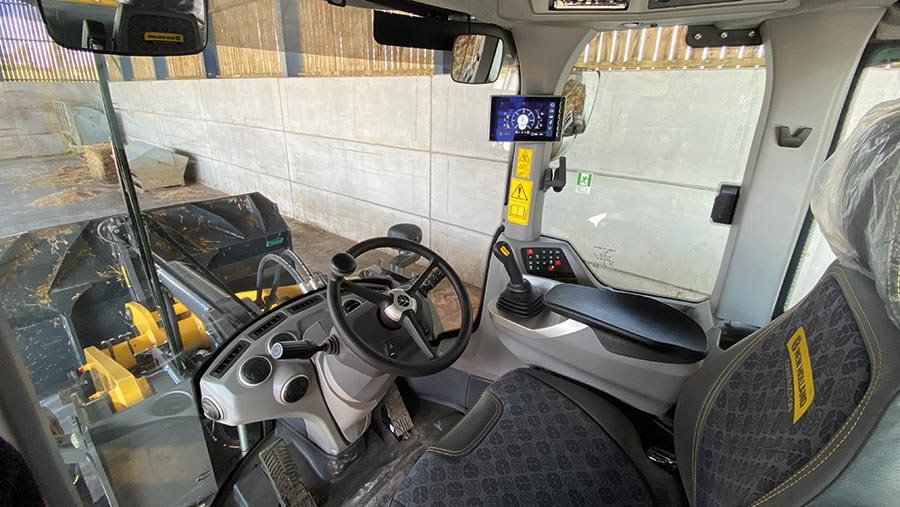 I’m a fan of the cab as well. It’s spacious, quiet and probably has the best seat on the farm, but New Holland doesn’t offer a passenger seat so I had to fashion my own.

It’s also taller than the JCB, which is mainly an advantage – particularly as we still have two telehandlers to muck out the smaller sheds.

It feels stable, the views outwards are good, and it’s generally pretty easy to see over the hedge when pulling onto the road.

My main gripe is the slowness of the crowd and dump functions, which make it impossible to flick the silage as I climb the clamp. I guess it’s because they were originally built for quarries where that’s not necessary.

The problem is the huge main ram, which can’t get the oil flow it needs to move quickly.

That said, I think ours is geared up for construction and the valve block can be adjusted for ag use – something that we’ll hopefully get sorted in the future.

The Stage 5 versions also now have the option of a JCB-style twin-ram setup which is apparently much more responsive.

We’re planning to fit a free-flow oil return on the hydraulics to run the straw blower and have already made an adaptor carriage for the Manitou implements, which will open the doors to a load more work for it next winter.

And we’ve got an RDS Weighlog to fit, too. It was £2,000 and will allow us to monitor grain going into the wagons and how much we’re putting in the muckspreader.

The only other change I’d make is to the front mudguards. Grass harvested with a forage box can sometimes ball up and roll about, causing it to catch on the bottom 6in of the fenders.

I haven’t broken one yet, but on a hectic clamp with trailers constantly coming and going it would be harder to keep an eye on.

It’s only got 300-odd hours on the clock so it’s early days, but we’ve been really pleased – it’s the right balance of size, weight and power for our system.

It has also taken a bit of work off the Manitou MLA pivot-steer and New Holland TH7.40 telehandler, which are both on agreed hourly rate hire contracts.

It’s cheap compared with a big telehandler and probably undercuts a JCB 419 by about £20,000.

That saving all but covers the cost of the attachments – a 6cu m toe-tip bucket, 12ft buckrake and 3.8cu m grain bucket, plus the adaptor plate that means it can turn its hand to anything.