Mounting the engine at the front is key to a smooth ride, according to the company, and minimises the boat-like rocking of some forward-control set-ups. 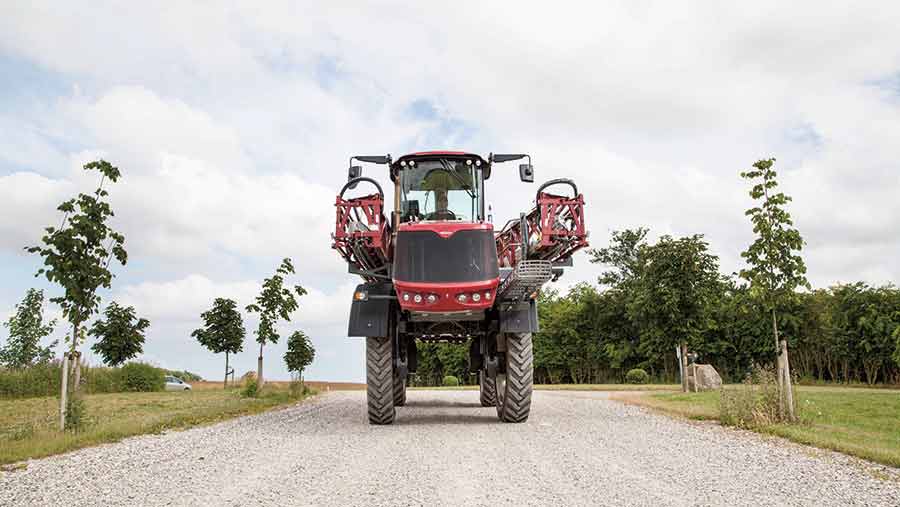 Hardi self-propelled sprayer with its alpha wheel folded in

To improve comfort the springs have been replaced by airbags – two in the front and one in the rear – with shock absorbers to stop any wallowing.

It means the height of the machine stays exactly the same, whether it’s full, half-full or empty. The airbags also give a total 185mm of up-and-down movement that should help a bit with levelling on slopes.

See also: How to set up your sprayer

The other really useful fitment is hydraulically adjustable track width, controlled entirely from the cab. This will go from 1.8-2.8m on narrow wheels at the touch of a button.

It’s all pretty simple. A screen in the cab shows the track width. The operator then presses and holds the button while moving forwards until the right width is reached.

That is handy for contractors, but really useful for people working on a lot of vegetable beds, because it means you can work wide in the field but make the machine narrow for the journey home.

Hardi’s boom-folding system on the sprayer allows the operator to spray at two different widths by choosing whether to fold out the last section. This facility is offered on 24m, 27m and 36m booms and should appeal to contractors in particular.

Yaw on the booms is counteracted by small hydraulic accumulators that power up every time the booms fold out. Each side can be automatically levelled independently and for the first time you can have a negative tilt.

Hardi has been producing its Twin sleeve-boom system since 1987, but has struggled to get sales in the UK. The system makes a lot of sense because spray is blown through the sleeve and into the crop, which means you can work in higher winds and get better coverage throughout the field. 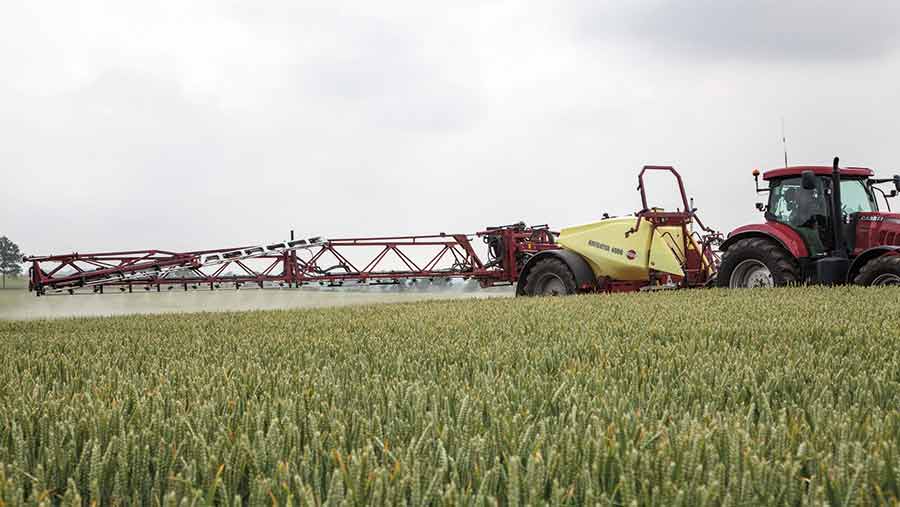 The latest Twin 3.0 version comes with a new design of boom and, like the Delta Force, can be used at different widths. The inside half is made of steel and the outside half of aluminium, which is said to help performance at higher speeds.

Meanwhile, high technology comes in the form of Hardi’s latest automatic boom levelling, called AutoTerrain. According to the company, it uses no fewer than five ultrasound sensors and three gyro sensors to keep things level. 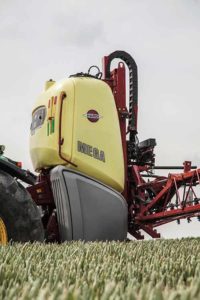 Hardi’s Mega model is now the biggest mounted sprayer in the world, claims the company, with a 2,200-litre tank on its largest model.

It’s certainly massive, with an empty weight of 1.9t and 7t of tractor lift capacity required to get it off the ground. To keep the weight as far forward as possible, the rinse tank is fitted at the front of the sprayer and just behind the cab.

There is also a pressure gauge, a fill indicator and even a gauge to tell you how blocked your filters are. A 24m version will be at shows this summer and orders are being taken in the autumn for delivery next spring. No prices yet, though.

Hardi trailed sprayers are due to get an automatic filling system, says the company. Simply decide how much water you want in the tank, connect it up and leave it to do the rest.

The Arag flowmeter will bring in liquid at a rate of 220 litres/min and shut it off when it has reached the target. Accuracy is said to be 3% and the cost is about £1,200. 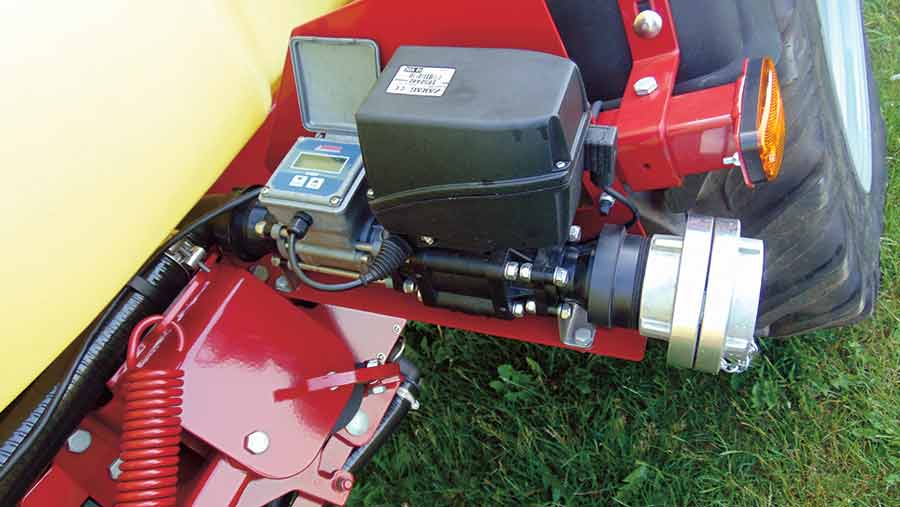 Hardi is also due to introduce a system for pneumatically changing nozzles from the cab. Called AutoSelect, it will run off the machine’s compressor and can even use the tractor’s air-brake lines. It can run up to 13 sections with six to eight nozzles in each section and cost will be £200/metre.