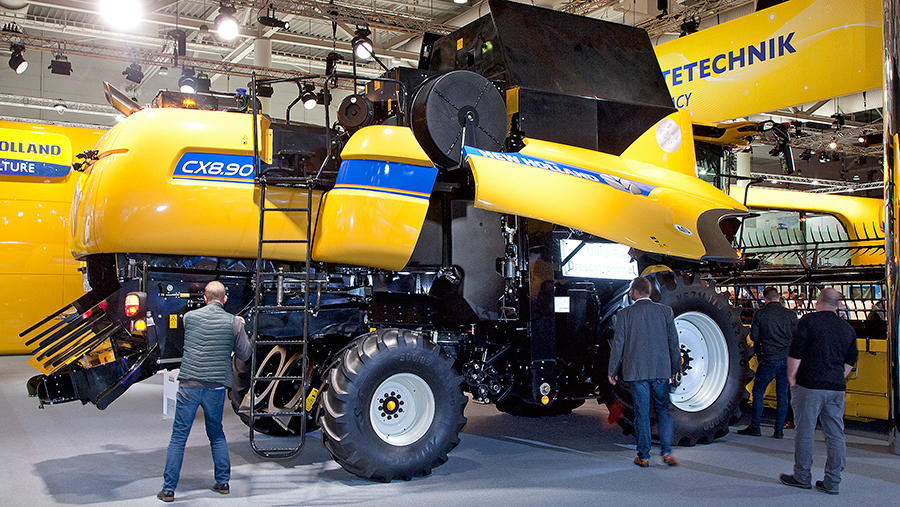 In an attempt to smooth crop intake on its CX combines, New Holland has tweaked a few components in its 18-year-old four-drum threshing system.

The biggest change is the rasp bars, which now form a staggered configuration, rather than the traditional one-piece horizontal design.

We’re told that in wet crops, the old design used to beat crops through the bars causing high torque peaks, whereas the new setup provides a continual smooth flow.

The beater drum has also had some work, with the original cube shape being traded for an eight-sided affair to further ease the movement of crop.

Finally, the rotary separator has been fitted with an electric motor that allows it to be adjusted in five increments via the in-cab screen – previously this was an on-off option.

To cope with wider headers – on the CX8.90 there is a 35ft option – all bearings in the feeder house have been upgraded to stronger units and extra protective plates have been added to the main wear points.

It’s also now possible to drop the straw chopper in and out of work from the cab and the engine now complies with Stage 5 without requiring EGR or a particulate filter.