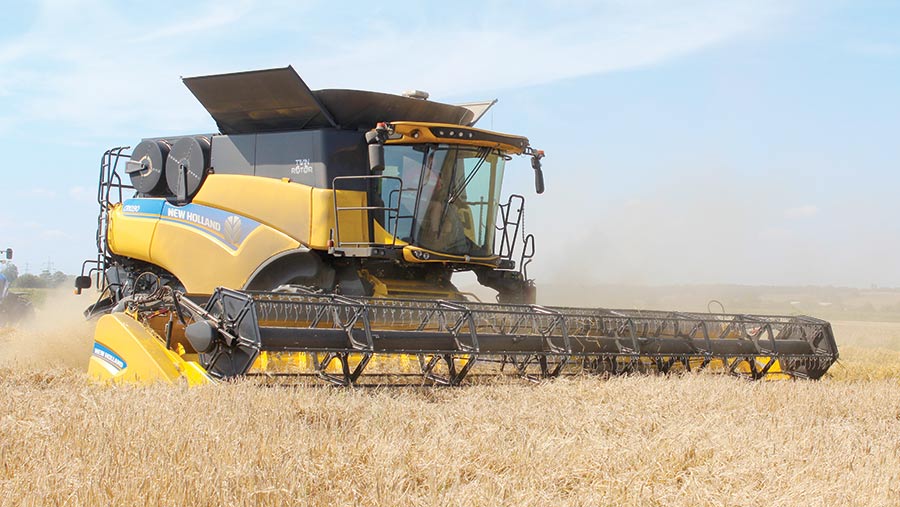 The CR10.90 is still the biggest combine New Holland produces, but this machine has since been replaced by the Revelation model.

Despite being located in an area that is a stronghold for another brand this didn’t sway Kent farmer Clive Wreathall when he bought it.

We find out how Mr Wreathall thinks his model has performed over its three years of service, what he’d change and whether he’d now buy another one. 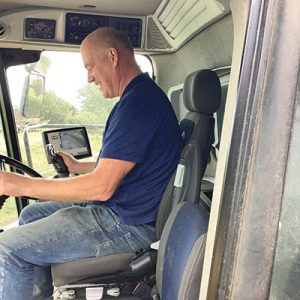 What made you choose a New Holland CR?

Given the acreage we’re covering with a single machine, we went for the biggest model New Holland had at the time of buying (2017). I’m probably quite unusual among high-capacity combine owners, as I both bought it and drive it.

Our current buying decisions are all about managing risk. As margins have tightened and machinery prices have risen, the stakes are too high to gamble on unknowns. We’ve run New Hollands since I was young and, until I see definitive proof that other combines can outperform the CR, we’ll stick with what we know.

We have three priorities when it comes to replacements – a big engine, decent straw chopper and good reliability.

In my opinion, there is little to split the outputs of all the biggest machines on the market, and I think the New Hollands are marginally more reliable. The drivetrain is pretty uncomplicated too, which means I can sort most mechanical problems myself – I don’t want to be running something with a labyrinth of belts up the side.

One of the benefits of running a combine that is less popular in our area is that we feel valued by our dealer. All of our neighbours have Claas Lexions, and Southern Harvesters has been pretty aggressive in marketing them, but it means the service guys are running around like lunatics keeping them going.

See also: Tips for buying a quality used combine on a £40,000 budget

Our farm provides a pretty stern test, as the crops never really die off. Threshing is tricky and it’s exceptionally hard on the drum and rotors – particularly when the sea mist and damp begins to drift in at dusk.

It has been a good machine, but we never get anything near the output that New Holland quotes. I tend to think that the ambitious spot rates claimed by all of the manufacturers are nonsense anyway – it’s all about averages and being as competent in flat barley as perfectly ripe wheat.

Generally speaking, we aim to cut 40ha/day (roughly 400-500t), which equates to 32 combining days each year. I rarely break 5kph without seeing the losses shoot up and I find it hard to believe that anyone pushes on much faster – if nothing else, it’s impossible for the grain cart to keep up in a bumper crop.

The pre-set threshing settings in the screen always provide a pretty good starting point when breaking into a new crop. They don’t usually need tampering with too much during the heat of the day but, as the moisture rises and temperature drops in the evening, I watch the loss read-outs pretty closely.

The yield monitor can also be remarkably accurate if you put the effort into calibrating it. However, we prefer to use it for comparisons of different varieties, rather than definitive yields.

From a driver’s perspective, the best thing about the CR is the cab – it’s the nicest on the market. I never get drawn into buying something that looks fancier than necessary, but it’s comfortable and simple.

It’s quiet, too, though you can still hear enough to be alerted to problems. 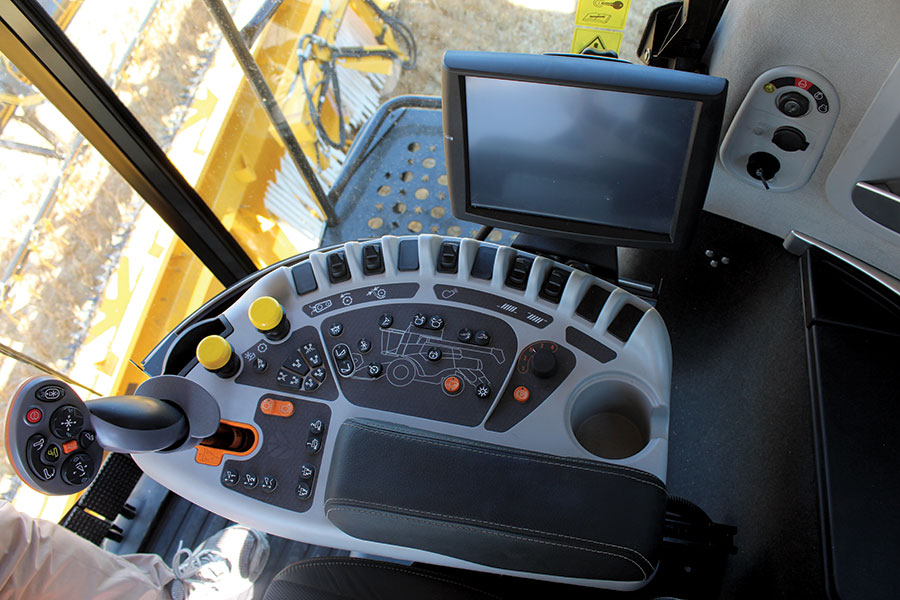 Straw quality is surprisingly good, which is an important factor, as we bale every cereal acre. The 12.5m header leaves an enormous swath, but it isn’t beaten up half as much as it would be in an older rotary and the local baling contractor never moans.

I’m sure it’s because the feed-in is so smooth on these machines – the drum and twin threshing rotors no longer have to obliterate the straw to get the grain out.

Our heavy, moisture-retentive soil will reward us with good yields if we work it right, but it needs a lot of horsepower to chop the straw and cultivate afterwards. Whenever we fire up the chopper, you can hear the engine bog down, so horsepower is inevitably the limiting factor.

We’re in a flat, windy area, so the laws of physics make it impossible to throw chaff to the extremities of the header, which is part of the reason why we bale so much straw.

Our establishment system could be considered a bit untrendy these days, as we still cultivate every acre with a Simba SLD, but doing so soon after the combine means that an even spread of chaff and chopped straw isn’t so imperative.

The newest models have a redesigned straw chopper and chaff spreader, which apparently has a more powerful hydraulic motor. It’s also possible to alter the spread pattern on the move by playing with the vanes and deflectors, though I’m yet to be convinced that it will throw precisely to 12.5m.

We’ve avoided any major breakdowns over three seasons, which is pretty good considering we put 1,200ha through it annually.

However, it eats a rotor belt every season and, at £1,000, they’re a pretty expensive service item. That said, we can put up with it – it’s in the middle of a 600hp driveline and would last much longer if we didn’t choose to push it hard in green crops. Given the ground it covers, we can swallow the 30p/acre an annual replacement costs.

We do all the other servicing ourselves. Dealers often offer to “throw it into the package”, but we end up paying for it somewhere.

More power. We don’t really need a bigger engine to cut more crop an hour or drive quicker, but it would help do a better job of processing what comes out the back. Having said that, increased output mustn’t be at the cost of reliability.

Not long after we bought our CR, New Holland launched the Revelation model, which has 700hp and has apparently increased output by 10%.

The 12.5m header is already pushing the limits of combine design and having a rigid deck can be awkward on some of our uneven land reclaimed from old reed beds.

The answer in the future might be to go down the flex header route for better contour following, but we’ll wait to see how they perform before committing. As it stands, they’re a bit of an unknown – they sound phenomenal in some conditions, but we have to go with the best compromise.

One of my pettier complaints is the lack of a decent toolbox – I find it exceptionally irritating having spanners and sockets rolling around the cab floor.

Definitely – we replace it every three years. In my opinion, you have to put a value on the pleasure of owning and driving a new machine, and that satisfaction keeps me motivated when the hours are long and the going is tough.

That said, I’m concerned about the way things are going – there are so many components and they’re so complex. The electronics rely on fitters, but the technology is beyond a lot of them these days. It often means they end up replacing bits until they strike lucky and solve the problem.

And the most important thing about these machines is that when the electrics go down, it should be possible to bypass them in an emergency.