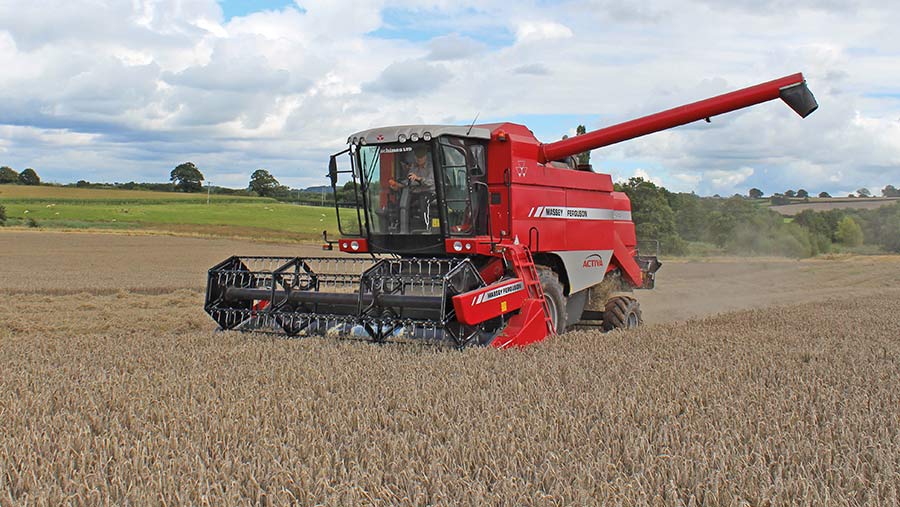 We get the lowdown on the Massey Ferguson Activa 7240 combine run by Shropshire farmer John Roberts.

What made you choose a Massey Ferguson Activa?

Most of the machinery we run is Massey Ferguson as we have a good dealer in our area and it’s simpler to run one brand. It’s almost become a tradition now.

On the whole, we’ve had very few serious mechanical problems, apart from our old Dronningborg-built 27 combine, which was a heap of trouble. We bought it new and kept it for 21 years, but it was a fairly testing experience at times. By the end it was literally falling apart. 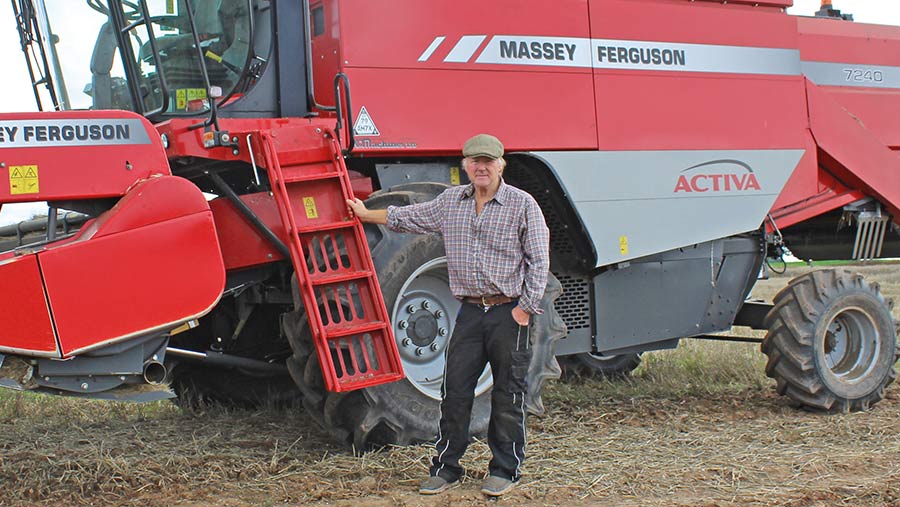 When we decided to upgrade in 2013, the only reason we went for another Massey was that the Activa was based on a Laverda, which had a good reputation for build quality – we’d actually hired one years before and were impressed with it at the time.

It was also one of the few genuinely simple combines on the market, with manual levers for engaging the threshing, header drive and unloading auger. After the previous combine, reliability was top of the list of requirements and it needed to be reasonably priced. With the trade-in we paid about £60,000 for it.

We can’t fault its performance and after seven seasons’ work it hasn’t let us down once in the field. Other than oils and filters, the only replacement parts have been an idler pulley, a set of replacement wooden bushes that the straw walkers run on, and the belt that drives them.

The problem is that the blocks can go tight over time and if they aren’t adjusted they can grip the crank too tight and cause the belt to slip and burn out. 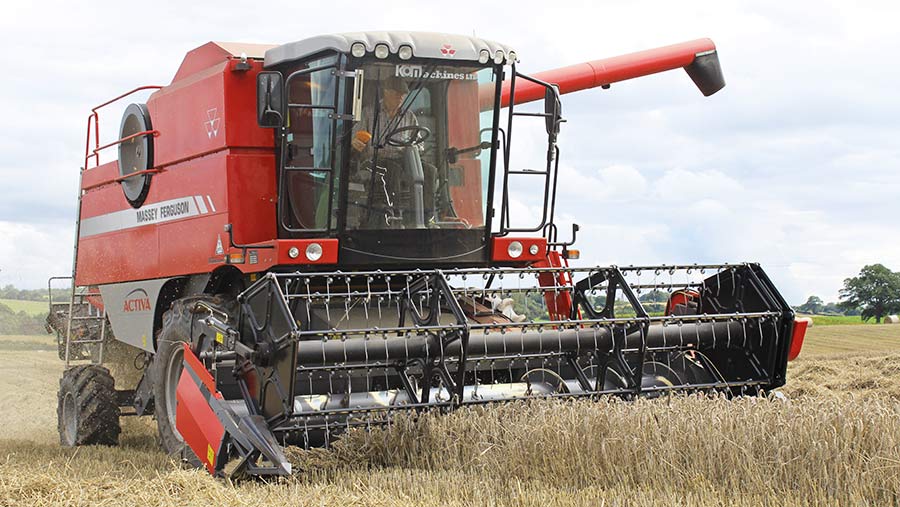 Our dealer, KO Machines, now makes sure the blocks are kept at the correct tension every time it does a service. As we’re only cutting about 56ha of arable crops these days, they do this every other year.

Recently, the drum speed has started to drop slightly and there’s a small oil leak on the pulley, so this will also need to be looked at soon.

Output is more than enough for us, as the combine could comfortably cut double our acreage. However, we need to be able to get on quickly so that we can concentrate on our pick-your-own soft fruit and vegetable business. It also means we’ve got a fighting chance of getting the crop in dry.

The main reason for choosing the smaller header was so that we could drive through all our gateways without taking if off, but it’s actually too tight for a few, so we might as well have gone for the bigger version. 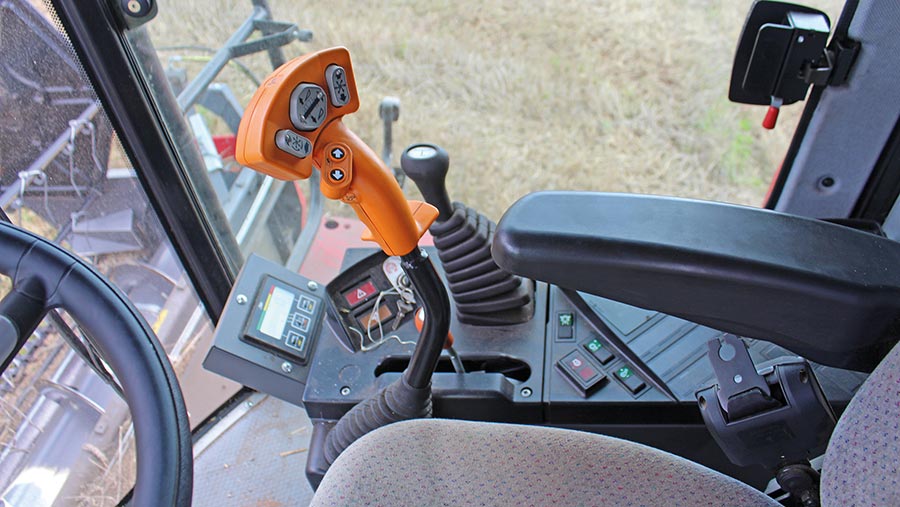 From an operator’s point of view, it’s very quiet, comfortable, and the controls are blissfully simple. There’s just a joystick to control the hydrostatic transmission and header functions, plus a bank of levers for everything else.

There are also two small LCD screens – one for the loss monitors and one that shows engine revs and allows you to set the drum and fan speed.

Another thing we like is that there are very few daily greasing points, meaning we just get going very quickly in the morning and don’t have to waste time on maintenance.

Although we were keen to keep things simple in the cab, it would be nice to have electronic engagement of the threshing mechanism, header drive and unloading auger. It would make the combine a little more refined to drive and would allow a passenger seat to be fitted.

This was an option when we ordered the combine, but we were set on keeping it simple at the time to avoid breakdowns. For us, reliability is the number one requirement for a combine, so extra features are just nice to have.

Another odd quirk of the levers is that they have long extensions on the end that mean they block the door when the threshing or header mechanism is in gear. It’s obviously a safety feature, but I’m tempted to take the hacksaw to them.

The header height gauge is also pretty useless. It’s just a tube and spring arrangement mounted on the side of the cab with a cable that runs down to the front elevator. We just ignore it and set stubble height the old-fashioned way.

The threshing and separation system is just a drum, concave and walkers which means there are very few moving parts to go wrong.

In most crops it threshes well enough, but we have had some problems removing barley awns, even with the de-awning plates fitted. This is our main niggle with the combine so it would be good if Massey could find a way to sort it.

The rest of the separation and cleaning system works well, and the sample is much cleaner than it was on our old combine. 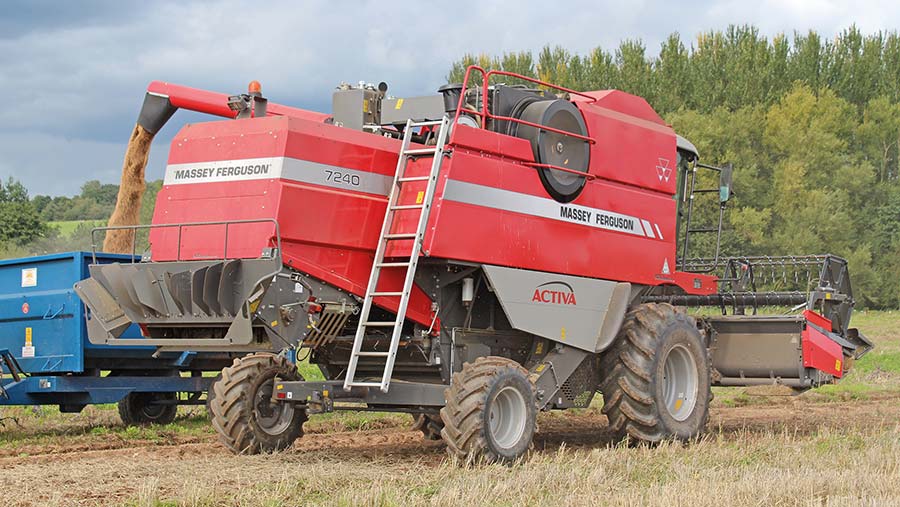 How about the straw chopper?

We bale all of our straw, so I ordered the combine without a chopper. Somehow, it still arrived with one fitted and I have used it on the odd occasion. It does a good job.

I think this machine will see me out, but I would recommend one to someone on a relatively small acreage that is looking for a reliable no-frills combine that’s economical to run.

If I was buying it again, the only things I’d change would be upgrading to a 4.9m (16ft) header and adding electronic threshing, header and unloading auger engagement.

Where it fits in the Massey range

Activa five-walker combines are the entry level machines in Massey Ferguson’s lineup and at the time the 7240 was the smallest model offered.

Production of this model stopped in 2015 and it was replaced by the 7340. The new model has similar internals, but is powered by a 4.9-litre four-cylinder Agco Power engine that develops the same 176hp as its six-cylinder predecessor.

Buyers looking for a little more output have the option of the 218hp 7344, which is powered by a 7.4-litre six-cylinder engine and can cope with headers up to 6.6m (22ft) wide.

Activa S models are the next step up, with a more sophisticated threshing system and the option of five or six walkers.