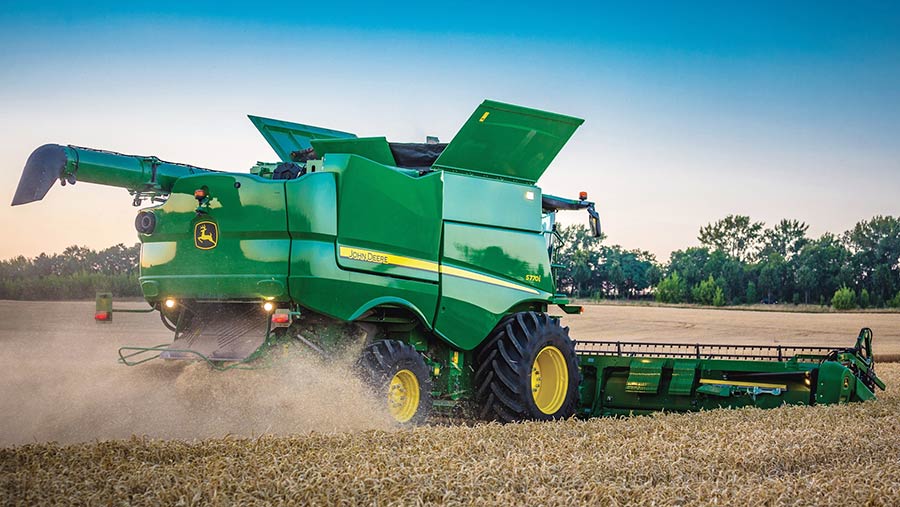 John Deere has introduced a number of upgrades for its flagship S-series combines, including improvements to its automation systems and residue management.

These will apply to 2020 model machines, for which the order books opened in August 2019.

A change to the Interactive Combine Adjustment (ICA2) system means it is now capable of automatically controlling the combine’s speed – a task that required operator input before.

Now it will detect if there are high levels of chaff or broken grains in the sample and adjust various settings, including forward speed, until the desired quality is reached.

John Deere is backing the new system with a guarantee offering customers compensation for any broken grain losses of more than 1%.

This will apply for wheat cut during the 2020 season and customers are able to sign up to the deal via John Deere’s UK website.

Changes to the straw chopper and chaff spreader have also been introduced to help counteract the effect of side winds.

These allow the machine to automatically adjust the angle of spread according to the wind speed and direction.

When the combine turns around, the system is also clever enough to sense the change in orientation and mirror the broadcast pattern.

Remote adjustment of the straw chopper counter knife also allows the operator to fine-tune chop quality without getting out of their seat.

They can then monitor the results of their actions in the combine’s reversing camera.

Finally, Deere engineers have added a highly accurate humidity sensor to improve the accuracy of the yield meter.

Buyers of the firm’s W- and T-series combines now have the option of adding the fourth-generation 4640 Greenstar display to the cab. 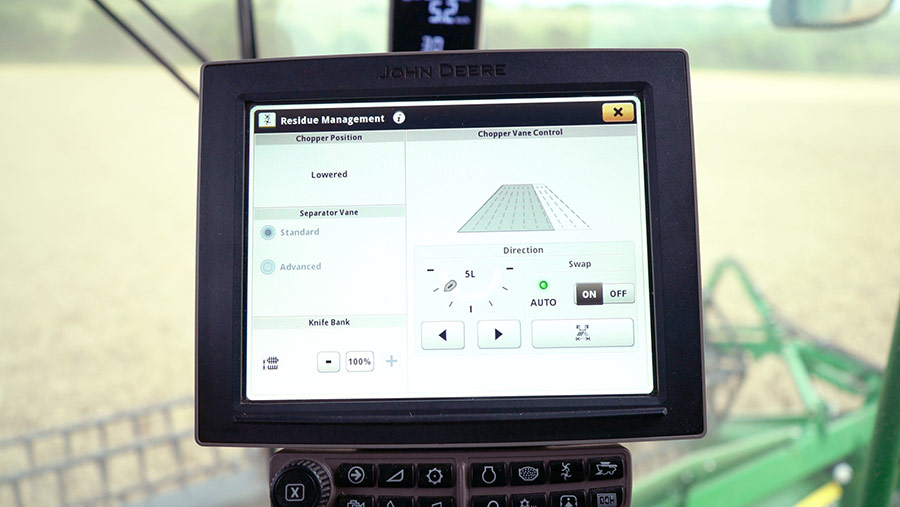 When choosing this option, combine settings are still housed in the armrest screen, but all other functions can be controlled through the 4640 display.

These include guidance, documentation, data transmission and Machinesync, which automatically steers the tractor/trailer combination driving alongside.

The 4640 display is removable and can be used to perform other tasks, such as operating section control on a sprayer.

John Deere is also launching a 700X range of variable-length headers for 2020. 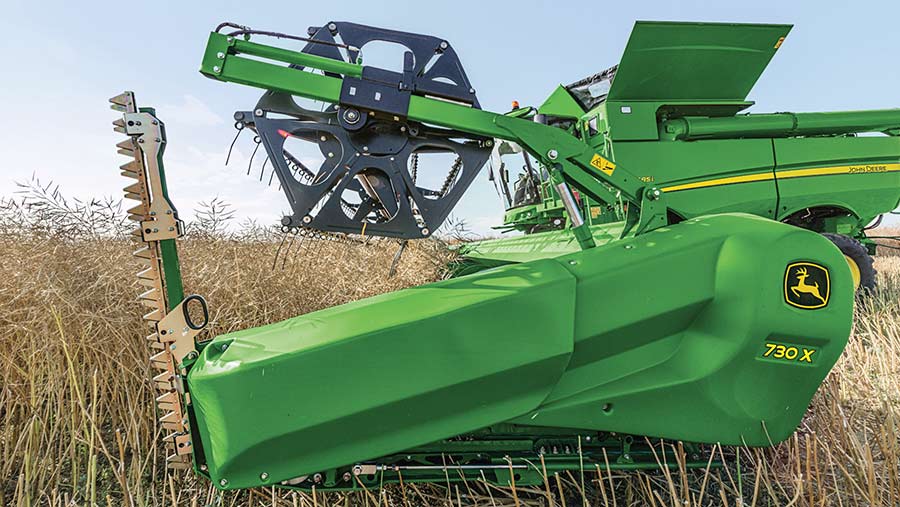 These will feature a low-profile feeding design to give a smoother transition to the auger, particularly for short crops such as spring barley.

The slip clutch position has also been moved directly to the auger to minimise wear and thicker skid plates have been added.