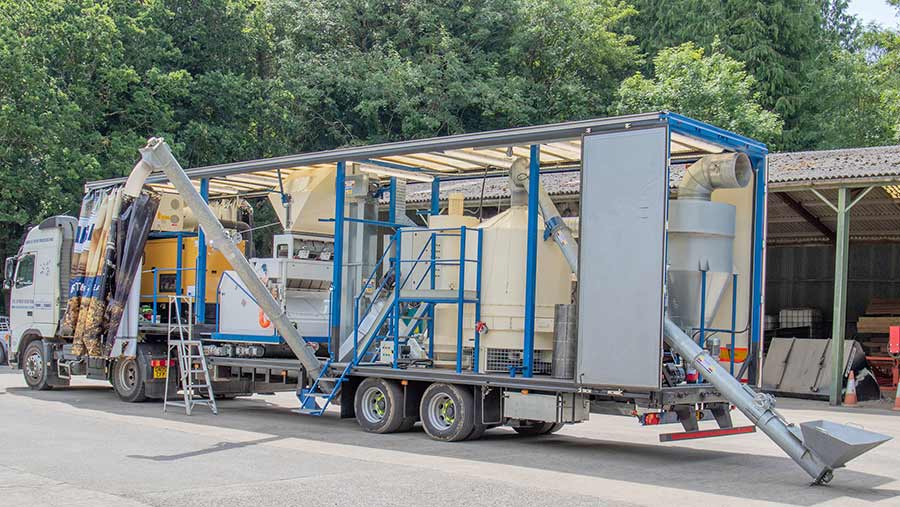 Growers who have harvested dirty crops this year could clean things up by hiring a full-colour, optical mobile grain sorter from seed specialist Evans & Pearce.

The Dorset-based company says the unit can aid separation where a colour difference exists between the desired and non-desired seeds and should be particularly useful when guaranteeing weed-free seed crops for dressing.

Well-known grain handling company Perry of Oakley was enlisted to help design and build the lorry mounted unit, which has been shown to remove poppy seed pods from organic milling wheat and oats from wheat seed.

The two-stage system begins with a high capacity rotary pre-cleaner that offers working speeds of 50t/hr and has demonstrated the ability to reduce screenings in malting barley and increase hectolitre weights for wheat.

The machine’s high throughput means up to four trailers are required to keep it fed and take screenings and cleaned product away. 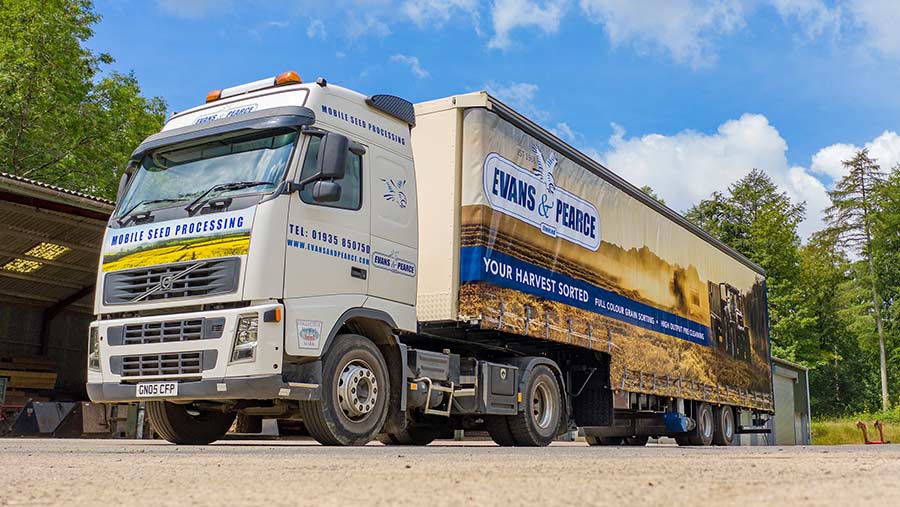 The second stage is the colour sorter from Japanese company Satake.

This uses two banks of cameras that can distinguish between certain colours as the grain passes under them.

When one of the unwanted colours is detected, one of 360 air ejectors then removes the object from the product table regardless of size or density, with wastage said to be less than traditional gravity or screening methods.

The colour sorter works at rates of up to 20t/hr and can remove ergot-contaminated grains from cereals, sort different species and remove discoloured grains, while the pre-cleaner can also remove weed seeds from dirty bean crops.