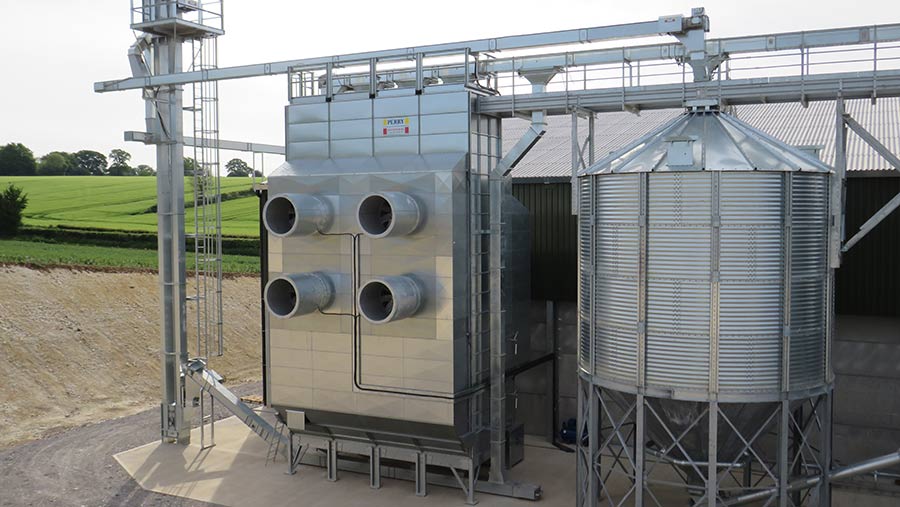 The biggest flat-bottomed model in the range is 32m in diameter and has a 20,000t capacity, while the hopper-bottomed units come in either a 45deg pitch containing 3,000t or a 60deg angle that holds 1,900t.

The silos have been designed using high-grade S459 steel and galvanised to the Z600 standard in a bid to prolong service life.

A single-piece roof design is used on silos up to 16m diameter, which makes installing the hoppers much easier, we’re told.

The hoppers are engineered in conjunction with recent start-up Silomaster and production will start in September at a new factory in Spain.