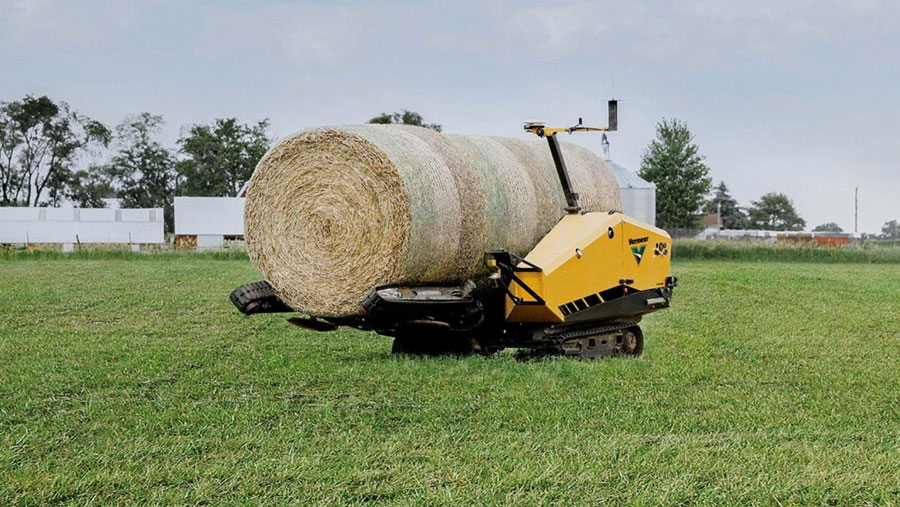 The tedium of collecting round bales from the field could be eliminated if Vermeer’s prototype Bale Hawk robot makes it into production.

The US maker has a track record of developing unusual harvesting kit, with a self-propelled round baler already on its books.

Details on the twin-track Bale Hawk are limited at present, but it features a bank of sensors and cameras to detect where the bales are in the field and is able to plan a route to collect them.

It can carry three 4ft or 5ft rounds at a time, which are loaded onto the rig via two belts on either side of the bale holding channel. When full, the machine will whisk them away to a stacking location.

As well as the potential to reduce labour costs, Vermeer says the system could significantly reduce the compaction associated with round bale collecting. Testing of the machine is continuing this harvest.