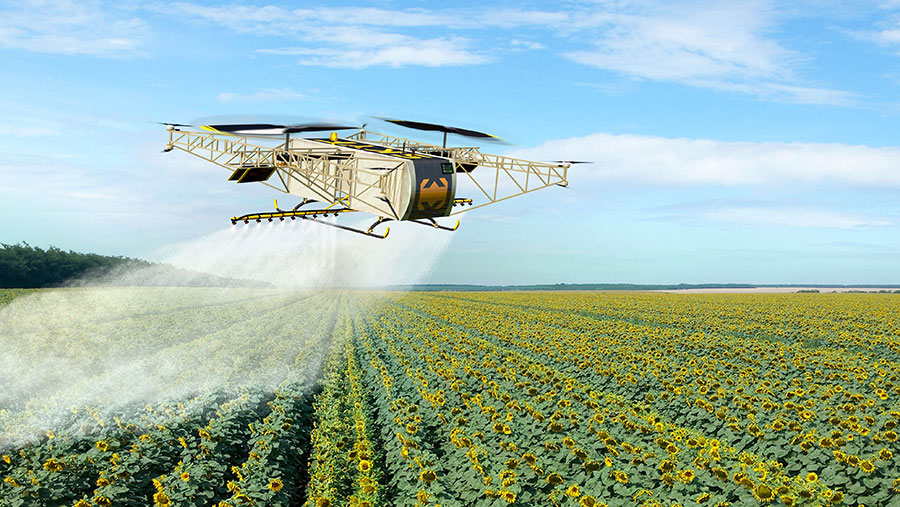 Drones now play a key role in helping some farmers to spot early signs of diseases in crops and check livestock in remote areas.

However, flying round the sky and snapping pictures or videos is all well and good, but ask it to carry materials or spray crops and the standard drone is rapidly out of its depth.

Enter Russian drone specialist ARDN technology, who has constructed a massive drone-cross-helicopter, which is capable of crop spraying, delivering loads in hard to reach areas and fighting fires in forests, claims the company.

There’s also no need for a runway and the drone can take-off and land vertically, with a total weight including cargo up to 650kg. The lifting and steering motors are separate, while light detection and ranging controls the drone’s position using light to measure the distance from itself to the ground.

All settings and destinations are through an iPad, which is programmed to steer clear of any restricted areas and can detect oncoming traffic, while there’s an on-board parachute rescue system for cargo and drone should anything go wrong.

A top speed of 70kmh and a flight time of about eight hours when carrying 54kg, offering a vast travel range of 350km (217 miles) and accuracy within 30cm, should help to keep it under control.

The spraying jet is positioned under the main rotor and produces a fog rather than larger droplets spray, which the company claims gives greater coverage of the target area by surrounding the plant.

So, what does this huge metal bird cost? The company reckons one flight hour costs US$150 (£112), which is 10 times cheaper than a helicopter hour. The drone is being prepared for the UK legislation, with the firm planning to be in a position to offer flight hours to farmers in the UK by the end of 2018.