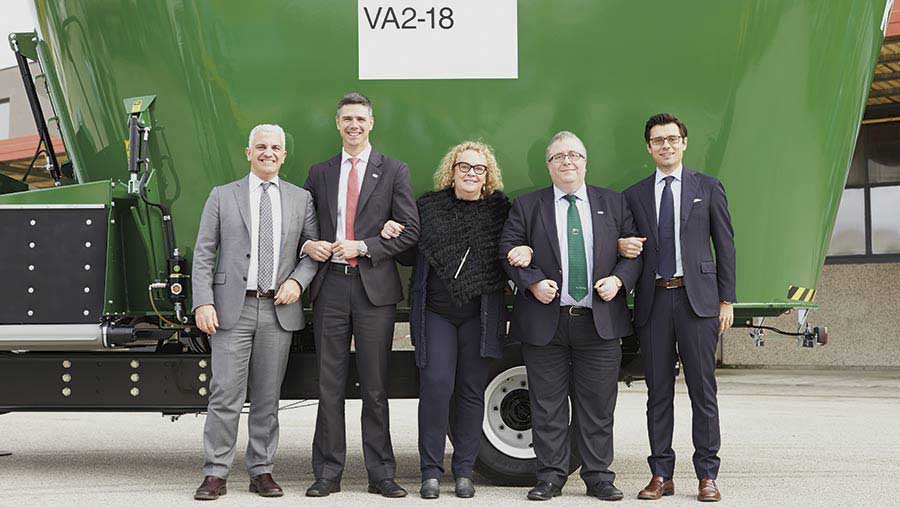 Keenan has a tradition of using a paddle-mixed diet feeder system, but after teaming up with Storti claims to have found the best vertical auger machine in the market to expand its offering.

The firm said it had successfully enhanced the output from this machine with the addition of its InTouch precision feeding system.

Matt Higgins, commercial director of Keenan, told delegates at the Agromek launch that the nutritional output produced by the new vertical auger had been greatly optimised thanks to implementing its unique algorithms for the exact mixing order, speed and rotations.

“We are confident the Keenan vertical offering is the best the market has seen, both in terms of build quality and production benefits to the farmer,” he said.

The new vertical models will continue to uphold the Keenan values of machine reliability as well as low power and maintenance requirements.

Engineered to optimise the use of space, the Keenan VA2 and VA3 machines allow materials to be rapidly and efficiently mixed into the overall total mixed ration.

Both machines are mounted on a custom-built chassis.