Well, it’s been resurrected. Blue-liveried toppers and straw choppers will shortly be reappearing at dealerships across the country. 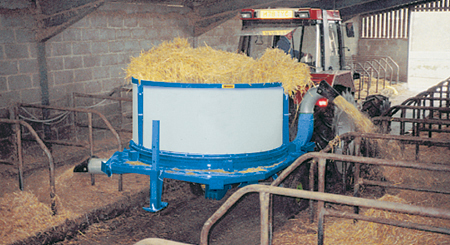 The Devizes-based company – which was well-known for its livestock orientated kit – has had a complicated history, first being bought out by Taarup in the mid-1980s.

Shortly afterwards Taarup was acquired by Kverneland and consequently Kidd Farm Machinery was absorbed into the Norwegian giant’s fold.

In 2002 a management buy-out took place which saw a firm called Kidd Farm Machinery established to oversee the manufacturing and marketing of ex-Kidd machinery at the Devizes base.

The outfit continued to churn out feeder/mixer-wagons under licence to Kverneland but the venture wasn’t as successful as had been hoped.

The plant was sold to automotive specialist Omitec which makes, among other things, vehicle diagnostic systems including Crypton tuning kits.

Earlier this year Omitec realised it was sitting on a business with a great deal of potential and took the decision to resurrect the Kidd Farm Machinery brand, starting gently at first with toppers and straw choppers.

Export demand is reported to be strong and next year will see the company introduce a number of further developments to compliment the existing product range.