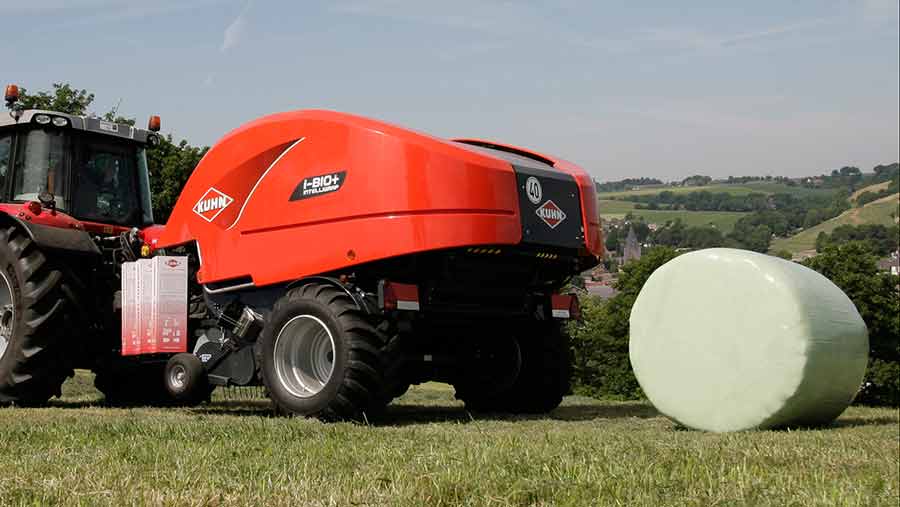 Kuhn’s latest round baler-wrapper combination, the i-Bio+, has an unusual twin film-on-film wrapping system which is said to cut wrapping costs and make it easier to recycle the plastic film.

Bales are formed by 18 PowerTrack rollers with stainless-steel plates that are said to reduce power requirement. The six rollers in the bottom of the chamber act as wrapping table during the bale wrapping process.

The i-BIO+ can be used with conventional net binding or Kuhn’s film-on-film bale binding and wrapping system. This is said to cut wrapping costs, is easy to use and eliminates the need for a separate netting.