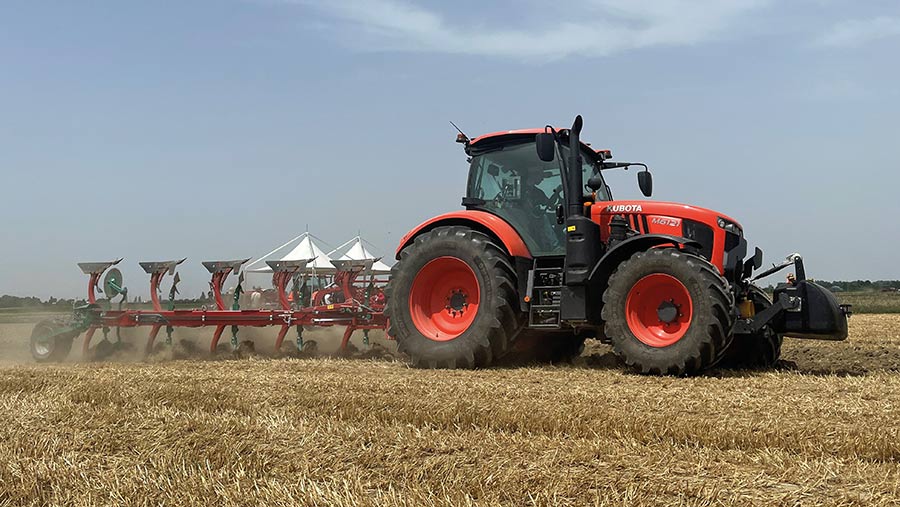 Building on the success of its Variomat, Kverneland has launched a clutch of new Stepwise plough models.

These are available in two variants – the 2300S and 3300S – and five sizes, and have received a number of tweaks and upgrades.

Most notable of these is KV’s Trailer Transport Solution (TTS) that is designed to improve transport safety by making the plough behave like a trailer when travelling to and from fields.

This works by centralising the pivot point of the tractor and plough, stopping the implement from tilting outwards on roundabouts and sharp turns.

The plough’s strength has also been improved by reducing the amount of welding on the aero-profile legs, limiting potentially weak spots.

Power requirements work out at around 30-55hp/furrow. The 2300S is available with between three and five furrows, and is recommended for tractors up to 255hp.

The 3330S model comes with four to six furrows, and requires a bigger tractor up to 330hp.