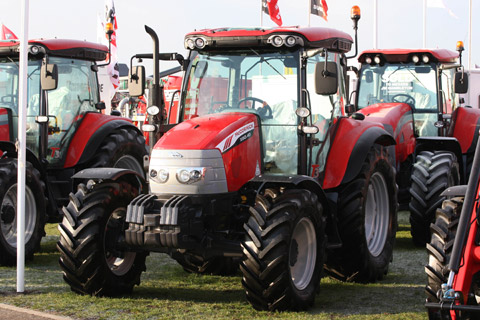 Fresh to the McCormick stand was the new mid-range X60 series.

McCormick has opted for lower rather than top link sensing to handle bigger implements, and a 750 speed pto has been added so implements can be run at 540 rpm but at a more economical engine speed.