Many manufacturers have had a stab at producing a credible non-stop round baler, but as yet none have managed to do so with any real commercial success.

The combination of overly complicated designs and a lack of technology to make them work properly has resulted in machines with high price tags and poor reliability.

But now three makers – Krone, Lely and Vicon – have picked up the baton and each came up with a new take on the concept.

Will they work, and if they do, will farmers be prepared to shell out the considerable sum to upgrade from tried-and-tested machines such as McHale’s Fusion 3?

To find out we asked each maker to set out their stall.

Krone was the first to get back on the non-stop baling bandwagon when it unveiled the Ultima. 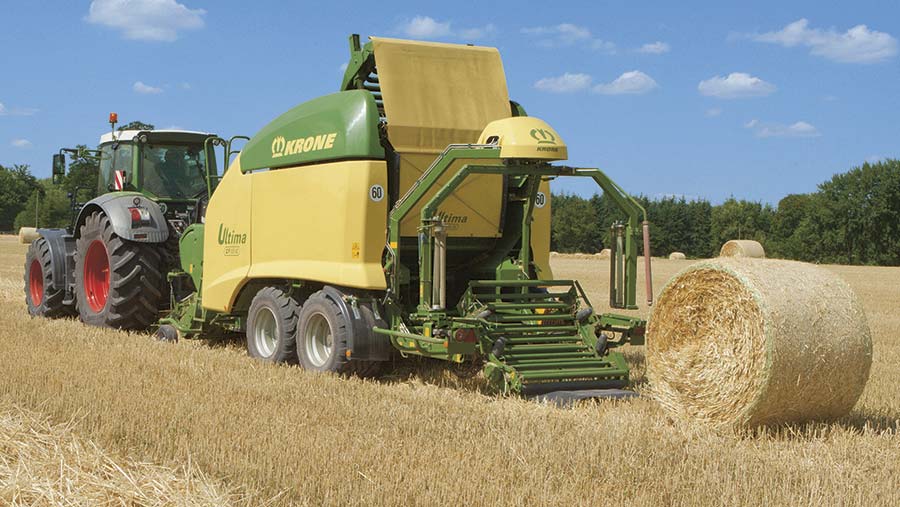 It decided to go for a semi-variable chamber baler with a pre-compression area.

It also added a wrapper on the back, creating a one-pass machine.

The crop flows from the camless pick-up to two converging conveyers that start the compression process.

The resulting lump of material is then fed into the main chamber where a bale begins to form.

Once it reaches the right size, the conveyors stop. This briefly halts the flow of material into the chamber, giving the finished bale enough time to be wrapped with net.

In a thick crop, the bottom conveyor will lower to make the compression chamber larger. The operator can also make use of an implement management system on the tractor, which should “talk” to the baler to adjust forward speed according to the thickness of the crop.

After netting, the bale is ejected on to the wrapping table and is either covered with film or dropped. Meanwhile, the belts in the compression chamber resume their original direction and push the compressed lump of material into the main chamber, ready to start the next bale.

Krone says the Ultima is capable of producing as many as 90 bales/hour.

Unlike the other two balers here, the Ultima is already on the market. However, no UK farmers or contractors have been tempted to buy one yet.

Lely’s CB concept is currently being tested in the UK. Interestingly, Lely has opted for a belt baler set-up, which is different from the systems used by Krone and Vicon. 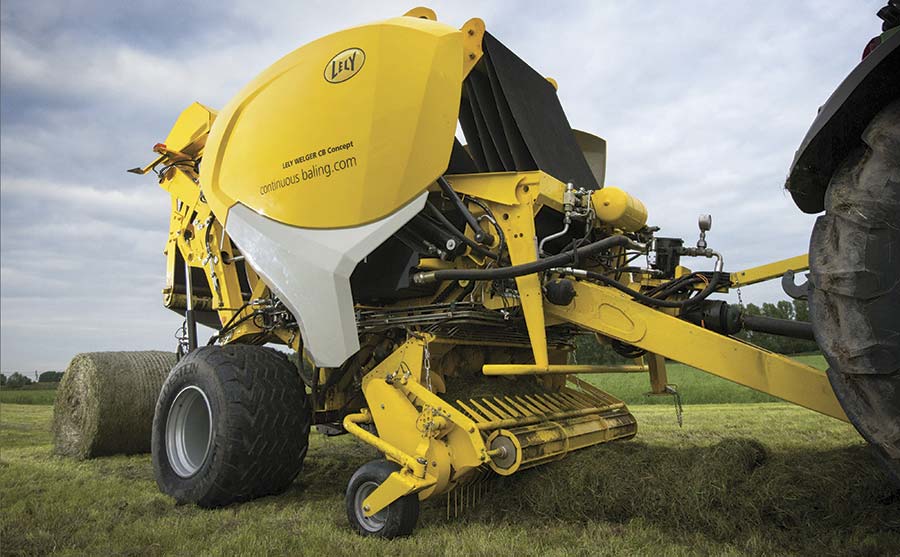 It has also elected to go without a wrapper. Lely says this is because it doesn’t want to overcomplicate things before it has got the baler right, and is unsure whether it’s worth adding an integrated wrapper.

It’s opting to wait for customer feedback before deciding if this is the right way to go.

Lely’s take on the non-stop baler uses one extra-long belt that effectively makes two chambers. As the material feeds into the chamber, the bale begins to take shape, just like any other variable baler.

Once the bale has reached full size, it is moved towards the tailgate by the bale drum, where net wrapping starts. This gives space for the next bale to start at the front, using the same belt. When net wrapping is completed, the tailgate can open and eject the bale while another is being created.

At the moment Lely has two demo machines working on UK farms. If these perform well then it should be available to buy from this autumn.

List price is set at £81,000, but bear in mind you will need a wrapper as well when making haylage or silage.

Hot on the heels of Lely’s continuous baler, Vicon unveiled the Fastbale – a non-stop round baler-wrapper combination that joins together a pre-chamber with a main chamber, plus a wrapper.

The first chamber is two-thirds the size of the main one and starts the bale-formation process. After it reaches its preset density, the crop is then moved into the main chamber.

In the main chamber it can be taken to its maximum size of 1.25m. When the bale is full size, the crop flow switches back to the pre-chamber.

Net is then applied to the completed bale, the tailgate opens and it transfers on to the wrapper. All this happens seamlessly, helped by a wrapper frame mounted on a parallel linkage.

The Fastbale is apparently capable of producing 100 bales/hour when you’re putting six layers of film wrap on.

After Vicon has finished tinkering with it, limited numbers will be available next year.

Prices are in the region of £98,000, but this could change before its release.

If each of the manufacturers’ claimed performance figures are anything to go by, there is no denying these will be incredibly high-output machines.

In the right conditions they can churn out about 100 bales/hour, and if you teamed the Krone or the Vicon to a front-mounted mower, you’d have a one-pass silage machine.

This all sounds pretty impressive, particularly for those who want to produce quality wrapped haylage or silage in a tight weather window.

But there’s already some keen and considerably cheaper competition from existing combination round baler/wrappers.

McHale’s Fusion is the one to beat; it has been around for a fair few years now and has somewhat cornered the market.

So whether it’s a worthwhile investment to shell out an additional £30,000 or more for an extra wrapped bale every two minutes remains to be seen.

It will also be interesting to see if the claimed output figures can be matched in real farm conditions.

Until they are properly proven, it is inevitable take-up will be steady.

So for most of us it is likely non-stop round baling will remain a dream for a good while yet.

History of the non-stop round baler

Claas was the first manufacturer to attempt building a non-stop round baler in the late 1980s. The so-called Rollant Rapid used a similar system to the Krone Ultima, with a reversible compression chamber. Unfortunately, it never really took off.

Enterprising farmer Geoff Eyre also produced a non-stop baler in 1997. Radical in its format, it comprised an offset pick-up that fed the crop into a single bale chamber running at right angles to the direction of travel. This produced a 2.4m-wide bale, which was cut in half to produce two 1.2×1.2m round bales. 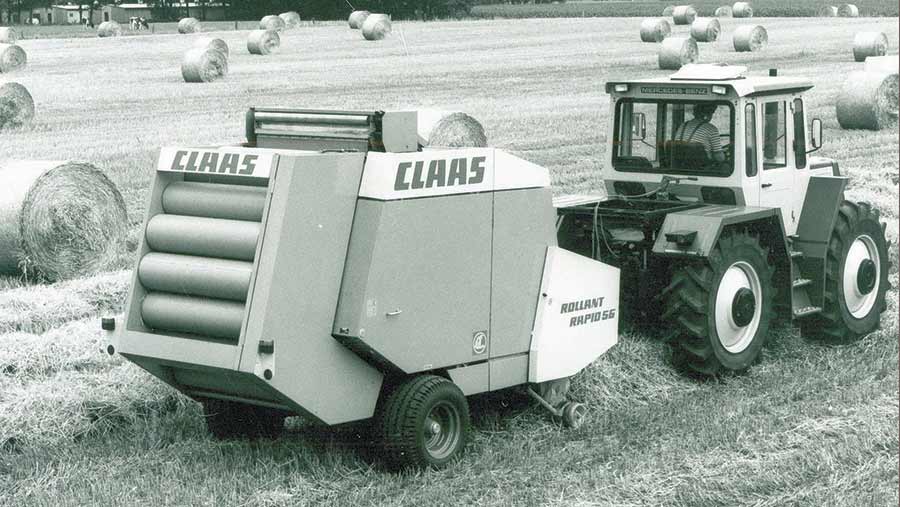