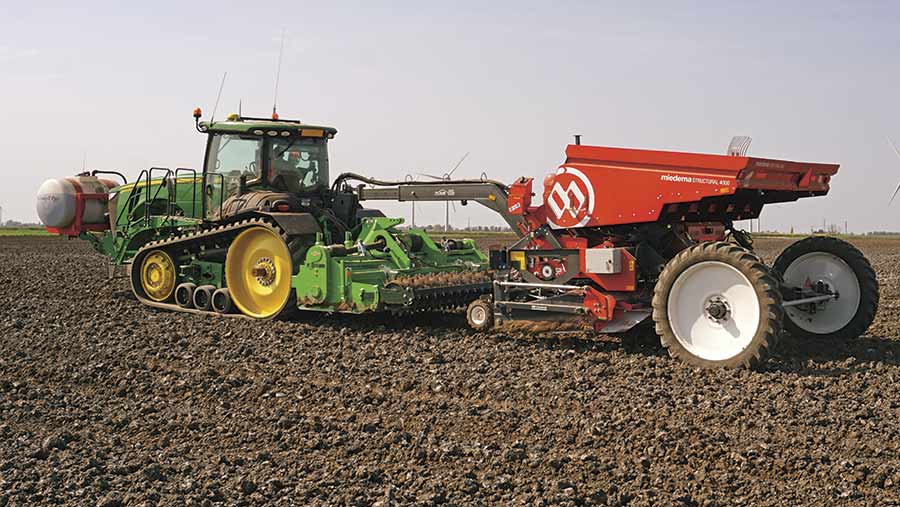 A gang of six companies led by root crop specialist Niagri has co-operated to produce one of the most impressive potato planting rigs in the UK.

Agri-Weld then supplied a specially designed packer roller and Niagri, as well as co-ordinating the project, produced the hitch point for the John Deere 8370RT that provides the grunt for the whole rig. 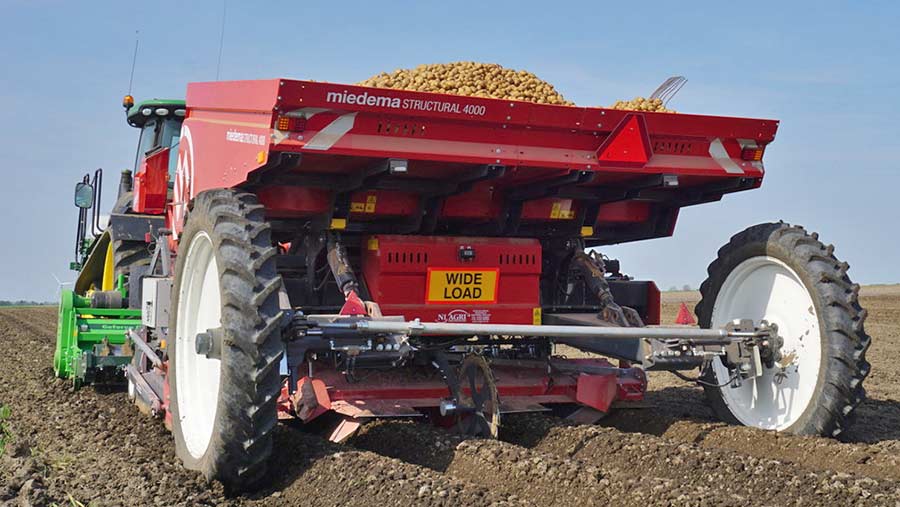 Belt planters are far more popular than cup planters in the UK, so Miedema supplied its MS 4000, which it reckons provides a bit more flexibility when working with a mix of tuber sizes.

The rig is able to create tram lines by shutting off the outside row on two corresponding passes and, although there’s a slight output drop associated with having a tramline, the losses are offset by reduced compaction and not having to run on a row.

Applying chemical also becomes easier as the sprayer is able to run on a wider track and on larger tyres. Individual row shut off also ensures that headlands are taken care of neatly, too. 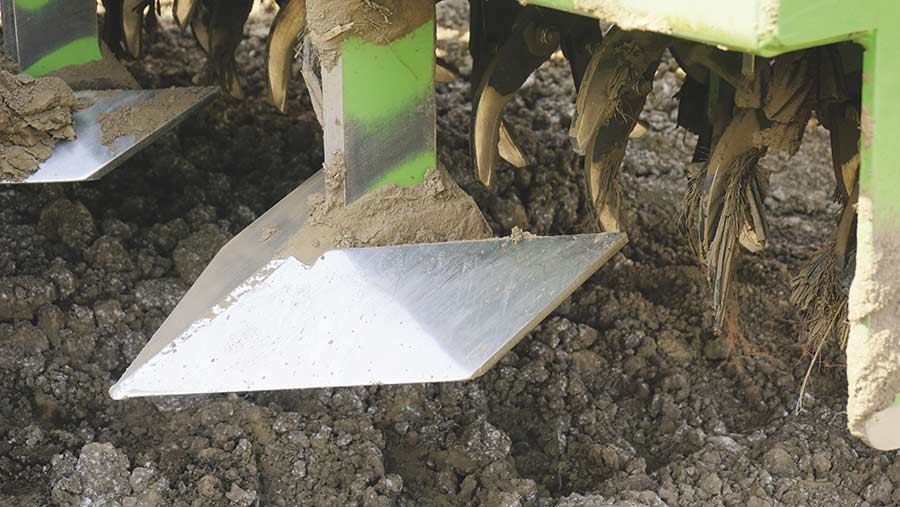 The next part of the jigsaw came from AVR dealer G&J Peck, which supplied a GE-Force fixed-frame HD 4-90 cultivator with a 3.8m working width.

It has a heavy-duty headstock to hold the four opening legs in place and their depth can be controlled from the cab.

The tines can also be lowered deeper and used as a subsoiler for loosening headlands after the planting has finished and the height of the hood can be altered to make it easier to clean and stop the build up of mud.

The hefty compactor at the rear was specially designed by Agri-Weld and the ball hitch and its mounting arrangement was engineered by Niagri to allow for a tight turning circle.

It’s worth noting that the cultivator and planter are totally separate from each other. Earlier versions connected the planter to the frame of the cultivator but this compromised planting accuracy.

Crawler tractors have a tendency to bob up and down and the hopper exerts less force as it empties, which can cause the cultivator to work at different depths and planting to be uneven.

GWFC plants around 350ha of potatoes each year and, until now, has relied on a two-row machine. The timing of its switch to the greater output of a four-rower has been impeccable as most potato growers are three to four weeks behind schedule owing to the wet weather.

Having four rows improves flexibility. On the top-grade silt soils it is possible to rotavate the soil once and then plant, so GWFC tends to follow over-wintered ploughing with a 6m AVR rotavator and nematicide applicator pulled by the 370hp John Deere 8370RT and then plants on the second pass.

However, two passes with the rotavator are used on tougher soils. The new combination allows the second pass to be combined with the planter, cutting down on the amount of time spent in the field and reducing compaction.

The company is also considering fixing the nematicide applicator to the swan neck frame in the future, too.

Part of the interest in bigger planters comes off the back of a trend towards four-row harvesters.

Last year, Niagri sold its first four-row DeWulf Kwatro harvester and competitors AVR, Grimme and Ploeger report increased sales of such machines. No matter how good GPS gets, harvesting with a four-row machine is much easier when working on a four-row bed rather than a pair of twin rows.

Of course, bigger machines also have their complications. The Miedema rig has a transport width of 3.8m and requires an escort when moving on the road.

That means it takes a degree of planning to work out whether the machine will fit over some of the narrow fenland droves, bridges and dykes. To help, the rear steering axle and high swan neck drawbar allow for tight turns.