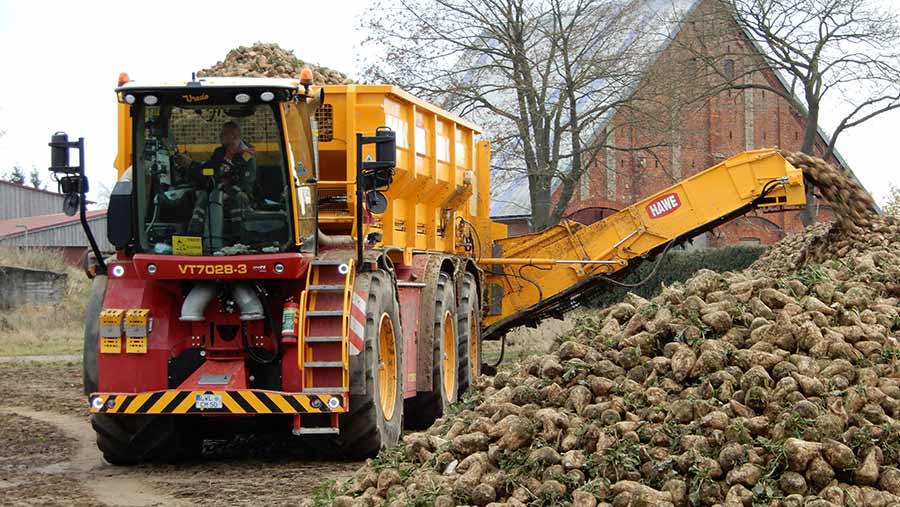 To limit the effects of tractors and trailers compacting soggy beet fields and help existing customers make the most of its huge machines,

Vredo has teamed up with Hawe to mount a beet box on the back of its self-propelled units, in place of the usual slurry tankers.

The six-wheel-drive and steer unit normally carries a 32,000-litre slurry tank on the rear but can now accommodate a 45cu m steel beet box, which connects via six twist locks and is also tippable for maintenance.

Measuring a huge 10m long, with an inner width of 2.7m, total height when mounted on the Vredo chassis tops out at 4m.

The rear unloading arm sits on the rear left corner of the box, has a width of 1.4m and is lowered and raised hydraulically for piling the beet at the edge of a field.

The firm say one of the biggest advantages is that it keeps these expensive machines employed for a few extra months of the year, as after the slurry season, they would usual be tucked away until the following year.

The demount beet box comes with its own storage legs, but as yet, no prices have been released.