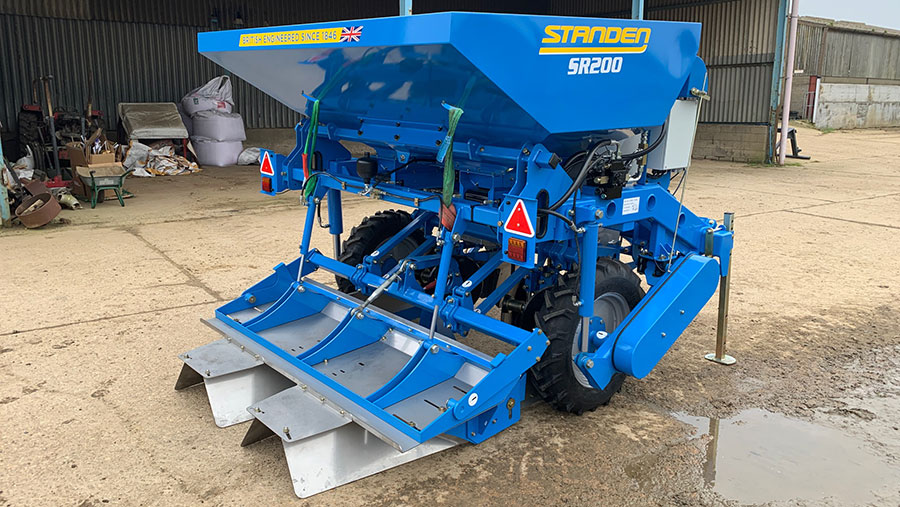 Potato kit specialist Standen Engineering has launched its new SR200 planter, which has a clever cup design that allows it to cope with longer and larger potato seed.

Ely-based Standen has a history of producing popular cup planters, notably with its Big Boy, which was a strong seller after its launch in 1995 and, more recently, the SP range.

However, there has been a big market shift to belt planters over the past decade through manufacturers such as Structural, Grimme and Dewulf Miedema.

The primary cause of this shift was to handle the bigger and longer seed tubers of varieties grown for the French fry market, plus the increased output belt planters could provide over cup types.

The benefits of belt planters came at the expense of accuracy, because although they are good at hitting a per-hectare target plant population, seed spacing within rows can go awry.

As this causes issues with tuber size distribution, those looking for marginal gains have flirted with the idea of switching back to cup planters to improve in-row accuracy. 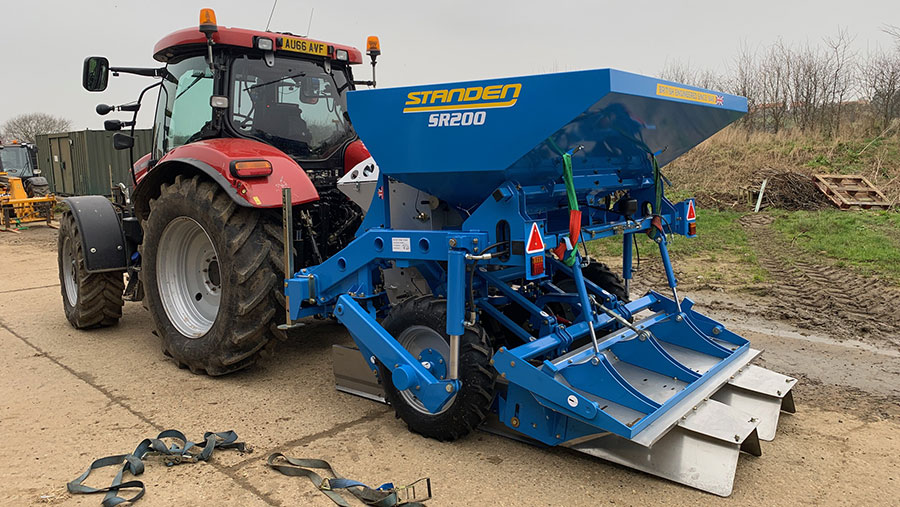 Spotting a gap in the market, Standen has produced the SR200, which is the first cup planter with a larger cup design suited to longer and larger seed.

The machine also has more room in the tunnels where seed is dropped towards the bed, reducing the risk of larger seed tubers jamming inside.

Output is competitive with belt planters, with the SR200 capable of hitting 10kph, depending on seed spacing.

Belt planters can be tricky to set up and must be checked regularly to ensure correct seed spacing is maintained.

Comparatively, SR200’s Hydraulic Space Selector feature allows the operator to adjust seed spacing via the machine’s touchscreen terminal and, once set, it should hold fast.

This eases pressure on the planter operator, who may be looking after multiple applications, such as fertiliser, powder seed treatment and liquid in-furrow applications.

Seed spacing can be selected in centimetres or inches, or the operator can set a target rate per hectare or per acre, depending on preference.

Automatic depth control, whereby a sensor at the front of the machine raises and lowers the planter according to wheeling depth, is an optional extra, along with a hillside kit that includes steering and a vibrating seed return system.

Two-row models are available for 2022, with three- and four-row offset models in development for the following spring.

A basic two-row SR200 starts at £31,000 on-farm, with the addition of the hydraulic space selector, auto depth control and a hillside kit taking the price up to £39,000.

The planter will be on show at Lamma in May.