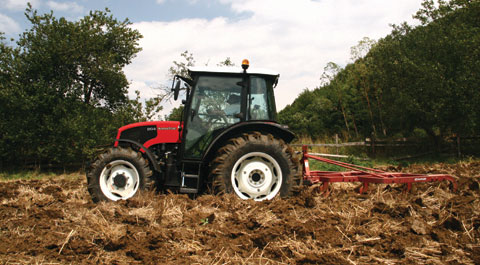 Recent months have seen several new tractor manufacturers at the lower-horsepower end of the market looking to establish a foothold in the UK.

While manufacturers of higher horsepower tractors appear to have the UK market sown up with well-known brands and models it would seem that there is some leeway when it comes to the smaller horsepower end of the market. 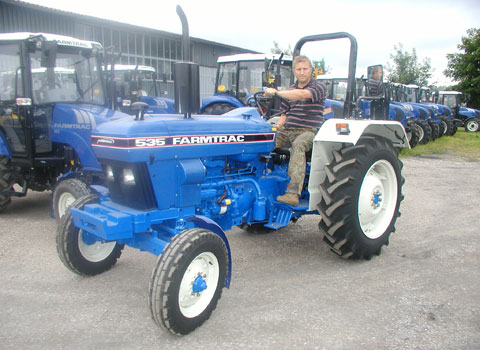 Armatrac tractors, built by Erkunt Industries based in Ankara, Turkey, offer a seven-model range having power ratings from 50hp to 110hp.

The company reports it now builds 6,500 tractors a year and, in terms of volume, holds third position in a home market which has no less than 32 tractor companies.

One of only a few Turkish manufacturers to set about marketing its tractors abroad using its own brand name, plans to establish a UK-based dealer network are currently delayed while the company decides whether to use Perkins or Deutz engines – of the three models revealed at Lamma two had Perkins and the other a Deutz.

For the tractors themselves, their designers have clearly aimed to produce a tractor which has the style and performance to match those produced by western European tractor manufacturers.

The range kicks off with the entry-level two or four wheel drive 50 Series model which has a 50hp 3-cyl Perkins engine driving through a 30kph, four-speed mechanical box complete with a mechanical shuttle. Rear linkage lift capacity is rated at 2,200kg with position and draft control.

A few steps further up the power trail is the 73hp 700 Series which employs a four-cylinder Perkins and has a four range 12 x 12 transmission with mechanical selection, and the line-up is topped off by the 1104 model which is rated at 110hp, again with a Perkins engine which, for this model is intercooled and turbocharged.

Interestingly, the specification for all of Armatrac’s field tractors includes the power available at the pto which is normally about 85% of engine power.

In terms of pricing, the company is being a little reserved but says the tractors will be mid-priced – not the cheapest or the most expensive when compared with the lower end models of the larger UK tractor suppliers. 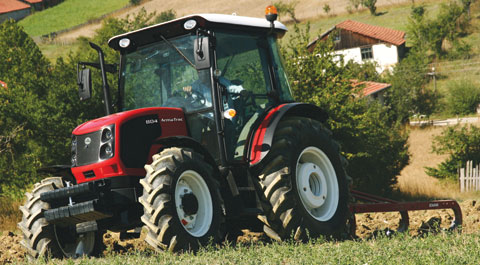 Now marketed in the UK by importer Surrey Power Machines, Farmtrac is part of the Escorts Group which had a partnership with Ford to build tractors under license for the Indian market. This partnership was dissolved in 1996 following Ford’s change to New Holland and Farmtrac was created in response to the loss of the Ford license

Powered by three and four-cylinder AVL engines which have filters and exhaust in an almost identical place as the original Ford engine, the transmission is mechanical with a range stick and a gear selector.

The two-wheel-drive 535, for example, has a three-cylinder engine coupled to a constant mesh gear box providing 8 x 2 ratios. A live pto gives 540 rpm at an engine speed of 1710rpm and a 34litre/min oil flow provides a rear linkage lift capacity of 1050kg. Features include power steering, two spool valves and dry disc braking.

Built with no modern-day electronic frills but just as an engine, transmission, pto and hydraulics along with a seat and cab, these tractors should appeal to those looking for a basic tractor void of any complicated control systems. 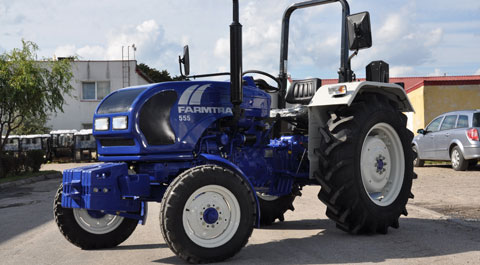 Branson tractors are now marketed in the UK by Riko – Branson is the brand name for tractors built by South Korea’s Kukje Machinery Company which was set up in 1998 when exports were made to North America.

Clearly a well-established manufacturer which enjoys success not only in its home market but also in several other parts of the world, the Branson UK tractor line-up spans the 21hp to 55hp power band. All models are powered by three or four cylinder Kukje engines – the company used to build the lower powered Cummins engines.

For the agricultural market it is perhaps only the top four models which will create interest although for hobby farmers and market gardens lower powered models will have their attractions.

Starting then at 35hp, there are two three-cylinder models on offer – one with a three-range hydrostatic transmission and the other with a 12 x 12 box with synchro shuttle. Features include power steering, joystick control for two double acting spool valves and draft control for the rear linkage which is rated at 1500kg. The pto has operating speeds of 540 and 960rpm.

Two four-cylinder models – a 45hp and the turbocharged 55hp – complete the range, both having a 12 x 12 transmission with synchro shuttle. Power steering is standard as is a draft control rear linkage having a 1500kg lift capacity. The pto, as with the smaller models, offers 540 and 960rpm.

The 55hp version is also available with a cab – the others are platform only models – and all the tractors can be specified in two or four wheel drive builds. Prices range from £12,100 for the 35hp to £17,000 for the 55hp with cab. 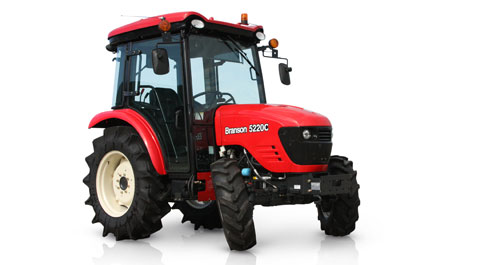 Iseki tractors, probably better known for their use in the amenity business is set to launch two higher powered tractors – the 80hp TJA 8080 and the 100hp TJA8100.

Imported and marketed by Ransomes Jacobsen these tractors are due to arrive in May this year. Powered by three-cylinder turbocharged Sisu engines with emissions controlled by DOC filters the 80hp has a 40kph 18 x 18 transmission and the 100hp has a splitter which doubles ratios to 36 x 36. Both models are fitted with a power shuttle.

In the hydraulic department, there is a 65litres/min flow and draft and position control for the rear linkage which is rated at 2500kg on the lower powered model and 3400kg for the other which benefits from an assister ram.

Two double acting spool valves (three can be specified) are fitted as standard as is a joystick loader control for the 8100. For the pto a 540 and 540E pto is supplied and there is a front pto driven from the engine crankshaft.

For the operator it looks as if significant efforts have been made to create a comfortable environment – a flat floor, generous amounts of glass, air conditioning and controls which are grouped to the right of the seat. 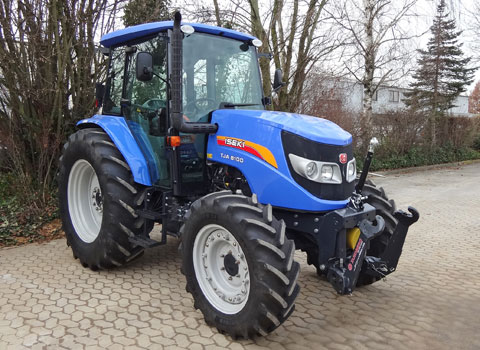