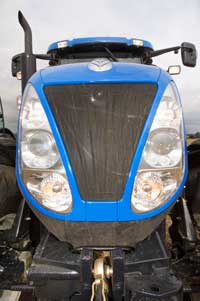 Tractor sales figures for the UK reveal huge regional variations, with the south-east the only area to show any signs of recovery.

The sales statistics released by the Agricultural Engineers Association for the third quarter of 2009 show an increase in sales in the south-east of England, albeit marginal, by a little under 1% to 1541 units.

That contrasts sharply with sales in Northern Ireland, which showed the highest rate of decline, at nearly one-third lower than the same period last year.

Other regions with marked declines were the West Midlands, down nearly 20%, and northern England, where 17% fewer tractors were bought. In Scotland, sales fell by nearly 16%.

There has also been a slight bias in sales towards larger arable tractors recorded as opposed to lower-hp livestock units, with sales of tractors over 180hp up 20%.

The first quarter of 2009 showed a 6.6% rise thanks to forward orders carried over from 2008, according to Chris Evans of the AEA. However, he second and third quarters haven’t fared so well, and the total number of tractors sold at the end of September was 13,056, a reduction of 11.3% on last year.

Mr Evans said the decline was sector specific. “Trends suggest strength in the arable sector, but livestock tractors between 70hp and 100hp are nearly a third down.” Overall, the average power of tractors bought was significantly higher than 2008, at 157.4hp.