An increase in the number of satellites whizzing around in space means growers have access to more frequent and better-quality crop imagery than ever before.

For the farmer, that means greater accuracy of variable-rate nitrogen inputs – a practice that independent research has shown can bump up yields in winter cereals by 3-8%.

On top of yield benefits, reduced variation in harvest conditions and grain quality, less lodging and disease pressure and reduced environmental impact through smarter use of inputs are all perks of variable-rate fertiliser. 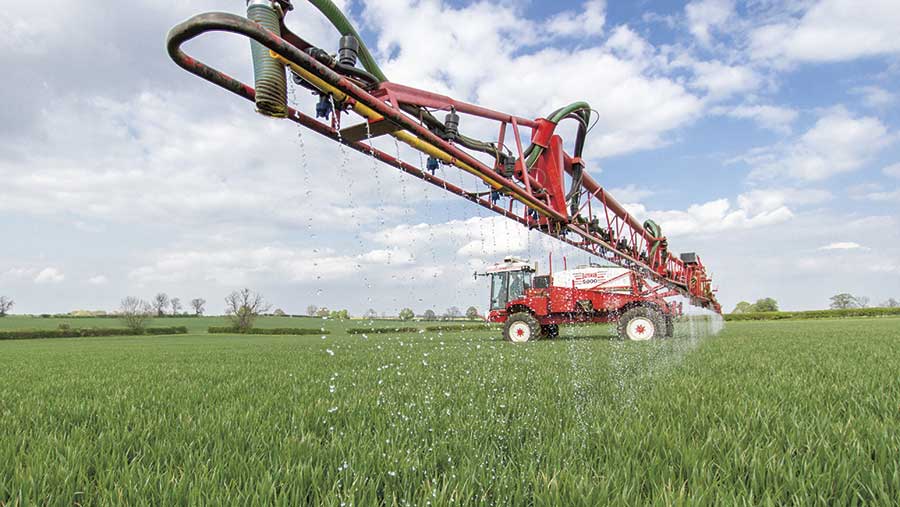 There is a range of technologies that can deliver varying fertiliser applications to cereal crops, including tractor-mounted light reflectance sensors such as Yara’s N-Sensor, infrared aerial imagery taken from light aircraft or drones and optical sensing imagery obtained via satellites.

All methods have their pros and cons, but satellite imagery regularly comes under fire for its unreliability.

This flakiness has been down to service providers historically relying on too few satellites and the UK often being covered in cloud, so growers typically had just two or three clear images of a field through the spring. 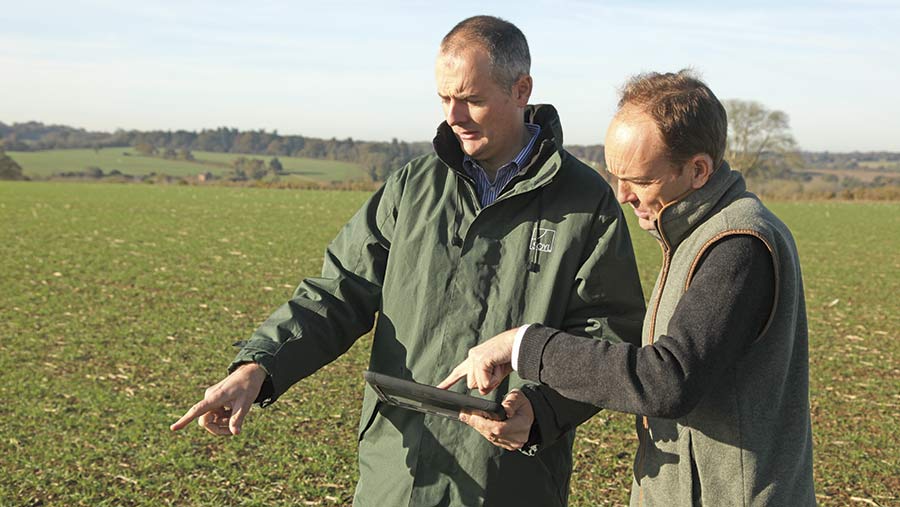 However, Simon Parrington of precision farming services provider Soyl says this has changed following the launch of several new satellites in recent years, which can provide more frequent and better-quality crop imagery.

“Most of our growers now receive at least 12 images through the season, so we can more accurately target their spring nitrogen,” he adds.

One farmer who has been taking advantage of the improvements in satellite imagery is Rob Waterston, manager at Welford Estates Partnership.

Mr Waterston looks after about 880ha of arable land, which is split in two by the M4 just west of Newbury. A huge variation in the farm’s soils was the driver behind the adoption of precision techniques as far back as 1995.

Some fields contain up to six different soil types, ranging from heavy clay to gravels with stone content as high as 60%, so not all can be managed in the same way.

Variable-rate application of phosphate, potash, magnesium and lime has already helped improve soil indices and pH, while thin ground with inherently low nutrient availability is supplied with more available P, K and Mg through the season.

The farm’s next step was variable-rate nitrogen, which kicked off in 2004. Back then, application maps were drawn up from just the two or three satellite images available, explains Mr Waterston.

“It meant that we were relying on imagery that was two or three weeks old and the crop can change a lot in that time, particularly if you had already applied some nitrogen and the crop was taking it up,” he adds. 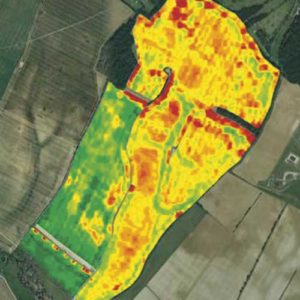 Even with relatively few pictures, Soyl trials hosted on the farm comparing flat-rate and variable-rate nitrogen have still shown a 3% yield increase in favour of variable-rate applications.

However, Mr Waterston now gets 13 fresh images through the spring, meaning he is always up to date with crop development, which in turn helps make better crop management decisions and push yield increases beyond 3%.

While such yield benefits are important, so is grain quality. The farm grows group 3 soft wheats Claire and Zulu and hard group 4s JB Diego and Costello, all of which have export potential from nearby south coast ports.

Yield performance has been good, with the five-year average now at 10.18t/ha, but protein levels have been lacking and premiums inconsistent, explains Mr Waterston.

“We are aiming for 10.7% protein for export, and dilution has been a problem on the higher-yielding parts. In some seasons, we have seen a 0.5% variation in protein levels.”

A combination of upping overall nitrogen rates, little and often split timings and the variable-rate application of N32+S liquid fertiliser through the farm’s Bateman RB35 with AgLeader controller is helping to counteract the dilution.

Soft wheats now get a total of 220kg/ha of N in four splits, starting in late February or early March and finishing with an application during booting (GS41-49), with rates varied by +/- 20% in places. Feed wheats get a similar dose, but in three splits and rates adjusted to potential.

The first two split applications are tailored to even up the crop and encourage tillering, with the third pushing areas with the highest yield potential.

The final application on milling varieties is then set up to push more N on to high-yielding spots, building grain protein and ensuring quality targets are hit and premiums gained.

“We manage it on a field-by-field basis by looking at the imagery. If a crop is pretty uniform, it may get a flat rate, but where there is variation we will adjust it accordingly,” explains Mr Waterston. 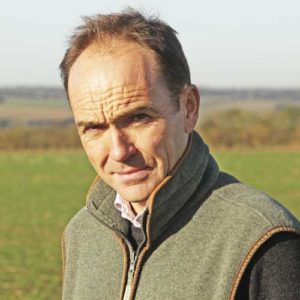 With all nutrient inputs under control, Mr Waterston decided to try out variable-rate seeding for the first time in autumn 2015.

6AHDB data shows average establishment of wheat to be about 67%, but that drops to 55% on heavier land, justifying the need to increase seed rates to counteract the impact of soil type and agronomic problems such as slugs and grassweeds.

Mr Waterston experienced some teething problems implementing the system, with the 8m Vaderstad Spirit purchased in 2012 requiring a software upgrade to work with the iSoyl iPad app that controls seed rate from the cab.

Since solving the problem, the system has been fully operational for the past three autumn drilling campaigns.

“It was a missing part of the puzzle and we are now putting more seed where we need it and crops are looking super-even,” he adds.

Variable-rate plant-growth regulator application is also just around the corner, with Soyl currently trialling the utilisation of satellite imagery to ensure backward areas of fields are not limited by blanket rate PGR sprays, particularly in oilseed rape.

The company is also involved in an ongoing project looking at how satellite imagery can be combined with historic weather data to uncover crop performance trends and influence management decisions.

How does the SOYLsense variable-rate N service work?

Satellites in the sky

When Soyl first offered its service, it used just one satellite and image resolution (or pixel size) was a mighty 30m.

Now there are five satellites and resolution is down to between 10m and 22m to fit within a typical sprayer boom width. Here is a rundown of the satellites that are improving UK precision farming services:

*How often a location is imaged

**The time of day when the satellite passes