Seven years after it was first launched, Berthoud’s Raptor self-propelled sprayer gets some useful upgrades for 2016.

For a start, the Bosch Rexroth hydrostatic transmission now has an Eco setting as standard.

You set a forward speed for the machine, which then automatically adjusts its engine and hydrostatic rate according to the load. Also, this mode can be combined with cruise control so that the user can redefine his working speed. 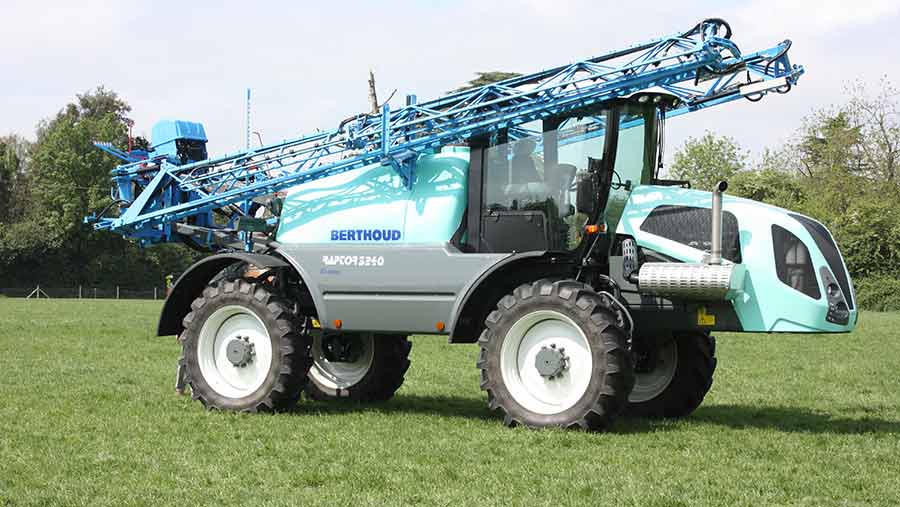 There are now three speed ranges: 0-18kph, 0-25kph and 0-40kph, with the last of these designed for road travel at an engine rate of 1,700-1,800rpm. The main aim is to cut fuel use and make things more comfortable for the driver.

Variable hydraulic track (except on the smaller 2540 model) is also now available, plus hydraulic ground clearance on mid-mount cabs that gives clearance from 1.25m to 1.8m. Prices start at £156,000 for the 24m version.