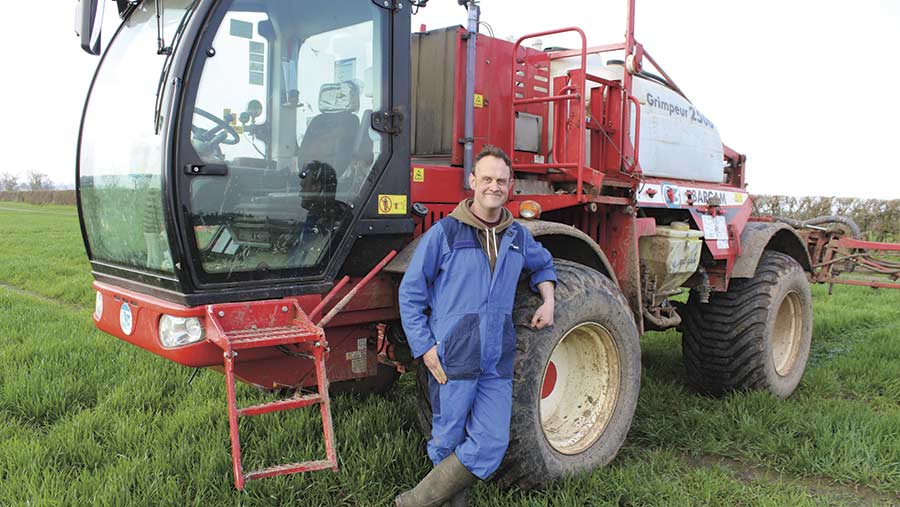 Since its heyday in the 1980s, the light and nimble low-ground-pressure sprayer has been gradually phased out In favour of bigger, higher-capacity alternatives.

But for many operators across the country, the importance of skipping daintily across soggy soils is still more important than covering vast acreages to a fill.

For those in the market for one of these machines, there’s sadly not a lot of choice.

A few hydrostatic makers build a lighter-weight machine, but for those that want a traditional mechanical drive, there are only three that fit the bill: Kellands’ Agribuggy, Bargam’s Grimpeur and Alanco’s Sprayranger. And we’ve recently been informed the latter has stopped taking orders for new machines.

Each of these can carry at least 2,500 litres of chemical and sit well under the 10t mark when fully laden. That’s quite a difference when compared with some of the largest self-propelled machines on the market that nudge the 13t mark without a drop of liquid on board.

To find out how each of these mechanical-drive machines has been fairing on farm we catch up with three operators that have been running their machines for two years. In the second of this series we take a look at Bargam’s Grimpeur 2500.

Since the mid-1980s Warwickshire farmer Rob Hadley has been a fan of low-ground-pressure sprayers. His first machine was an original petrol-powered Frazier Agribuggy and apart from a brief stint with a trailed machine in the early 2000s he’s stayed loyal to the format.

His latest machine is an Italian-built Bargam Grimpeur 2500 with 24m booms and a 2,500-litre tank.

Why did you buy a low-ground pressure sprayer?

I’ve always been into low-ground pressure sprayers, but in 2008 I decided to have a go with a trailed machine. The idea was that I could cut costs and have a higher-capacity machine for both spraying and liquid fertiliser.

I ended up buying a 3,500-litre Lemken Ecotrain with 24m aluminum booms, which was a fantastic machine. However, it was heavy, didn’t travel well in the wet and was a pain to back into the corners.

I also got fed up with hooking the sprayer on and off the tractor when I got busy. It got to the point where I needed to buy another tractor for the sprayer or go back down the self-propelled route, so I opted for the latter. 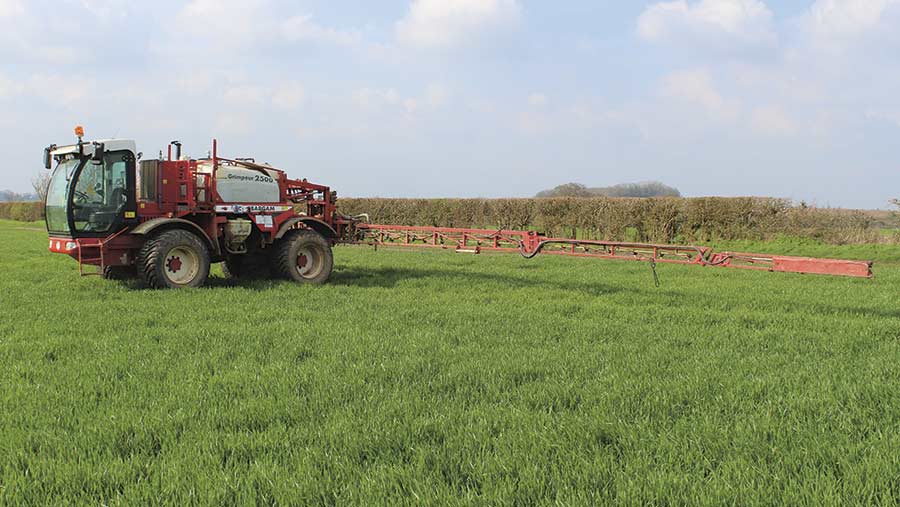 What made you pick the Bargam?

There aren’t that many genuine LGP options these days, so it was a toss-up between the Bargam, Kellands Agribuggy and the Alanco Sprayranger.

I’ve had Agribuggies in the past and they’re good machines in many ways. However, I had quite a few problems with the Melo axles and the automatic transmission isn’t as slick as a hydrostatic.

I also had a drive in a demonstrator Alanco and thought the cab was a little on the basic side. I looked briefly at a hydrostatic Househam Spirit because, surprisingly, it was coming in at a similar price to the others. However, the Bargam swung it for me as it has tough Dana Spicer axles and a combine-style, hydromechanical transmission.

This gives you the best of both worlds because you have the slick control of the hydrostatic lever in the cab and the grip and strength of mechanical drive. The sprayer was also basically the same as the Gambetti ones I’d used on Agribuggies for years, so it was nice and familiar.

I went for the most basic spec, which means there’s no GPS or auto-section control. However, the sprayer still has the same wiring as the most high-spec versions, which has caused a few problems.

I went for a 2500-litre tank and 24m steel booms with seven sections and triple-nozzle bodies. The only thing I splashed out on was some 750/50 R26.5 flotation tyres – I do like to have big booties on my sprayers. 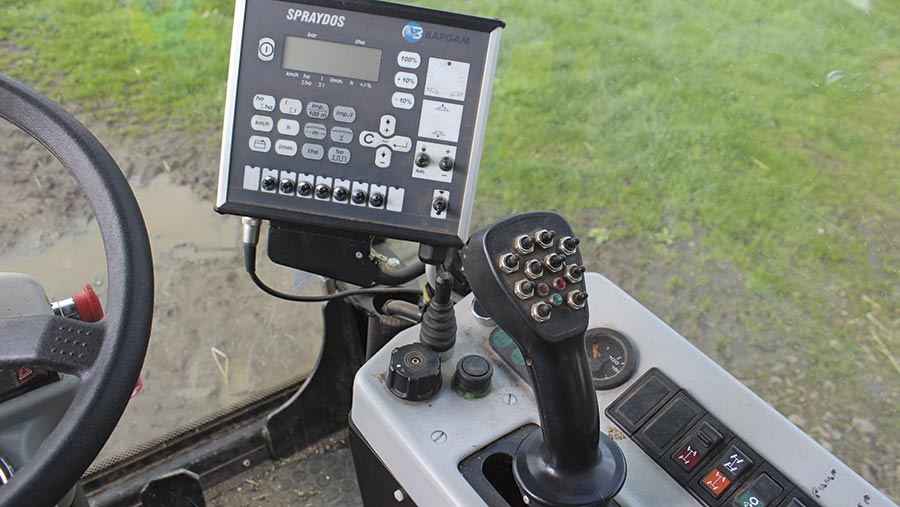 A So far it’s clocked up about 950 hours and I’ve been pretty happy with its performance. The 150hp Cummins engine has bags of power and the hydromechanical transmission gives you plenty of control.

When it’s full of liquid fert it weighs about 10t, but with the flotation tyres on it barely makes a mark. The sprayer itself works well, but the boom float is a little slow to react, particularly when you compare it to the Lemken I had before.

The cab is also a little small and basic and could do with some better ventilation. This is a different cab to the one fitted on the current model though, which I’m sure is much better.

There haven’t been any major breakdowns, but we have had some struggles with the ‘Alfa Romeo-quality’ electrics. Because our machine is fairly basic there are several unused connectors that the Italians just left hanging around uncovered.

Eventually, liquid fert crept into some of these, causing them to short out and make some very funny things start happening. When we eventually worked out that this was the problem, we gave them a thorough clean, sprayed them with WD40 and put them in an upturned screen-wash bottle.

We also sprayed wax oil over some of the connectors we couldn’t put in a bottle to help keep the fert at bay. So far it seems to have done the trick.

We also had problems with the exhaust cracking between the manifold and the silencer. After welding it up several times we gave up and added a section of flex pipe in instead.

One of the hydrostatic pipes burst too, but I was driving it in a fairly spirited fashion at the time. 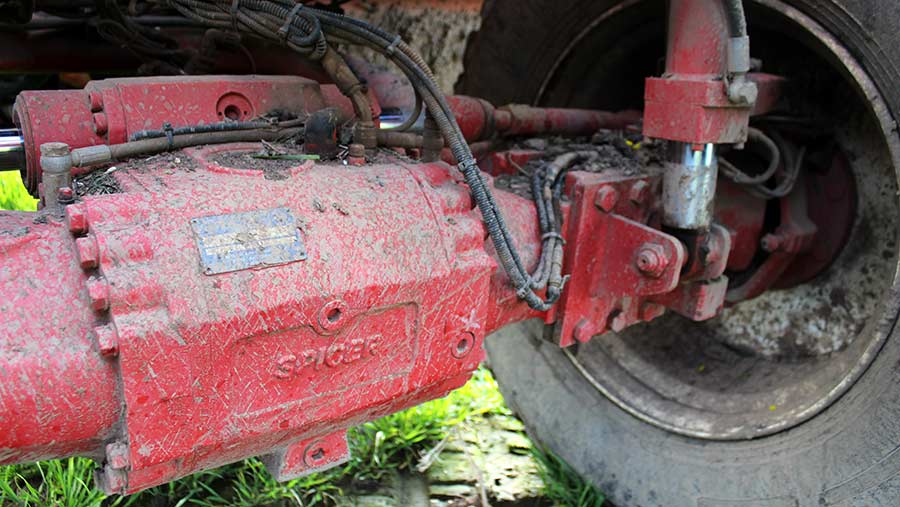 The Cummins engine is bombproof, the Dana Spicer axles are bombproof and I like the fact that it’s so simple (other than the wiring looms). The sprayer also does everything I need it to and I prefer the induction hopper to the one Kellands use on the Agribuggy.

The boom levelling and folding mechanism is less impressive, though, and you do need to watch out for it jamming when folding it away on sloping ground. The paint quality isn’t the best either.

I’d probably make the cab bigger and improve the air-conditioning system, but I’m fairly sure that’s been addressed with the new model. I’d also like a better paint finish and a slicker levelling system wouldn’t go amiss.

I declined to have it at the time, but part of me wishes I’d specced auto-section control. The rest of it I’d keep fairly simple.

I bought this one in 2013 and I’m hoping to get 10 years’ service out of it, so I don’t think I’ll be changing for a while yet. However, when the time comes, there’s a good chance I’ll get another Bargam.