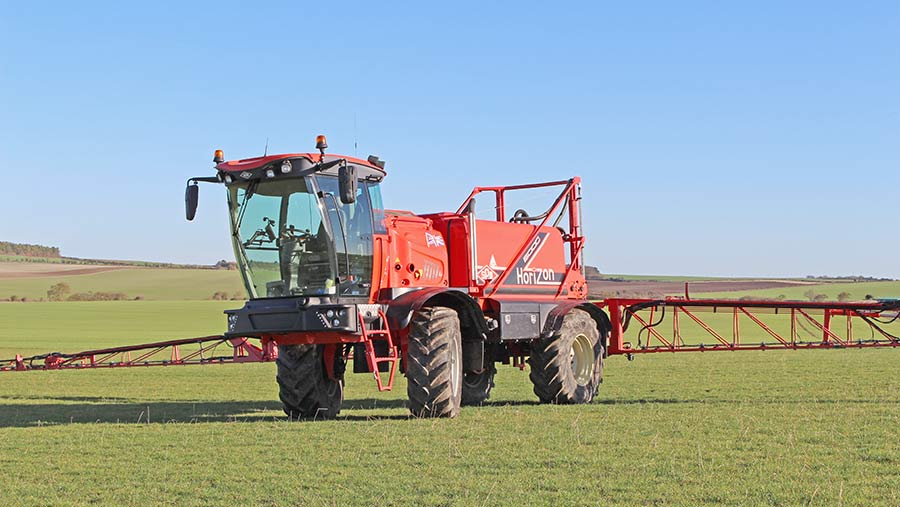 This time we’re focusing on British-built machines from Sands, Househam, Chafer, Landquip and Bateman, all with tank sizes of between 4,000 and 5,000 litres. 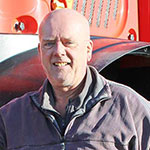 I’ve been on the farm nearly 40 years and all of our self-propelled machines have been from Sands. This is now our fourth SP model and we keep them for between eight and nine years.

The one I traded in was a 4,000-litre, 24m model, but we decided to go bigger to increase timing accuracy and I’ve also taken on more liquid nitrogen spraying. 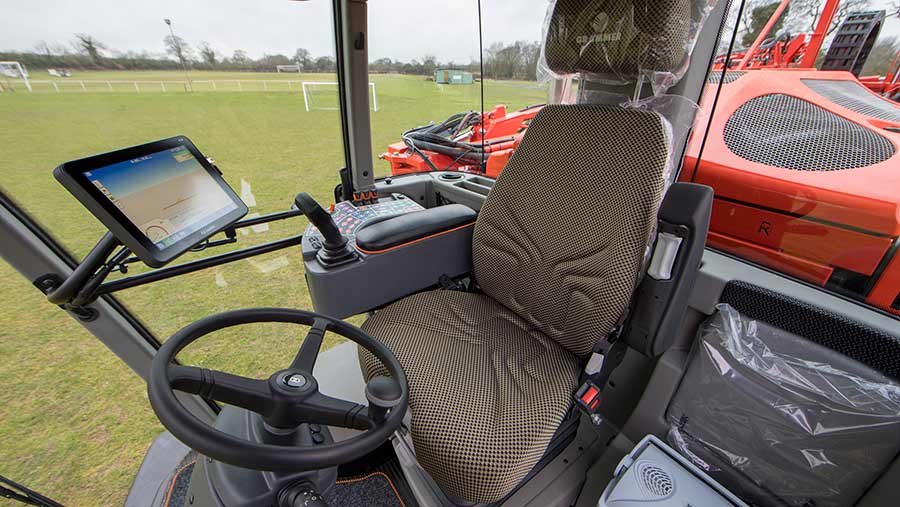 We always compare Sands’ offering with other machines before buying, if only to feel that we aren’t being left behind by technology.

We did seriously consider the Amazone Panterra – I even went to another farm for half a day to have a good drive of it.

But in the end we stayed with Sands, mainly because of its big tank, the decent back-up and because we know most of the staff there now.

This is the first time we will run a single set of tyres, on advice from Sands. We don’t have row crops anymore – the Michelin Cerexbib 620/70 R30s are reckoned to give the best of both worlds. 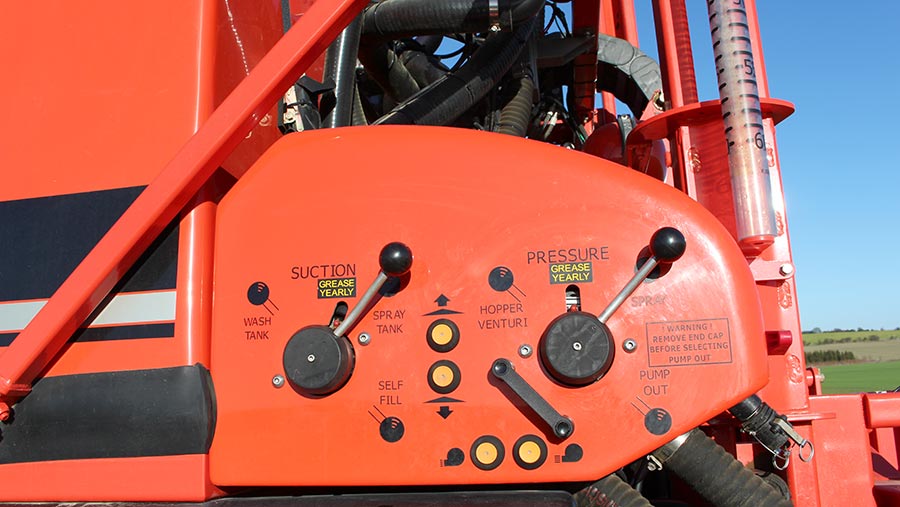 So far, I’ve done 960 hours and I like it. New machines always take a bit of adjusting to, but the extra tank volume has proved handy.

My view was that even if I don’t fill it up all the time, fibreglass doesn’t weight much, so it’s worth having the option.

The 3in fast-fill fertiliser inlet is rapid and leaves very little time to do anything else before 6,000 litres is on board, which minimises filling time.

I also like the rear camera, particularly on slip roads where I can see what is happening around me.

The new tyres have caused a few issues as the machine sits higher all year round. Getting in and out of the cab was a bit of a leap and the control panel for filling is now a reach.

But Sands has been quick to replace the steps for some slightly lower ones and I think it may now be standard on all machines fitted with the Cerexbibs. 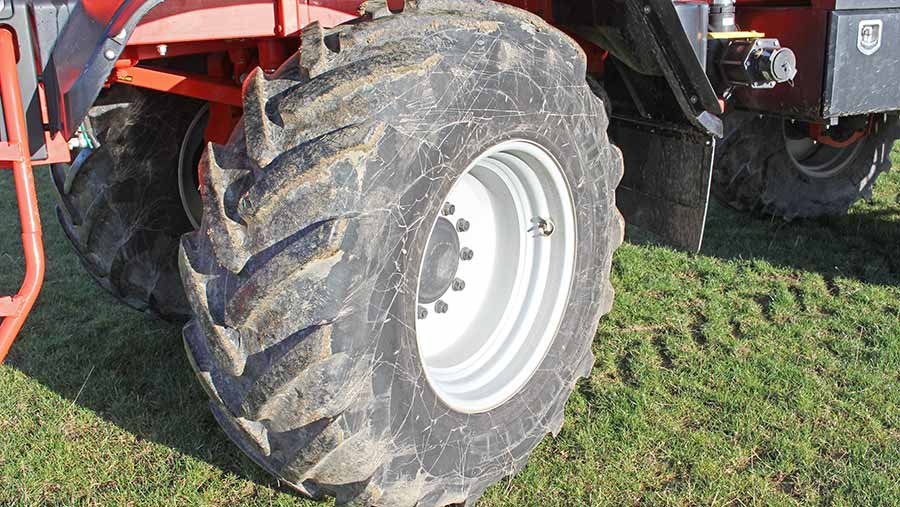 The control panel is hydraulic on our model but, in hindsight, we should have gone for the electric option. The levers have become stiff and, with the extra height, can be troublesome to turn.

Sands has done away with the old-style sliding door we had on our old model because it didn’t seal tightly enough.

The new version opens outwards and helps meet Cat 4 filtration standard, but I much preferred the previous version. 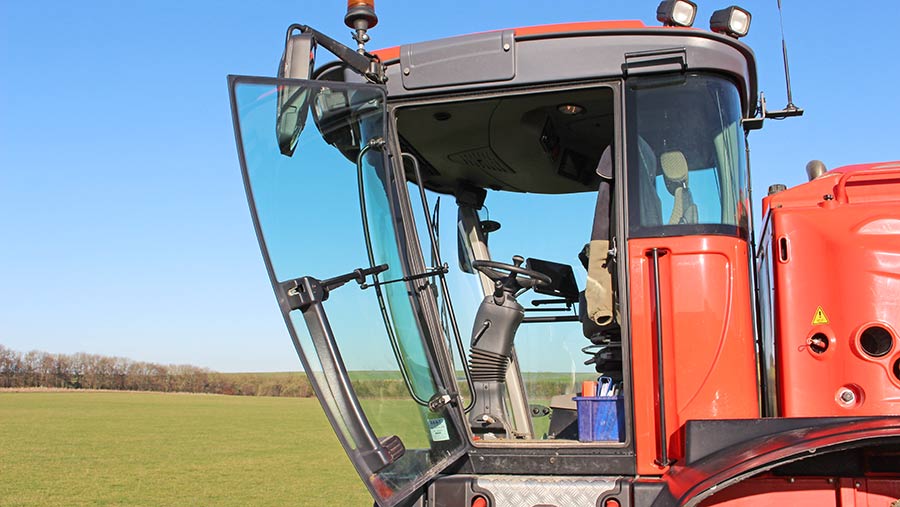 One thing we didn’t have on the oldie was an induction hopper measure indicator. I found it tedious measuring out chemical into a jug to pour straight in the hopper, but I can now shut off the water, decant the exact amount into the hopper from the can and then open the taps to let it in.

We’ve only had it for a year and it’s been pretty trouble-free so far. There have been a few issues with the higher tyres, but Sands has been very quick to rectify them with new steps and extended front and rear mudguards to prevent lumps of mud taking out nozzles when folded and travelling on wet soil.

We do all our own servicing on the farm and I have found the access to the Deutz engine is tight to get filters changed.

The centre boom height sensor has been a bit problematic too, but we eventually worked out that the foam cap was filling up with dust and stopping the film sensor from working.

Apparently it’s quite a common issue with these central sensors and is a pain when it plays up in the middle of the field – particularly when trying to sort the flimsy part with dirty hands.

However, the boom is great and pivots from the end of the main sections, rather than from the sprayer’s body.

We’ll probably have another look at sprayer options in five years time, but by then I may be happily retired.