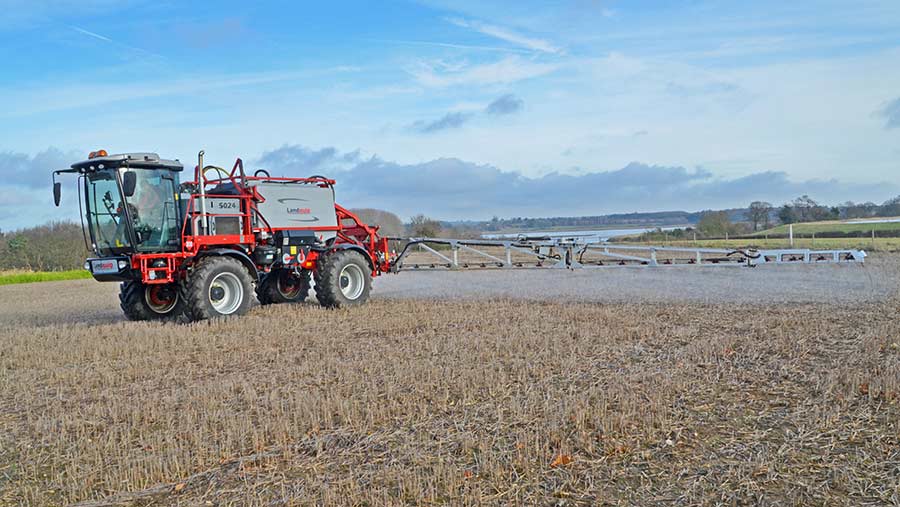 This time we’re focusing on British-built machines from Sands, Househam, Chafer, Landquip and Bateman, all with tank sizes of between 4,000 and 5,000 litres.

We start with Nick Blower and John Tooley talking about their 2018 Landquip CV228. 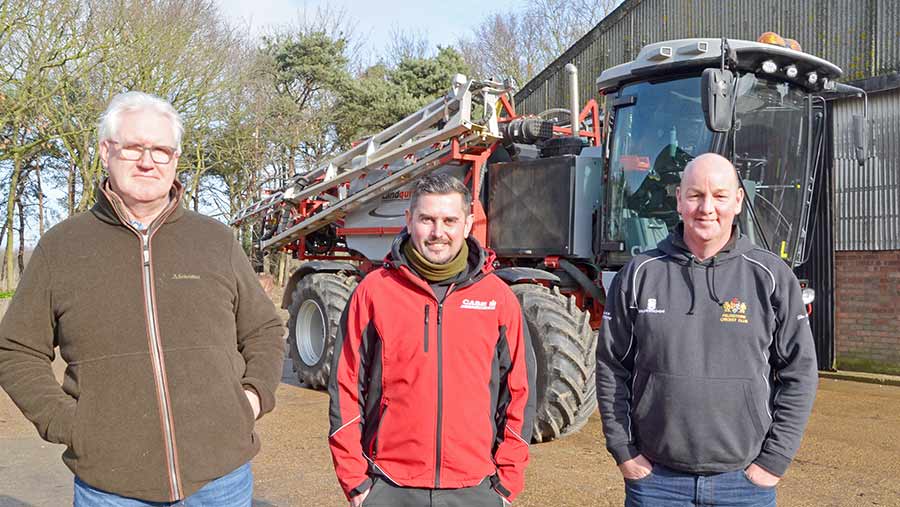 Because we use liquid N fertiliser, the sprayer comes under a lot of pressure through the spring.

With increasingly tight weather windows through that period we needed more capacity to make sure we got round everything without compromising timeliness.

To further take the pressure off, we’ve also moved back to using 50% granular nitrogen, hence the decision to stick with 24m tramlines to guarantee accuracy from our Kuhn Axis spreader.

We had excellent service out of our old Landquip and the only issues we had were niggly things.

Being just 30 miles from their HQ, we get excellent back-up should anything go wrong and their staff know the machine backwards.

When we’re deep in that busy spring bottleneck spraying 14-18 hours a day, we can’t afford any downtime so having them on the doorstep is a godsend.

Like our old machine, the new sprayer uses a Househam skid-unit – chassis, engine, transmission and cab – with the Landquip spray-pack and Pommier booms.

It’s a combination that we’ve proven works really well for us so there was no need to move away from what we know.

Having over 40% more tank capacity has made a huge difference to our daily work rates simply by reducing our downtime running back to refill.

Where previously it would take five to six days to get round our entire acreage, we can now do it in three.

The other big factor is the new machine’s extra stability. Being about 0.4m longer, the heavy bits are centrally positioned between the axles so it’s well balanced whether full or empty.

On top of that, a move to a parallelogram linkage from a ladder-frame means boom movements are less erratic on undulating ground.

The Pommier corrosion-proof aluminium booms are lightweight, so they aren’t as prone to stress fractures when travelling at high speeds

We can now reliably travel at 15-18kph, which means that in a normal nine-hour day we can comfortably cover 200-250/ha.

If we really need to push it and weather conditions allow, we can do 350-400/ha by double-shifting the sprayer.

We’ve struggled to come up with much as we genuinely feel that there aren’t many better sprayers on the market.

The cab lacks decent stowage for things like pens, calculators and paperwork and could really do with a phone holder, even if it was just a simple tray.

But you’re looked after on the catering front – there’s a proper fridge under the passenger seat and a drinks cooler in the roof.

Visibility is generally good, but the lower half of tank level gauge isn’t visible from the seat without leaning right across to see around the corner of the tank.

It’s not that much of a problem as the indicator rises towards the top as the tank empties.

The positioning of the rear-view camera could be improved to spot blocked nozzles behind the tank. 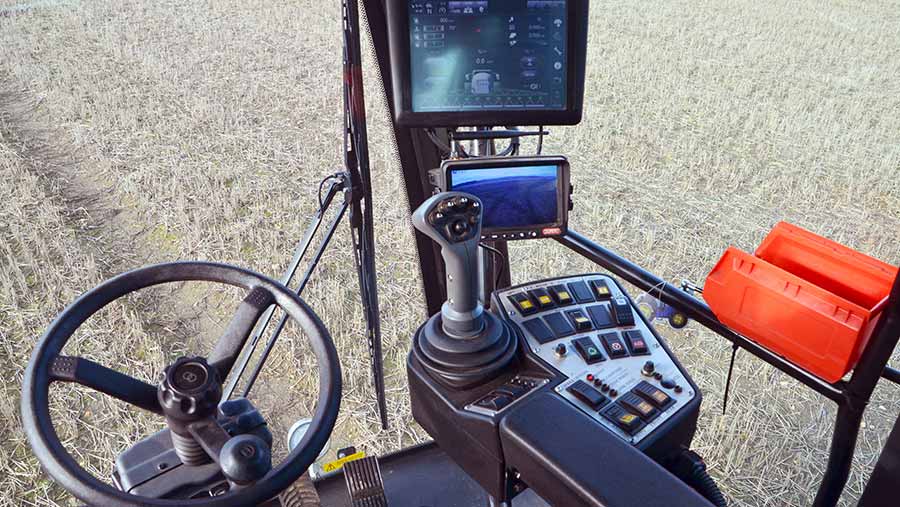 In a year there hasn’t been a single issue with the spray pack. However, there were some teething troubles with the skid-unit.

But it didn’t cause us any significant headaches. Househam was very quick to come out and resolve the issues, and we still had our old sprayer for us to fall back on.

We’ve also got Landquip’s Stack-and-Jack system for changing the wheels. It has a 15t bottle jack at the top and four interlocking steel sections to get it to the correct height without using wobbly piles of wooden blocks.