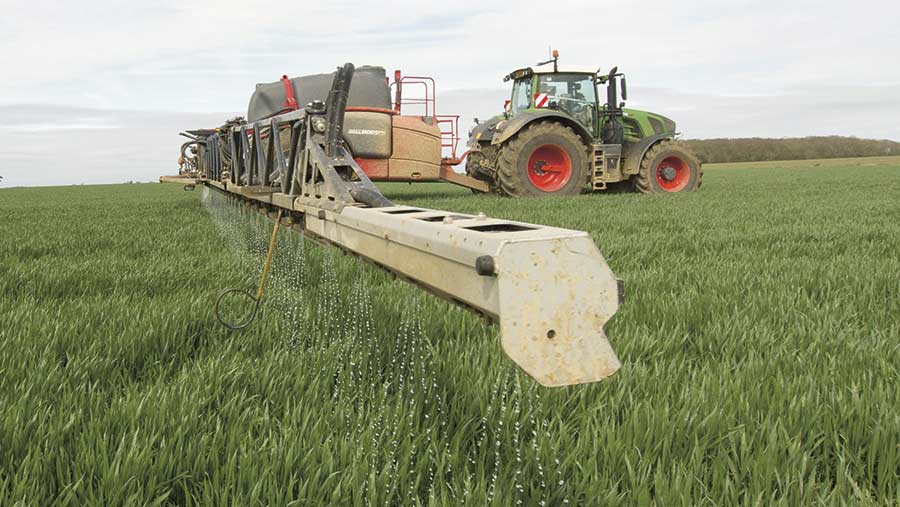 Switching from a self-propelled to high-spec trailed has taken the chore out of spraying for one Bedfordshire farm manager, with a Horsch Leeb 6LT and Fendt 828 combo offering both comfort and ease of operation.

Cropping about 685ha at Staploe, just west of St Neots, Bassmead Manor farm has had a history of self-propelled machines since manager Ben Hall arrived on the arable unit more than a decade ago.

These have included a mounted setup on an MB Trac, followed by a 24m Cleanacres Atlas and most recently, a 36m Sands Vision which was on the farm for five years and clocked up more than 2,700 hours.

Six months before changing the Sands last year, the farm invested in a new Fendt 828 to carry out all cultivation and drilling duties as it completes its transition to a no-till establishment system.

Mr Hall was so impressed with the comfort of the tractor that he found it difficult to walk past it, sat idle in the yard, when heading out on the self-propelled for the day.

“When I’d done a day’s spraying on the previous machine, I knew about it – you’d come home absolutely knackered,” he tells Farmers Weekly

“One of the big reasons for switching to a trailed was comfort and we also needed to try and utilise the tractor a bit more.”

With a policy of trying to invest in the top kit, Mr Hall’s eye was caught by German maker Horsch, whose sprayers have been gaining a strong reputation since its tie-up with specialist sprayer manufacturer Leeb in 2012.

A nearby grower had organised an on-farm demo of its trailed 6LT, and after going along to have a look, the farm’s hierarchy had no hesitation in placing an order for a new machine without considering any alternatives.

“I was very impressed with the weight ratio on the back axle of the tractor and the back of the sprayer,” Mr Hall says.

“When you have a 6,000-litre tank and you’re using it for liquid fertiliser applications, it’s important not to make ruts when its wet, particularly as we move to direct drilling. We try to look after our soils.”

It is also kitted out with 36m triple-fold booms with LED lighting for night spraying, all controlled by Horsch’s Boom Control ProPlus feature. 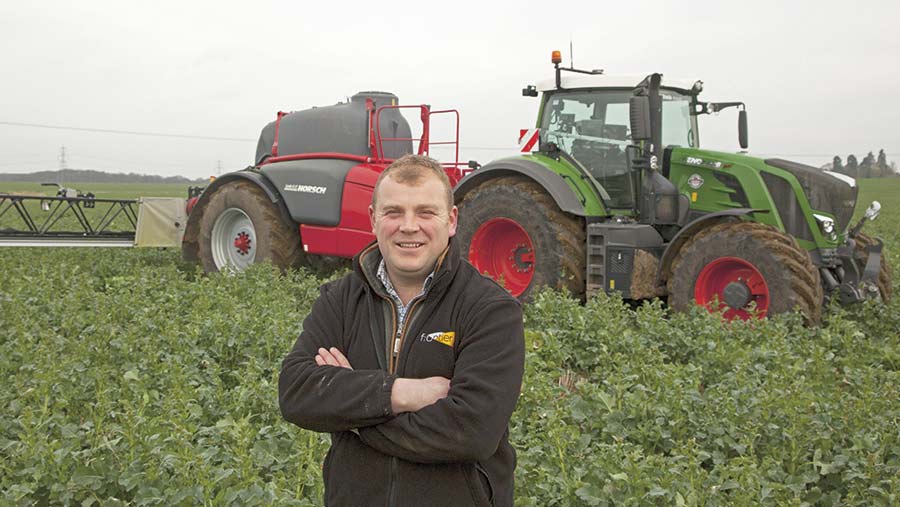 This uses sensors positioned along the boom and double variable geometry – in effect it can move each section above or below level – to maintain correct boom height across the machine’s width.

Although north-east Bedfordshire doesn’t have the most challenging topography, Mr Hall has a couple of fields where the system works hard to hug the ground without any operator input.

“It also sits 30cm from the ground or crop all the time, so we’ve found we are getting more spray days and less drift [in marginal conditions] to help maximise its use.”

Mr Hall also opted for a nozzle configuration that gives him maximum flexibility, with the 4-1 setup having a cluster of four at the standard 50cm spacing, with a single in between at 25cm. 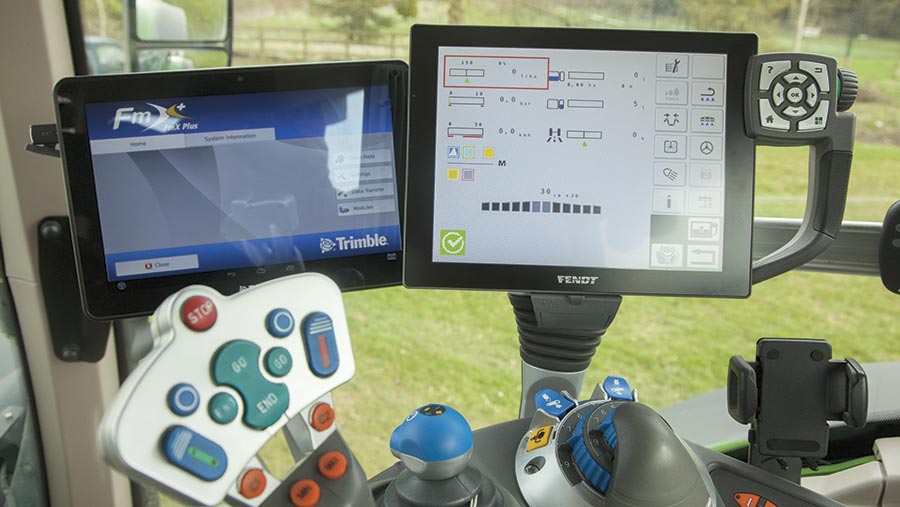 He runs 06 and 010 liquid fert caps and the controller – run through the Fendt’s Isobus terminal – automatically switches between the two, depending on speed and rate, to prevent pressure getting too high when feeding his crops.

An 03 100-litre low-drift air induction nozzle takes up one of the remaining two spots on the cluster, while an 80deg 02 Defy makes up the fourth and sits on the 25cm single outlet in between, giving double overlap at 35-40cm above the crop.

“The great thing is any nozzle can be selected from the cab, so there is no turning of nozzle bodies.

“When working at 25cm [with the 02 Defy] in ideal conditions, coverage is brilliant for pre-emergence blackgrass control, but it can be a bit drifty on a normal spray day,” adds Mr Hall.

Not holding back on extras, the machine also has Horsch’s automatic Continuous Cleaning System Pro (CCS Pro), which uses displacement instead of the typical dilution to clear out the guts of the machine.

Its blow-out function uses compressed air to push out any residual chemical in the spray lines before a separate cleaning pump feeds clean water into the main tank to wash it out.

The main pump then takes over to circulate the washings around the rest of the system before pushing it out of the nozzle, giving a quick and thorough clean using very little water.

“You can move from Roundup [glyphosate] to a fungicide in 10-15 minutes, so it saves a lot of time between jobs,” he says.

When filling, the induction hopper helps speed things up between loads, operating at 6bar pressure to suck chemical in efficiently. A digital control panel under the hood also allows a pre-programmed loading, automatically shutting off the water supply at the desired level.

Mr Halls says hitching on and off is also a doddle, with a hydraulic powered stand eliminating winding or fiddling with clips and pins. In addition, only hydraulic flow and return pipes, Isobus cabling and an air brake line requires coupling or decoupling.

The only gripe Mr Hall has found so far is when reversing into corners, where it can be difficult to see behind and keep the sprayer in the same wheelings each time without manually lifting the boom up.

Ideally, he would like to have a system that automatically raises the boom when reversing to let you see over the mudguards and then drops back down as you pull back into work.

“Apart from that, everything is the right place and with the 828, comfort for a full day’s spraying is second to none and you actually look forward to going spraying,” he says.