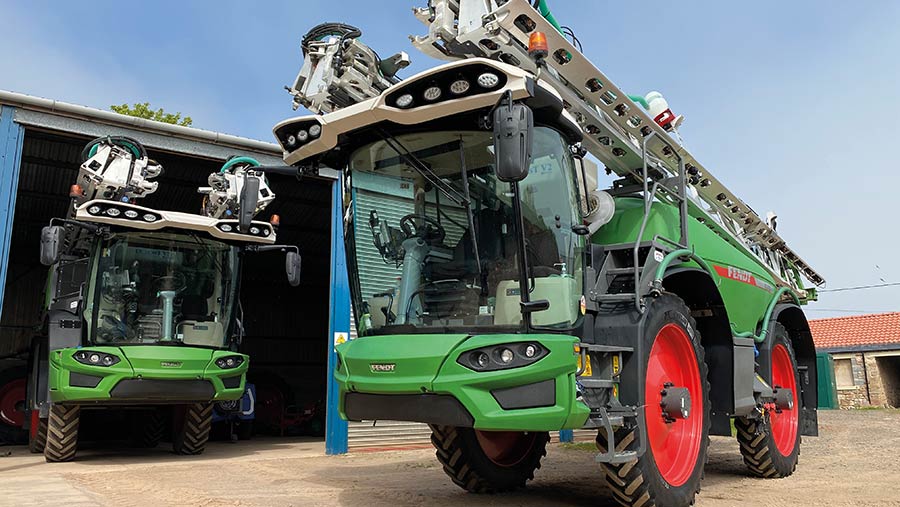 Judging for this year’s Farm Sprayer Operator of the Year competition is now in full swing. We caught up with one of the finalists to get the low-down on his machine.

Danny Milazzo runs one of two Fendt Rogator 645s owned by vegetable producer Drysdales in Berwickshire, where he has worked as the main sprayer driver for the past three years.

See also: What to look for when buying a used trailed sprayer

Q. What sprayer are you using?

Drysdales recently invested in two Fendt Rogator 645s with 5,000-litre tanks and 36m booms, which will be kept busy year-round on swedes, sprouts and leeks.

Before these, we had a 10-year-old Multidrive 6195 with a Knight demount spray pack and a three-year-old self-propelled Bargam. Both had 4,000-litre tanks and 24m booms, but we decided to go to 36m to increase capacity and improve the timeliness of applications, which is essential with fresh produce. 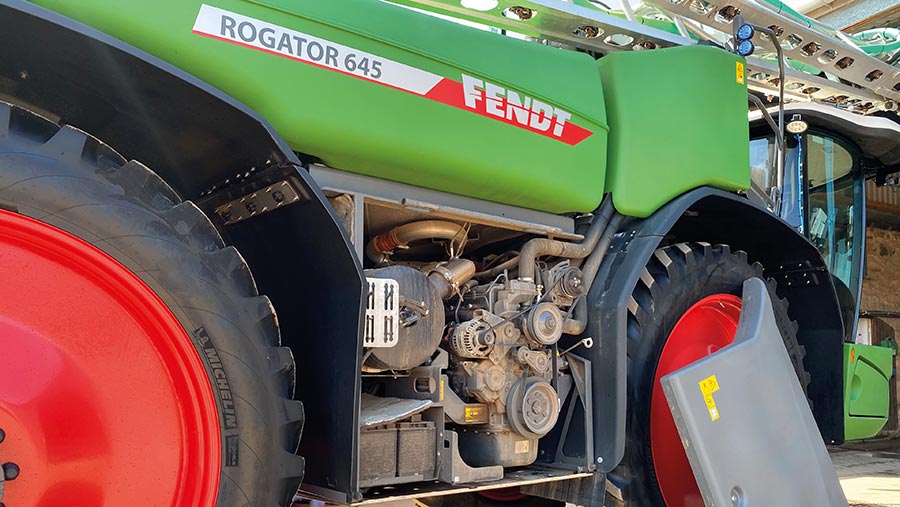 It would have cost £10,000-£15,000 to get the Bargam’s booms extended, so we cut our losses while it was still worth something. I reckon the extra width and capacity will shave about 200 hours off our annual workload.

We tried almost everything before committing to the Rogators, including machines from Agrifac, Chafer and Sands. In the end, it came down to a straight shoot-out between the Amazone Panterra and the Rogator as, in our opinion, they offered the best combination of comfort and boom ride.

The clincher was performance on some of our steep hills. The Amazone just couldn’t get up the slopes in the wet, whereas the Rogator cruised up at 16kph.

They obviously weren’t cheap – about £280,000 each, albeit on four-year leases – but the farm manager, Paul Wilson, has been committed to improving the machinery fleet, so price didn’t really come into the conversation.

In the end, we had to take two ex-demo machines, as Fendt couldn’t build new ones in time. One, on 150 hours, came from Thurlow Nunn Standen via our local dealer, Ancroft Tractors in Berwick, and the other was Fendt’s own, with 300 hours on the clock. 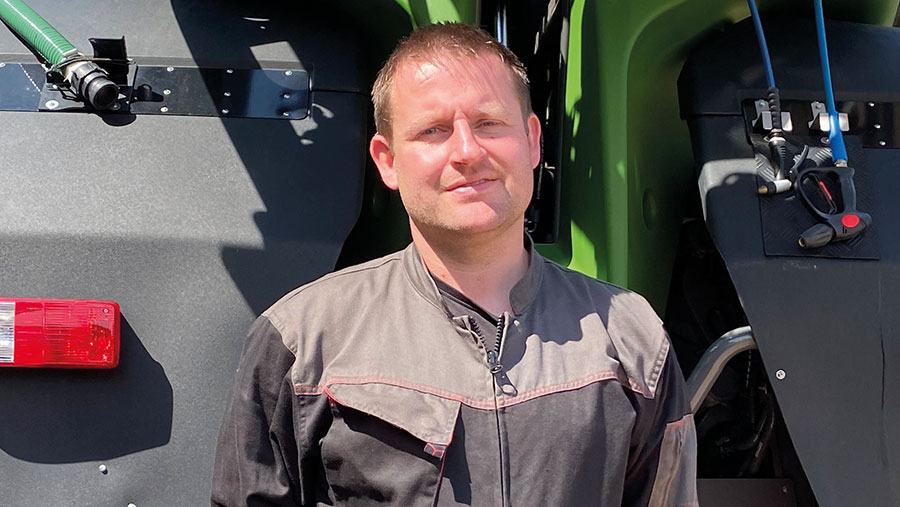 Q. What extras did you get?

Given that they are both ex-demo, we didn’t get much of say on spec. However, they both have everything we wanted. Individual section control was a must, as we’re applying more than £1m of chemical annually and both timing and accuracy are essential – the diamondback moth can decimate a sprout crop if you’re not on the ball.

Fendt has just announced it will be working with Raven to offer pulse-width modulation (PWM), so it wasn’t an option at the time. But I think individual nozzle control is better value for money and will deliver plenty of cost savings – it’s pretty hard to claw back a £30,000 outlay on PWM solely through turn compensation and consistent droplet sizes.

One of the few differences between our two machines is nozzle bodies. Mine has a manually adjusted five-way body, which has worked fine. The other machine has Fendt’s 2+2 Dualselect electrically controlled bodies, which switch automatically to maintain consistent droplets. 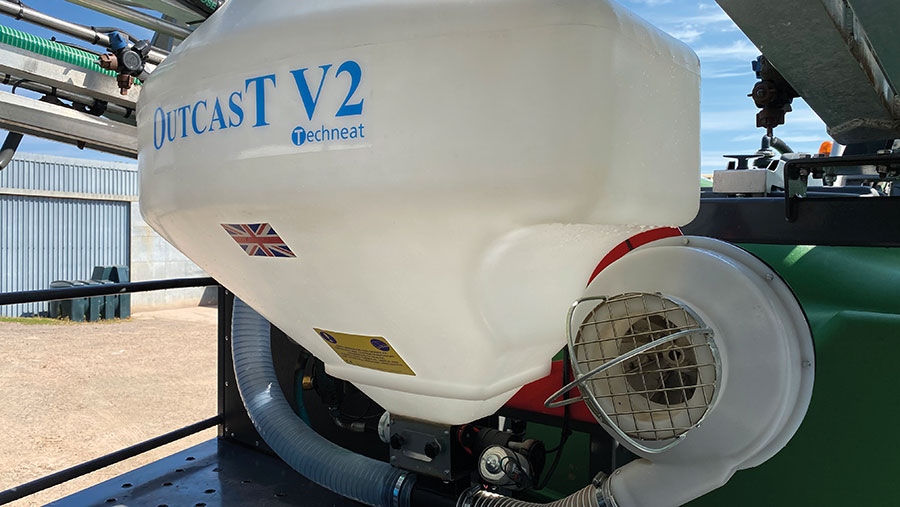 The fancier system has been more of a hinderance than help so far, though. The wiring loom on the boom corroded within 500 hours, and it seems to be a pretty common problem. Fendt has said there will be a product recall imminently to upgrade the dodgy looms.

The only other variation between the two is boom levelling – one has Norac’s five-sensor UC5 kit and the second uses Fendt’s four-sensor Optisonic. As far as we can tell, there’s very little to split them – they’re both pretty good.

Guidance-wise, both run Novatel Terrastar-L through one of the cab monitors. The subscription is only £300/year and, at 5cm accuracy, isn’t far off RTK, so we never have to reset it when returning to a field. I have a second 10.4in screen for spray information.

For slug pelleting, we mounted a Techneat Outcast V2 applicator on the platform in front of the main tank, which feeds three cyclone outlets on the boom – each covering 12m. We used to have Stocks hoppers out front on the old sprayers, but they blocked the view slightly and threw dust towards the cab.

Other extra bits of kit include a reversing camera mounted above the tow hook and a full LED light package. A nozzle camera, or blockage detection, would be a nice addition, but I’m yet to have any problems in that department.

Q. How has it performed?

The wiring loom issue has been the only major problem so far. Other than that, both machines have been brilliant.

The Rogators might get slated for their weight, but it’s so evenly distributed – no matter how much liquid is in the tank – that you’d never know they are 12.2t empty. Having the engine mounted between the wheels helps keep the centre of gravity low and, on 54in wheels, the footprint is huge, with almost four cleats on the ground. The Amazone Panterra was about 700kg lighter, but that made no difference when it came to hill climbs.

The biggest plus for us is the operator comfort. We clock up a huge number of road miles, travelling up to an hour-and-a-half across a 60-mile radius to Edinburgh in the North and Berwick in the South. 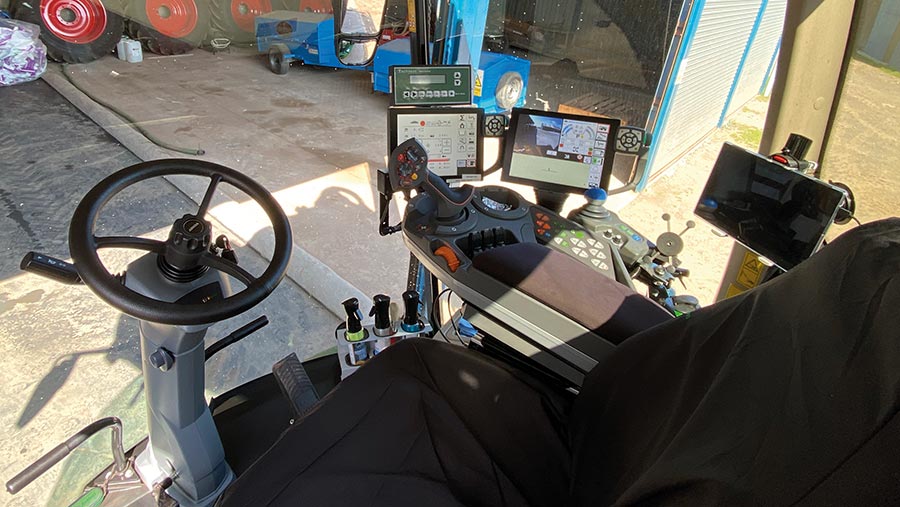 It cruises at 50kph and there is nothing on the market to match the ride – the only thing that could possibly improve performance is a central tyre inflation kit. We spend so much time on the road that we run the Michelin VF 380/90 R54s at 50psi, but it would be nice to soften them slightly in the field.

The hydrostatic transmission is good too, and because there are separate pumps for the wheel motors and spray pack, there is always plenty of power for long uphill drags. It’s also very manoeuvrable for a big machine, though we’ve found the steering isn’t particularly responsive when the oil is cold, causing the rear wheels to turn far slower than the fronts.

The only other downside is that it’s thirsty on both diesel and AdBlue. 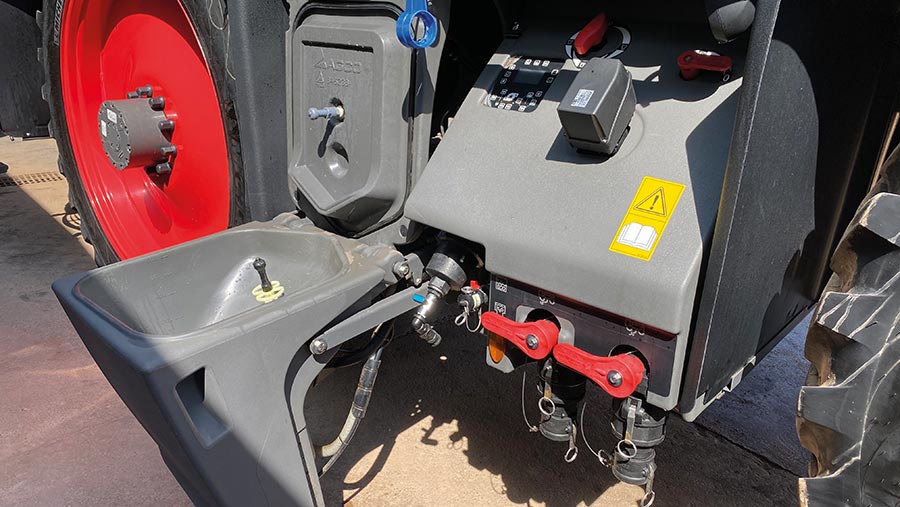 Q. What are your go-to nozzles?

Our water rate averages 300 litres/ha to maximise coverage mid-season and penetration when crops are thick. I tend to use asymmetrical Lechler twin flat IDTAs with ceramic tips for pre-emergence and the first nutrition application. The coarse, heavy droplets drive into a standing crop and do a good job.

Lechler IDK and IDKTs come into play for first-stage fungicide and insecticide applications, producing a fine/medium droplet for optimum coverage. I then move back to IDTAs when the crop canopy has really thickened out.

Lechler’s 05 browns produce a good balance of droplet size and coverage – they can be run at anything from 200 to 300 litres/ha.

Q. What’s your spray store and fill-up area like?

We have water sources at most of the farms we work on, but during the peak spray season in midsummer we have a man ferrying a 12,000-litre bowser and two IBCs to maximise output.

The chemical store is at our main depot. If we are working at other farms, we load up a couple of small trailers with everything we will need and tow them behind the sprayers, but there is also an 8,000-litre water tank for local work. It’s enough to keep two sprayers going.

Switching from piston to 785-litre/min centrifugal pumps has made a massive difference to loading time – so much so that we sometimes try to slow it down to avoid pausing the cycle, which recirculates mixed chemical through the induction hopper.

As for spray records, we put the information in a tablet in the cab and then print it off. However, we’re looking to go paperless in the future, sending the application information straight to the Variodoc software in the screen.