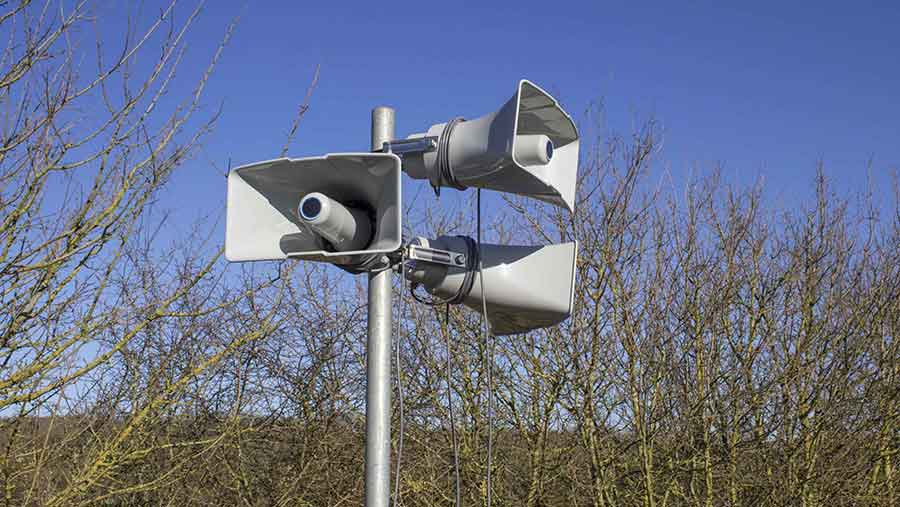 Farmers looking to keep pesky pigeons and rooks at bay without rattling their neighbours’ window panes with a gas banger now have the option of a new audio bird deterrent.

These make the animals stay well away from the area – and because the sounds are played at the same volume as natural birdsong, there is little chance of inciting rage among touchy villagers. 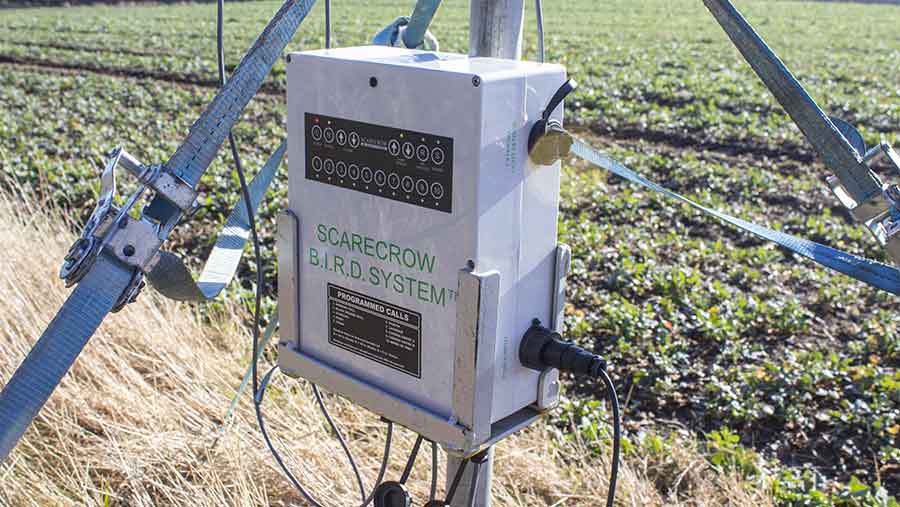 Distress calls are species-specific and the farmer can pick the sounds the system sends out depending on which bird is causing a problem at the time.

All the main culprits such as pigeons, crows and rooks are pre-loaded into the system and there are even options for starlings and geese.

Depending on the severity of the problem, the farmer can select from a number of modes, using the built-in control panel.

“Standard” mode caters for a light smattering of feathered invaders, “re-enforce” mode deals with larger populations of more stubborn operators and “severe” tackles flocks that have made themselves well at home.

All modes can be set to play at random or, by using the built-in light sensor, at dawn or dusk.

In standard set-up, the system has a main control box and three loudspeakers mounted on a pole. However, it can accommodate up to 30 speakers if you have a large area to cover.

According to Scarecrow Bio-Acoustic Systems, farm trials have shown the system can be effective at up to 300m.

The system is being distributed by Martin Lishman and has a list price of £1,535.